You are here: Home / SHTF Plan / Mainstream Media Now Claiming That It Is A CRIME To Investigate Hillary Clinton’s Ties To Russia 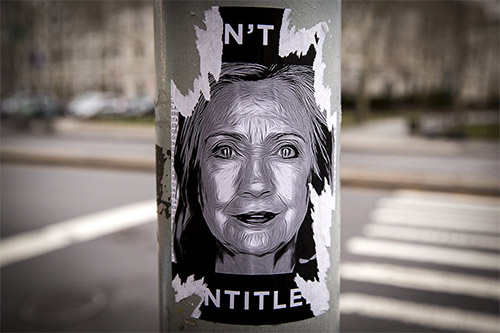 As the public has finally began to realize the extent of the corruption surrounding Hillary Clinton, including the now infamous Russia Uranium One deal, the mainstream media has gone into hyper-drive to discredit and distract from documented facts and are now going as far as to float the idea that Trump may be committing a crime for simply investigation Clinton at all.

That’s right, in the sick world of the establishment media, Trump is committing a criminal act by even considering an investigation into shady Clinton dealings with the Russians. After all, she is above the law right?

Even more disgusting, the so-called reporters spewing this nonsense are using the fact that Mueller is conducting a deep state operation (now discredited) against the president that accuses him of working with Russia to win the election when in reality it is the exact opposite. In other words, Trump is being accused of something he didn’t do but because of this, he can’t investigate real crimes committed by Clinton.

During an appearance on MSNBC’s “AM Joy” legal analyst Paul Butler laughably claimed that it “absolutely is” obstruction of justice for the government to investigate Hillary Clinton because….. Russia.

“Would these attempts to distract from the investigation, even attempting to unseal or remove the gag order from an FBI informant in order to further what is essentially a side investigation that they’re pursuing, is that in itself an element of obstruction?” Host Joy Reid stunningly asked, making clear that she believes selling off 20% of the countries uranium supply to Russia is a “side issue”.

“It absolutely is. The statute says if you try to impede a federal investigation, then you are guilty of a federal felony. And with Donald Trump, it’s not just that he asked for a pledge of loyalty from his FBI director. It’s not only that he asked the national security intelligence folks if there’s any way they could thwart the investigations, not only that he reaches out to Michael Flynn after he’s been fired and tell him to keep your head up. I’ll see what I can do. It’s this attitude that he has,” Butler declared.

Not only does the above exchange once again show the establishment media’s ridiculous bias, it also shows that they are now running scared about the recent revelations and have since resorted to straight up nonsense as some sort of Orwellian defense.

Amazingly, criticism of even considering investigating Clinton didn’t stop there, as another guest on the show accused the “autocratic” Trump administration of attempting to get Clinton locked up over nothing. Keep in mind, we have literally dozens of reports showing how guilty Clinton actually is.

“Trump’s trying to feed his base. He’s trying to set up prosecution and persecution of people who he dislikes,” Fake news journalist Sarah Kendzior told Reid. “He was not able to deliver. There’s no wall. There is still Obamacare, and so he’s shooting for lock [Clinton] up.”

In other words, Clinton has done nothing wrong at all and the only reason anyone is even talking about the failed presidential candidate is because Trump is failing in other parts of his presidency.

This is pure desperation at its finest folks.

“What I worry about is that this lock her up will extend beyond Clinton to any kind of opponent. He targets private citizens. Last week, he was targeting a grieving widow. So, there’s really no limits to what this administration would do. And so, I think even though it’s become obvious that this propaganda blitz was in part due to draw attention away from what Mueller did, we need to watch it in the weeks to come because his is an autocratic administration and I don’t think that they’re going to stop with these baseless smears and persecutory attempts,” Kendzior continued, adding in a mix of straight up lies and mischaracterizations while claiming with a straight face that Clinton has done nothing.

It doesn’t get any clearer than this. No matter what the Clinton machine is found to have done, the mainstream media, especially the puppets at MSNBC, will go to bat for her and they are now so desperate that they are willing to float the idea that even investigating queen Hillary is a crime.