You are here: Home / SHTF Plan / LOADING UP ON SILVER: The Whole World Will – DECIMATION!

This article was contributed by Tom Beck of Portfolio Wealth Global. 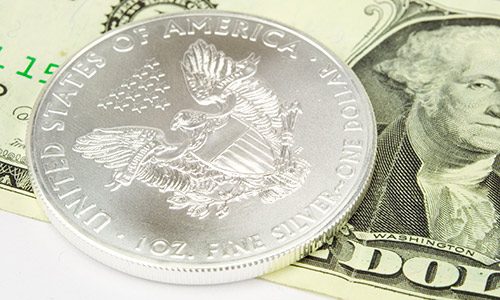 I’ve made my career living by this mantra: DON’T try to change the world, ADAPT to it. In the next two years, WHOEVER is willing to SEPARATE his personal DISGUST of how corrupt, useless and UNFAIR the financial system is from the OPPORTUNITY to capitalize on the INHERENT flaws that this very system can’t fix, will potentially make a GENERATIONAL FORTUNE in the coming transition.

You can shout from the rooftops, but this won’t change the REALITY we live in one bit.

I’ve seen the HOURS-LONG traffic jams that are forming in cities to receive FOOD ASSISTANCE from the government. Millions of people are THRILLED to receive the free stuff because they haven’t the SLIGHTEST CLUE how the system works or where the government gets its funding from; they don’t care about civil liberty, but only about security.

Don’t get frustrated with the collective ignorance of your fellow countrymen. You were not put on this planet to lecture others or to “fix” them. All you can really do – and for that matter, anyone else – is LEAD BY EXAMPLE. Some will resonate with your personality if it proves to be a WINNING ONE, while most won’t.

Only 3% of the population live INTENTIONAL LIVES, according to the most comprehensive study ever conducted on the subject. What I mean by intentional is that (1) they KNOW what they want, (2) BELIEVE they can achieve it, no matter what’s going on in the world, (3) they DEVISE a plan to pursue their goal, and (4) they EXECUTE with everything they’ve got.

Don’t look outside of yourself for the answer to your problem. Never in history has anyone achieved anything of lasting value by leeching off the government.

All great things were made by HARD WORK and careful planning. 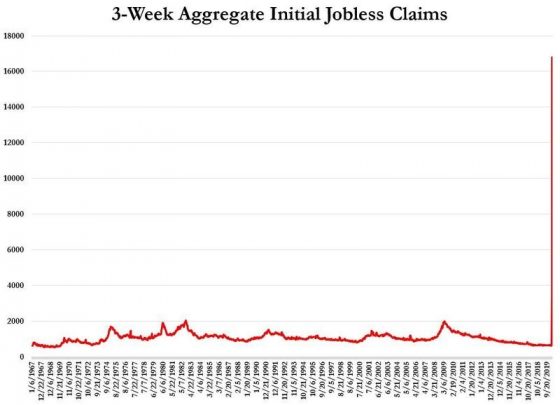 NEVER should one let others dictate his trajectory in life – that’s SLAVERY.

This coronavirus is such a CONTROVERSIAL subject because it was initially a medical emergency, but in managing it, governments have made it so that in order to save the lives of the ones that the virus would otherwise defeat, the PLANET has been put on hold.

There’s no right or wrong here; it’s the decision that we collectively decided was appropriate.

We may call it BULLSHIT or say it is TOTALLY JUSTIFIED, but our opinion means nothing.

These two questions have NOTHING TO DO with a virus or anything else; it’s a DEEP psychological conviction that you CAN and SHOULD be on the escalator to new heights all the time.

Nearly 16 million Americans have filed for unemployment in the past three weeks. I don’t like that at all. Too many of them will depend on government and that could place a heavier burden on America’s DEBT MONETIZATION out-of-thin-air schemes. 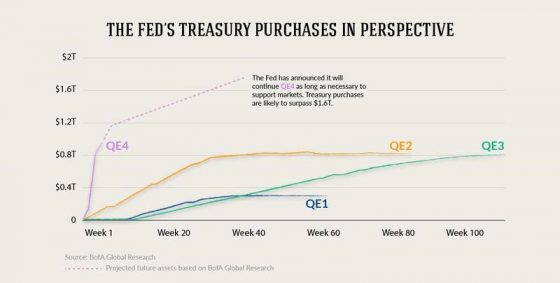 Silver is the ultimate asset for these times. Since INDUSTRY has basically been ground to a halt, traders have already PRICED no industrial demand. Then, Powell said that HIS LAST CONCERN is that his lending programs would generate inflation.

The Federal Reserve isn’t worried about inflation and it is BLANKETING THE ENTIRE bonds market with purchases.

All I can say is that now EVERYONE, including all of the world’s governments, understand that we are in the REAL endgame. It’s a RACE TO DEBASE!

In the face of this, the markets are RALLYING hard. The reason is that bonds are essentially worthless, so money is flowing only to STOCKS, if anywhere.

But, there’s literally no REASON to assume that they’ll continue going up. Earnings don’t justify that.

As bullish as I am on silver and gold, my BULLISH outlook is even stronger for copper, which is going to be the TRUE BENEFACTOR from the infrastructure SUPER-BOOM that’s coming shortly!

China has caused other nations to doubt it. America’s companies will start to move back and Washington (as well as Europe) will ramp-up projects on roads, bridges, and new construction.

Copper is the main metal in electric vehicles as well and all governments will ban gasoline cars pretty soon.

You watch as these new metals SOAR!