You are here: Home / SHTF Plan / Land of the Free? Home of the Brave?

This article was originally published by Jeff Harris at The Ron Paul Institute for Peace and Prosperity. 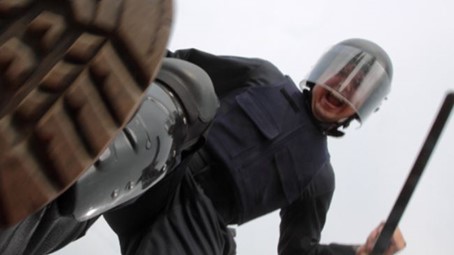 During a bank robbery in Stockholm, Sweden back in 1973 four bank employees were held hostage for six days in the bank’s vault. A curious “bond” appeared to develop between the hostages and their captors which later came to be called Stockholm syndrome.

According to Wikipedia Stockholm syndrome is defined as:

“. . . A condition in which hostages develop a psychological alliance with their captors during captivity. . . ”

Currently, we are experiencing a global terror campaign waged by the elites who control the World Health Organization (WHO) and who are using the fear of the COVID-19 virus as a psychological terror tactic. Photos of “temporary” morgues needed to deal with the onslaught of piles of dead bodies and photos of “mass graves” dug by inmates on Hart Island in New York City have done their job well, even if they are based on fiction.

Terror theatre, complete with running totals of “infections” (no, they are actually exposures but infection sounds much worse) and deaths (grossly manipulated to artificially inflate the numbers) has traumatized the population to such an extent that a majority appears willing to gladly accept illegal, unconstitutional “orders” for economically crippling lockdowns.

A variety of polling data suggests that the majority of citizens are just fine with the draconian lockdowns. According to the International Business Times, a poll conducted by Yahoo News/YouGov April 17-19 found that 60 percent of those polled reject the call for reopening the economy. Only 22 percent agreed that it was time to get back to business while the rest just couldn’t make up their minds.

This is tragic for our once proud republic!

Our public schools and universities are to blame for this along with parents more concerned with their entertainment than teaching their kids how to think critically. The kids (and many of their parents) have had the religion of climate change, LGBTQ tolerance and political correctness drummed into them so hard they appear to be incapable of grasping the totalitarian noose that is tightening very quickly.

Those who give up essential liberty to purchase a little temporary safety, deserve neither liberty nor safety.

When 60 percent of US citizens happily embrace an illegal, unconstitutional economic shutdown based on flawed “science” spewed by self-serving bureaucrats in hopes they’ll be “safe” one can only conclude they are suffering from the equivalent of Stockholm syndrome. These same people will gladly line up to be injected with an untested vaccine when the “experts” tell them it will keep them safe.

Psychological terror is a powerful weapon and on full display during this pandemic theatre. For those who truly value liberty and freedom the time has come to take a stand against naked tyranny masquerading as our protector.