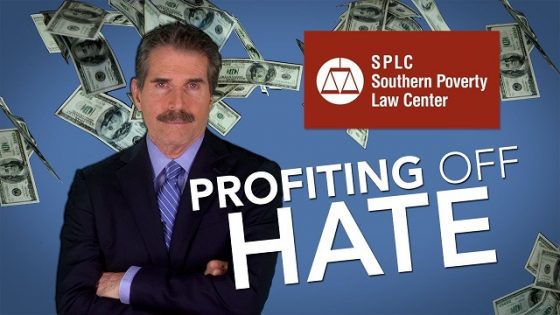 In a short for Reason Magazine, John Stossel slammed the Southern Poverty Law Center as a “hate group” and a “money grabbing slander machine” which “profits off hate.”

The Southern Poverty Law Center lists Ayaan Hirsi Ali — who grew up Muslim in Somalia and suffered female genital mutilation — as an “anti-Muslim extremist.” Just because she now speaks out against radical Islam.

They also list the conservative Family Research Council as a “hate group.”

That listing led a man to go to the Council’s office to try to gun down their workers. The shooter later told law enforcement that he picked the group because he saw they were on the Southern Poverty Law Center’s hate map and he wanted to fight bigots.

[…]There are many non-hateful groups on the Southern Poverty Law Center’s hate list. But Antifa, which clearly is a hate group, is not on the list.

Morris Dees, the Center’s founder, pays himself nearly half a million dollars a year. Although Dees once promised that when the Center’s endowment reached $50 million, he’d stop fundraising, he didn’t stop. Now the Center has $320 million dollars stashed away — much of it in the Cayman Islands. It’s all in their tax returns.

No doubt Stossel will be the next person added to their “hate list” due to his honest reporting.

Contributed by Chris Menahan of informationliberation.com.

Founded in 2005, InformationLiberation is a news site dedicated to pursuing the truth wherever it leads, without apology and without care for being politically correct.