You are here: Home / SHTF Plan / Joe Biden: Let’s Use The Coronavirus To “Fundamentally Transform America” 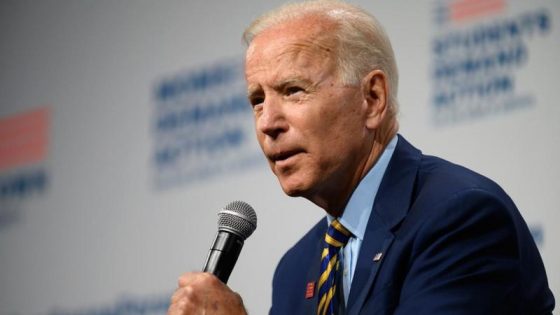 The politicians are telling you what they expect from you if you dare to pay attention and wake up. They have control over a lot of people, but what they desire is the ultimate enslavement of all of humanity.

It’s long past the time to wake up and stop living life afraid in the left/paradigm. It’s all about control no matter who is elected. The illusion of choice has changed nothing over the past century and it’s not going to in the future.

Make no mistake: Joe Biden is the bannerman for the radical socialist wing of the Democrat Party.

Biden and Bernie are two sides of the same far left coin.pic.twitter.com/RKiLqdy3pm

But Donald Trump, a guy “on the right” is doing just as much damage to liberty and freedom, especially because he’s got a base of people who will consent regardless of what he does. Biden’s no different. Some will vote for him in November as the “lesser of two evils” (which is still evil, by the way) and Biden will remain as a part of the ruling class elites whether he’s elected or not. And so will Trump.

The goal is to change the U.S. into China so a New World Order and one-world government with top-down authoritarian controls to the point of slavery can be imposed on humanity by a tiny few elitists. We have reached the point where this is the goal, and the politicians are all in on it. Some are opening their eyes.

“And I truly think, if we do this right, we have an incredible opportunity to not just dig out of this crisis, but to fundamentally transform the country,” Biden told a group of Latino supporters during a live stream. In order to do that, they require only your enslavement and the enslavement of your children and grandchildren.

It’s not the first time Biden has talked about leveraging the crisis to advance progressive policies.

I believe, because, sort of, the blinders have been taken off, because of this COVID crisis, I think people are realizing, “My Lord. Look at what is possible. Look at the institutional changes we can make – without us becoming a ‘socialist country,’ or any of that malarkey – that we can make to provide the opportunities to change the institutional drawbacks …” from education, all the way through to all the other things we talked about.

On April 17th, Biden said: “We have an opportunity now to take, in a recovery act, a real recovery. We can fundamentally change the science relating to global warming.”

And on April 16th, he said: “I think we have an opportunity now to significantly change the mindset of the American people, things they weren’t ready to do, even two, three years ago,” all thanks to the fear they induced over the virus.

Remember, the virus didn’t lock people in their homes putting them on indefinite house arrest. The virus didn’t command people to close their businesses and starve. The virus didn’t tell farmers to kill animals and no longer sell meat to the public. That was politicians and their order following police that did that, and we all need to remember this. Obedience to tyranny caused this and the only way out is for cops to realize what they are forcing upon humanity.

humanity has ever faced. The primary threat to freedom and justice is not greed, or hatred, or any of the other emotions or human flaws usually blamed for such things. Instead, it is one ubiquitous superstition that infects the minds of people of all races, religions and nationalities, which deceives decent, well-intentioned people into supporting and advocating violence and oppression. Even without making human beings one bit more wise or virtuous, removing that one superstition would remove the vast majority of injustice and suffering from the world.