You are here: Home / SHTF Plan / Japan’s Warning: North Korea Is ‘Playing For Time’ As Talks With South Korea Proceed 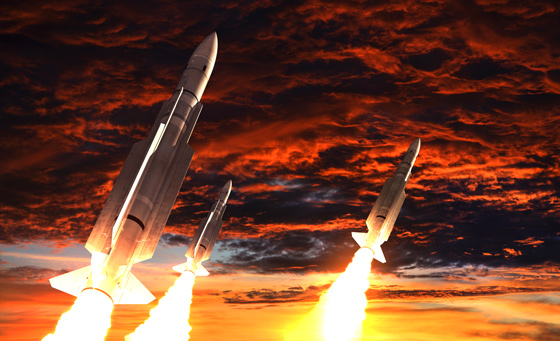 The Japanese are warning the world that Pyongyang may be using the newest talks with South Korea to buy time to pursue its weapons program. United States Secretary of State Rex Tillerson also warned of complacency at a Tuesday summit in Vancouver, Canada.

South Korea pressed ahead with talks to include its northern neighbor in next month’s Winter Olympics Wednesday, but not without allies expressing concern that North Korea is continuing its nuclear weapons program. According to CNN, Japanese Foreign Minister Taro Kono called on the international community to be clear-eyed about North Korea’s motivations for participating in the talks, which have been hailed by some as the most significant thaw in ties in years. “I believe that North Korea wants to buy some time to continue their nuclear and missile programs,” Kono said at the meeting. “It’s not the time to ease pressure towards North Korea,” he said.

China, a nation which was not invited to the talks in Vancouver, denounced the meeting, and the United Nations Command, under whose framework they are being held as demonstrating “Cold War mentality.” [Such thinking] “will only lead to split in the international community and harm the joint efforts that could properly solve the nuclear issue on Korea peninsula,” Foreign Ministry spokesman Lu Kang said Wednesday.

Officials from both sides of the Korean Peninsula met Wednesday for the third round of talks to discuss North Korea’s participation in the Pyeongchang, South Korea Winter Games next month. The International Olympic Committee is expected to discuss the proposals on Friday.

Discussed in Vancouver, were topics such as the US Air Force’s deployment of six nuclear-capable B-52 bombers to Guam, and a Japanese national broadcaster who apologized for sending an alert that incorrectly stated North Korea had launched a ballistic missile, just days after Hawaii had a similar scare. North Korea test-fired two missiles last year that overflew northern Japan.

Also while in Vancouver, Tillerson declined an opportunity to clarify whether President Donald Trump has spoken with Kim Jong Un.

There’s been a growing hope that these face-to-face talks could signal the beginning of a broader de-escalation of the global nuclear crisis, but there now appears to be a concern among Seoul’s allies and partners that North Korea might be just playing them for the time needed to make advancements in their nuclear weaponry.