You are here: Home / Zero Hedge / “It’s Unstoppable” – US Home Prices Rise At Fastest Pace In Over 3 Years

We note this data is for August – before the hurricanes. 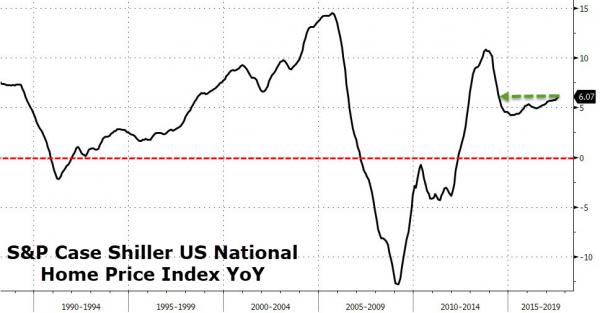 Seattle (up 13.2 percent), Las Vegas (up 8.6 percent), and San Diego (up 7.8 percent) were the top three cities in terms of year-over-year price appreciation; all cities showed gains of at least 3 percent.

After seasonal adjustment, San Diego had the biggest month-over-month increase at 1 percent, while Atlanta was the only city to show a decline, at 0.2 percent. 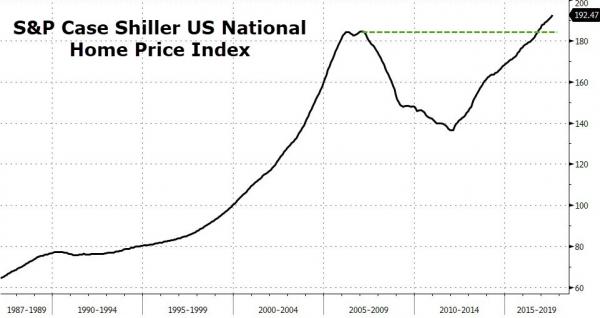 “Home-price increases appear to be unstoppable,” David Blitzer, chairman of the S&P index committee, said in a statement.

At the same time, “measures of affordability are beginning to slide, indicating that the pool of buyers is shrinking,”

In fact, US homes have never been more unaffordable… 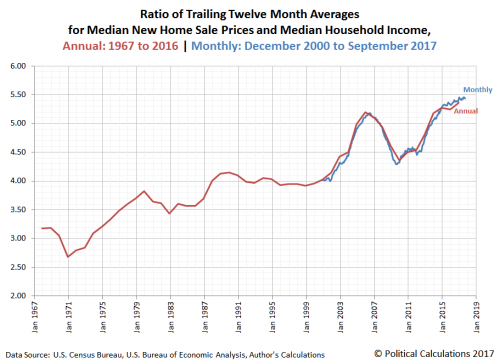 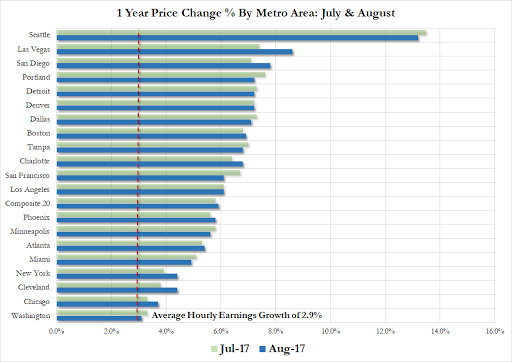