You are here: Home / SHTF Plan / Is It One Gigantic Psy-Op? George Floyd’s Coroner Was Also Jeffrey Epstein’s 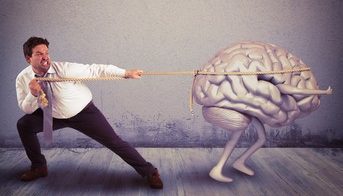 There is a lot of information about the murder of George Floyd, the man who was killed by a police officer in broad daylight, that the mainstream media is intentionally hiding from the public while they ask you to look only at the color of the skin of those involved. A piece of relevant information they just so casually left out of their race-baiting broadcasts was that Floyd’s family conveniently hired the same coroner as Jeffrey Epstein.

Mainstream reported that Michael Baden was, indeed, the coroner, but unless you dig further than the simple title, you wouldn’t know that that was the same guy who said Epstein did not hang himself in a jail cell. We all know the entire Epstein situation is a lie and the official narrative was crafted to cover for the elites and the ruling class. So why did Floyd’s family choose Baden to perform his autopsy? Because this is likey a psychological operation designed to bring in totalitarianism and martial law for the permanent enslavement of mankind. Tyranny has no race. We will all be slaves soon if we don’t unite regardless of our skin color.

Dr. Michael Baden, who previously conducted an independent autopsy of Jeffrey Epstein, will do the examination after the family takes Floyd’s body back from the state, their lawyer said Friday.

“We’re going to take custody back of his body, and we’re bringing in Dr. Michael Baden to perform an independent autopsy,” the attorney, Ben Crump, said at a news conference, 1010 WINS reported.

“The family does not trust anything coming from the Minneapolis Police Department. How can they?” Crump added. –The New York Post

American Gulag Death Of Jeffrey Epstein: Will Julian Assange Be Next?

If you’re still stuck in the left/right paradigm, you’d better wake up and you’d better do it quick. This is now a race to see who owns your mind; you, or the government? If you don’t start thinking for yourself, and very soon, someone (the police, the military, at the demands of government) will be using force and violence to do the thinking for you by way of mainstream media propaganda. It’s a battle for your mind.

Floyd and the killer cop, Derick Chauvin both worked together before too.

Was the whole thing staged? It looks like it, but use your own judgment to decide.

What we do know, is that people tired of the COVID-19 bullshit too quickly. We know they wanted the public locked down a docile for as long as possible. But the plandemic lie didn’t last. People figured out the scam that it was. Now, the elitists that want your eternal subjugation to them and the ruling class have crafted another narrative to make sure they can use military force to expand their power and keep us divided.

People constantly ask what they can do about it. Here’s a thought…stop kneeling. Get off your knees, and never give another human being power over you, no matter what letter they have behind their name at election time. Remove their funding source by refusing to be stolen from (taxed). Stop acquiescing to power. United, we stand, divided we fall. The ruling class knows this.

The good news is that they are pulling out all the stops. that means enough people have figured out that the problem is any and all power structures. Once a human thinks they can control another human, things get July. Sometimes it takes centuries, but we need to face the truth that the belief in authority is driving this destructive system.

. The primary threat to freedom and justice is not greed, or hatred, or any of the other emotions or human flaws usually blamed for such things. Instead, it is one ubiquitous superstition that infects the minds of people of all races, religions, and nationalities, which deceives decent, well-intentioned people into supporting and advocating violence and oppression. Even without making human beings one bit more wise or virtuous, removing that one superstition would remove the vast majority of injustice and suffering from the world.

MSM Is Losing Control of The Official Narrative: “I’m Looking For The Truth!”

Wake up and think for yourself. The apocalypse (Greek for “lifting of the veil”) has arrived.