You are here: Home / Wake Up World / Insect Population Crash: Largest Ever Worldwide Study Reveals Dramatic Decline
Print Friendly or Save as PDF 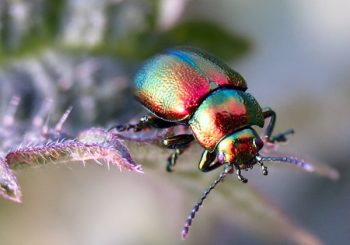 Research published in 2018 revealed that 41% of insect populations were in decline, with up to one third of all insect species at risk of extinction. New research revealed earlier this month – the Insect Atlas, published in the journal Science – has predicted a loss of 24% of land dwelling insect species within 30 years if the insect population crash continues at its current rate. That extrapolates to a 50% loss of land-dwelling insect biodiversity within 75 years.

That’s an extinction rate eight times higher than the equivalent rate for mammals, reptiles or birds. And yet, every ecosystem depends upon insect biodiversity for its very survival. Insects are food for other animals in the food chain. We depend on them to pollinate our crops. They act as natural pest control agents against insects which threaten our food supplies, and they act as natural recyclers of essential nutrients in our soils. Without healthy insect biodiversity, the planet simply cannot function as we know it.

Over the years, there have been numerous small scale, localized studies which have shown alarming results for insect populations. For example, one study found that a staggering 98% of ground insects had disappeared from Puerto Rico over a 35-year period [1]. Another study found that butterfly species fell by 58% on farmed land in England in just nine years [2].

What was lacking, however, was the collation of worldwide data to give us an overall picture – and that’s what the Insect Atlas has now provided. The work of researchers from the German Centre for Integrative Biodiversity Research (iDiv), Leipzig University (UL) and Martin Luther University Halle-Wittenberg (MLU), the new research pulls long term data (stretching between 1925 and 2018) from 1676 sites around the world [3].

It’s important to note that alongside the dramatic statistics and depressing 24% loss rate predicted by the current research, the authors are clear that there is a mixed picture worldwide. There have been some success stories, notably for insects which spend all of part of their lives in or around freshwater – mayflies and midges, for example. These species have actually been recovering, growing at a rate of 1.08% annually, which equates to a 38% increase over a 30-year period. This to a large extent coincides with global efforts to clean up polluted lakes and riverways, suggesting that human activity can work to reverse insect decline [4].

There are also local differences in the fate of insects around the world, even in comparable habitats. However, overall, the study concludes that habitat loss and a huge increase in pesticide use are key drivers in insect loss. Newer insecticides such as neonicotinoids are a particular threat, as they persist in the environment, sterilizing the soil and killing grub life [5].

Climate change is believed to be another key factor in insect decline, accounting for major insect population decreases in parts of the world where heavy agriculture is uncommon. Although some types of insect, such as grasshoppers, are more resilient than others towards increasing temperatures, much insect life has evolved in stable conditions, such as in the tropics, and is much less able to adapt to change [5].

Conversely, thermophile, highly mobile habitat generalists, such as locusts, tend to benefit from climate change – unseasonal rains have this year seen record swarms of locusts, threatening famine across parts of Africa and Asia [6,7]. If this continues, experts estimate that we could see a decrease in yield of up to 25% in rice, maize and wheat crops. An alarming thing, when you consider that 42% of the calories consumed across the world come from these three staple crops [4].

There are no easy answers, mainly because the problem itself is not simple or well delineated. Flying insects and ground dwelling insects have been particularly badly hit, in general, but insect populations living in tree canopies have remained largely stable. It’s a complex picture, and as the report notes, different solutions may be required to tackle even similar issues.

Nonetheless, the Insect Atlas report does make several important recommendations [8] including calls to:

Whether or not policy makers globally will be willing to take these major steps is another matter. The Insect Atlas report concludes:

“Insects have affected humanity in profound ways, and vice versa. This community of fate will continue into the future. By destroying habitats and through climate change, we humans are now in a position to drive many insect species to extinction. The consequences for mankind are serious, both because of the ecological imbalances this would cause, and through the loss of as-yet unknown biological substances and insect characteristics that future generations might be able to use. But the adaptability and resilience of many insects are enormous: they can withstand high doses of radiation and develop tolerance to just about any type of poison. It is likely that when our long, shared success story reaches its final chapter, it will be the insects that evolve into the future – not us.”

Nikki Harper is a spiritualist writer, astrologer, and Wake Up World’s editor.