You are here: Home / The Economic Collapse Blog / If America Does Not Turn Back To God, There Isn’t Going To Be An America 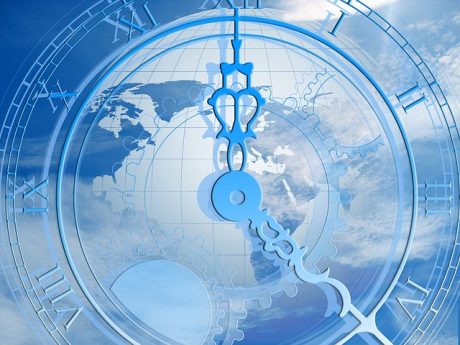 I know that politicians aren’t supposed to talk like this, but I don’t care. I am not a politician and I never will be. And I am not running for Congress because I want a career in politics. We have enough career politicians right now, and so we definitely don’t need another one. So I am not going to carefully craft a message that I think that the voters want to hear. Instead, I am just going to tell the truth, and I believe that people all over America are going to stand with me. And the truth is that if America does not turn back to God, there isn’t going to be an America.

Since Roe v. Wade was decided in 1973, close to 60 million American children have been murdered by the abortion industry.

The blood of 60 million children is crying out from the ground against us, and if we continue to slaughter children on an industrial scale there will be absolutely no future for our nation.

So no, I don’t plan to tone down my message. I have been urged to compromise on my message in order to attract more voters, and that is how it always starts. Politicians start making compromise after compromise, and after a while they become spineless jellyfish that don’t really stand for anything.

Just look at what has been happening in Congress. We gave the Republicans control of the White House, the Senate and the House of Representatives and Planned Parenthood has still not been defunded. Earlier this year the Democrats threatened to shut down the government, and the spineless Republicans gave them virtually everything that they wanted – including full funding for Planned Parenthood for the rest of the fiscal year.

You cannot be Pro-Life and vote for funding for Planned Parenthood.

Do you know what is going on at Planned Parenthood clinics all over the nation? After an abortion is performed, organs are harvested from that dead child and sold off to the highest bidder. We now have undercover video after undercover video proving this, and yet nobody has been arrested.

Instead, the federal government continues to give Planned Parenthood approximately 500 million dollars a year.

I am on a personal mission to stop this. I am so deeply frustrated with politicians that use the “Pro-Life” label to get our votes but that then turn around and keep on voting to fund Planned Parenthood year after year.

So I am pledging that I will NEVER vote for any bill that includes even a single penny of funding for Planned Parenthood, and I am calling on all Pro-Life voters to refuse to vote for any candidate that will not make the same pledge.

This is what our “Pro-Life” politicians should be doing, and I hope to be part of a nationwide movement to force them to start standing up for the unborn.

And the good news is that we have already created a tremendous amount of buzz all over the state of Idaho. This district has never had someone so bold and so conservative run for this seat, and the liberals are already beginning to freak out.

If you live in north Idaho, I would encourage you to attend a campaign event that we are having this Thursday at 7PM in Bonners Ferry. It is going to be at the Providence Bible Presbyterian Church which is really easy to find. If you have any questions about how to locate it, just let me know. I hope to meet as many of you as possible there… 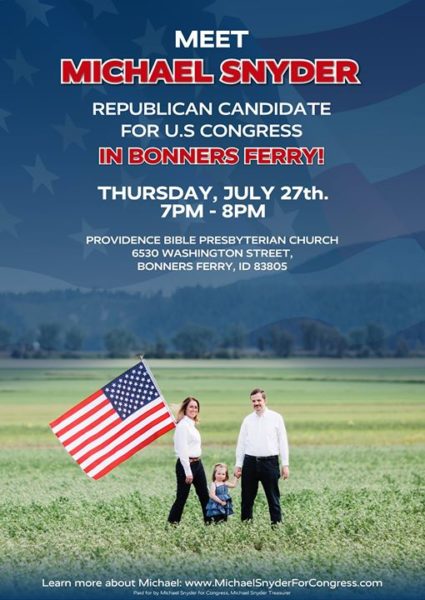 And I want to remind everyone that my brand new book has just been released. It is entitled “Living A Life That Really Matters”, and if you loved my previous books then I think that you will really enjoy this one as well.

Throughout this campaign I am going to do my best to keep all of you updated on what is happening. Like I have explained previously, there is no incumbent in this race because the individual currently holding this seat is running for governor instead.

So the race is completely wide open, and if we can get my message to every voter in this district I believe that we will win by a very wide margin.

If you believe in what I am trying to do, then I would like to ask you to consider contributing to the campaign. The Lord has put me into a position where I am forced to depend on my brothers and sisters, and there is no way that this can happen without you. Right now we are in need of brochures, signs and other basic things that a campaign needs, and if you would like to help out you can do so right here.

If we do not stop the slaughter of our children, there isn’t going to be an America for our children and our grandchildren. Time is running out, and I hope that you will help me share this message.