You are here: Home / The Daily Sheeple / Homeless Hero Saves Two Kids From A Burning Apartment 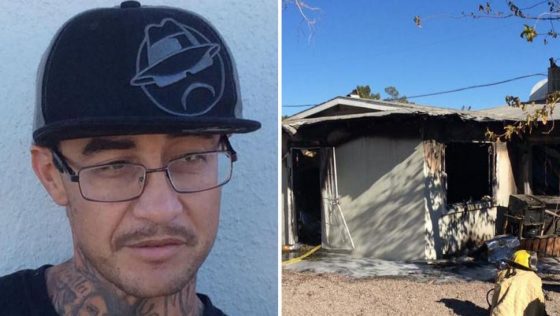 A Las Vegas homeless man is being hailed a hero by firefighters for fearlessly saving the lives of two children. Anival Angulo selflessly put his own life in peril and pulled both kids out of the home safely.

Fire officials say that the children were trapped in a burning apartment Friday morning. It all started when the grandfather of the 3-year-old girl and 10-month-old boy was cooking. The stove suddenly caught fire, and the older man was able to get out the back bedroom but was unable to grab the children. Luckily, Angulo was just walking by the home.

Las Vegas Fire and Rescue spokesman Tim Szymanski said that the children could have been burned or killed if Angulo had not been there. The children were treated at a hospital for smoke inhalation. Authorities estimated $50,000 in damages were done to the home.

Angulo said he saw the smoke coming from the East Valley home on East Mesquite Avenue and he decided to go around the building to find the source at about 11:30 a.m. Friday, Las Vegas Fire & Rescue said. That’s when Angulo heard the children crying. “I knew I had to get them out,” Angulo told KSNV-TV.

Angulo jumped a locked gate to get into the complex and rushed to a security door, from which he could see a little girl trapped in a smoke-filled apartment, authorities said. The young child was unable to get the steel door open, so Angulo began pulling on it until it bent upward and the deadbolt lock unlatched. Once inside, Angulo grabbed the 3-year-old girl and a 10-month-old boy and rushed them to safety. “I wrapped up the babies and pulled them out,” Angulo told the television station.

The little girl told fire investigators the fire grew quickly and caused a lot of smoke, which made her scared, officials said. But thanks to the help from Angulo, both children are safe and sound.