You are here: Home / SHTF Plan / Hepatitis A Outbreak Spreads In Michigan, No Stopping This ‘Regional Epidemic’ 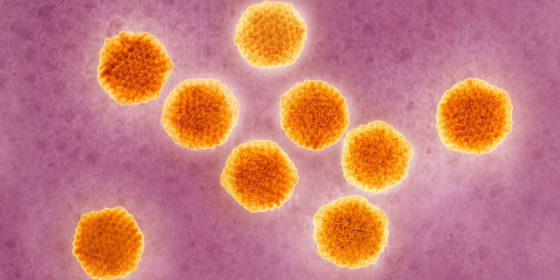 A recent hepatitis A outbreak in southeast Michigan has now sickened 457 people. That’s 14 times more than last year, and officials are having a difficult time stopping the spread of the virus.

Of the 457 known cases, 18 people have died and 370 have been hospitalized. But this outbreak is puzzling health officials as the complicated nature of the regional epidemic continues to baffle so many in the medical community. The outbreak is overly complicated.There’s no single source such as food contamination and many groups of people are at risk, including homeless people, drug users, and now terrifyingly; people who are neither. There are even more cases than normal among men who have sex with men increasing the spread of the virus.

Until October, only 10 men who have sex with other men had contracted hep A. Then, in October, there was a sudden spike of 11 additional cases. The state of Michigan is urging doctors and hospitals to vaccinate at-risk patients, but officials say resistance to the vaccine is too frequently a problem. Not only that, but those who are still infectious are leaving the hospital against doctors’ suggestions, taking the highly contagious virus with them.

Adding fuel to the fire of complication surrounding this outbreak, some people living with a hep A patient have refused the vaccine and then gotten sick themselves. Another infectious hep A patients have refused to disclose the names of family and close friends, which means health officials can’t contact these individuals to inform them they should get the vaccine or early treatment.

Hepatitis A is a serious and highly contagious liver disease caused by the hepatitis A virus (HAV). HAV is found in the feces of people with hepatitis A. You can also become infected with hepatitis A by eating contaminated food or water, during sex, or simply by living with an infected person. Illness can appear 15-50 days after exposure and you can be sick for several weeks. In some more extreme cases, the infection can prove fatal. Although not all people infected with hepatitis A experience illness, the symptoms can include nausea, vomiting, belly pain, fatigue, fever, loss of appetite, yellowing of the skin and eyes, and pale-colored feces.

The outbreak is still considered a regional epidemic, rather than statewide, although a small number of cases have occurred in Sanilac, Ingham, and Lapeer counties. Officials are still trying to determine if the virus causing the outbreak is more aggressive than usual with attempts to contain it. Without taking the proper steps to stop the spread of hep A, this could very quickly spread across state lines or worse.