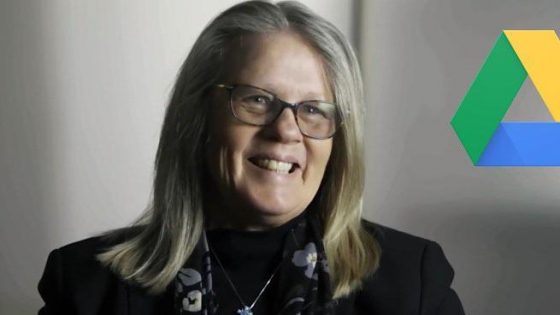 If there was ever a time in history to pay attention, it’s now. It’s now obvious that we all need to keep our eyes and ears open to that which Big Tech and the government continue to censor to “save us” from “misinformation.” Google Drive, at the request of The Washington Post, has taken down a user’s personal copy of the movie “Plandemic.”

Ever since Big Tech platforms started cracking down on what they deem to be “coronavirus misinformation” (information they don’t want you to know about), the media has been willfully flagging alleged violations to social media companies and getting content taken down, reported News Break.

In other words, they want us to remain in a panic-induced state of fear and only listen to the mainstream media’s official Operation Mockingbird narrative about the entire Plandemic. And because you are not supposed to know anything else, Google drive has removed a user’s personal copy of Dr. Judy Mikovitz’s “Plandemic” after it was flagged by the Washington Post.

It doesn’t get more blatant than this, folks. We are being lied to and expected to stay fearful and obey the ruling class at all costs. It’s going to get ugly by the end of this year if tyrants don’t release their grip on power…and we know they won’t let go easily.

In an article reporting on the takedown, The Washington Post’s Silicon Valley Correspondent Elizabeth Dwoskin complained that after the coronavirus documentary Plandemic was censored on social media, some YouTube clips were telling users how to access “banned footage” from the documentary via Google Drive. She then notes that after The Washington Post contacted Google, Google Drive took down a file featuring the trailer for the Plandemic documentary.

As Big Tech ramps up censorship, we need to ramp up our exit and cease to use their products. We said last month that the mainstream media was going to continue a smear campaign against anyone who stands up to the elitists and this tyrannical takeover and economic terrorism while using a virus as an excuse.

The mainstream media is going to continue its smear campaign against anyone who dares to believe they have the right to live freely so long as they aren’t harming others and take life’s risk upon themselves. But as fewer people tune in to listen to their propaganda, fewer people will be brainwashed by it. –SHTFplan

And that’s exactly what the Washington Post did. Dwoskin frames users sharing files containing the Plandemic trailer with each other as:

“A wave of seemingly countless workarounds employed by people motivated to spread misinformation about the virus — efforts that continue to thwart social media companies’ attempts at preventing hoaxes and conspiracy theories from spreading amid the greatest public health crisis in decades.”

There is good news though. We now know that the mainstream media is struggling to maintain their grip on the official narrative, and for all intents and purposes, they’ve already failed. Too many have awoken to the lies and propaganda designed to keep a ruling class in place, and the rest of us subjugated. But that’s all ending and they will not go down without a fight. Expect more censorship as they desperately try to cling to their mind control and social engineering schemes in the coming months.

As Robert Kiyosaki said recently: “Pray for the best but prepare for the worst!”