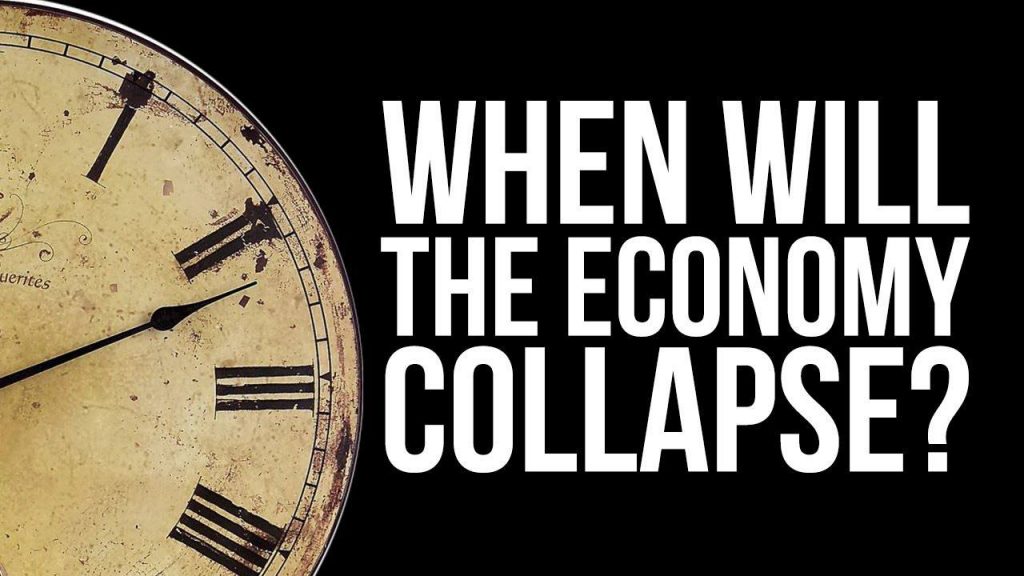 As each day passes by data pours in revealing the immense economic damage caused by the Coronavirus pandemic. Most politicians and economic pundits will put the blame for up the economic hurricane, blasting tens of millions into unemployment, on Coronavirus lock downs. Fitch Ratings has given a brief snapshot of the unfolding economic catastrophe which it predicts will last well into the 2020s:

“World GDP is now expected to fall by 3.9% in 2020, a recession of unprecedented depth in the post-war period. This is twice as large as the decline anticipated in our early April GEO update and would be twice as severe as the 2009 recession.”

Yet at the beginning of this year the financial media and political classes around the world were making rosy forecasts how we were going to experience moderate economic growth this year built upon solid economic foundations. There was no cause for worry or alarm just let global capital work its magic and trickle-down economics would ensure living standards would rise for all.

Fast forward 4 months and a global health pandemic has revealed how shallow, brittle and unstable were the economic foundations of the neo-liberal economic order that has been heralded as such a success since the Reagan-Thatcher era of the 1980s. These foundations were built upon infinitely low interest rates, an exponential rise in debt both public and private (sending global debt over the $250 trillion mark) and a massive increase in social and economic inequality. Alongside this, has been the intense exploitation of nations in the developing world and the use of regime change wars as naked resource grabs which cement the neo-liberal economic model in position.The world economy was slowing down during 2019 and heading towards a global recession. Japan’s economy had already entered recession territory in the last quarter of 2019, meanwhile PMI data from China and Germany indicated that they were hovering just outside recession territory.The global economy at the end of 2019 was teetering on the brink and just needed a catalyst or pin to pop the everything bubble which has seen massive inflation in the prices of paper assets across the globe ranging from stocks and bonds to derivatives such as collateralized loan obligations.

The anaemic economic growth experienced by global capitalism since the last financial crisis, which was a mere 12 years ago, has been based upon a gigantic expansion of the global money supply as central banks and governments mistakenly believe that the only way to sustain our debt fuelled economic system was to create ever more debt.

The last 12 years since the 2008 global financial crisis have witnessed an unparalleled wealth transfer from the working classes to the billionaire class which wields immense political influence over governments across the world. Central bank stimulus programs i.e. quantitative easing together with historically low interest rates fuelled a speculative bonanza which has pushed financial markets to all-time highs across the globe.

Meanwhile, governments across the world have sought to give the hard pressed billionaire class a helping hand by cutting capital gains, income and corporation taxes across the board. President Trump’s $1 trillion tax give away to the economic elites in 2017 is the most egregious example of this phenomena.

At the same time, wages for billions of ordinary people have stagnated or fallen whilst welfare benefits and health care have declined. We now have the utterly surreal situation whereby 26 billionaires control as much wealth as the poorest half of humanity amounting to over 3.8 billion people.

The working and middle classes together with the underemployed poor of the developing world were made to pay for the costs of the 2008 global economic crisis. Once the Coronavirus pandemic has finally burned itself out the working people of this world will be confronted with an economic depression which will rival and indeed may exceed in severity that of the 1930s. Governments across the board will once again seek to make ordinary people pay for the cost of the gigantic debts incurred by government and central bank bailouts.

In a desperate effort to prop up their system and protect the interests of their own class central bankers and corporate politicians across the globe are presiding over yet another wealth transfer that benefits the richest 1% in society. Bloomberg has noted how over $8 trillion has been printed out of thin air by global central banks and governments to prop up their debt fuelled system. The bulk of this horde of fiat money has gone to service the needs of Wall Street and its counterparts in London, Paris Frankfurt, Shanghai et cetera.The Wall Street Journal has openly acknowledged this truth in an editorial:

“The Fed may feel all of this is essential to protect the financial system’s plumbing and reduce systemic risk until the virus crisis passes, but make no mistake the Fed is protecting Wall Street first. The goal seems to be to lift asset prices, as the Fed did after the financial panic, and hope that the wealth effect trickles down to the rest of the economy.”

As the 2020s progress massive wealth and health inequalities, hunger and poverty will lead large numbers of people to question the hyper financialised economic system whose sole motive is to protect the interests of the 1%.

The American dominated monetary system which gives preferential treatment to the empire and its allies is in decline. Its decline will be exacerbated by the twin hammer blows of the Coronavirus pandemic and the global economic depression now unfolding.

During the coming decade the make the world will become an even more unstable place as the hegemonic power of our era seeks to maintain its dominant position in the global economy at the expense of other nations. The contradictions and tensions between the United States and its rival China will be greatly exacerbated during the next period. As we saw in the 1930s once these economic contradictions and tensions reach breaking point then the superpowers of the day have few course of action open to them beyond war or appeasement of their rival.Yet during the 1930s there were instances where the onward march to war could have been averted. If Republican Spain had defeated Franco’s fascist insurgency then the momentum towards war would have been slowed. It would have greatly strengthened the Popular Front government in France and halted the appeasement policies that allowed Nazi Germany to grow in strength like a cancerous tumour.

During the next decade there will no doubt be other such instances where the onward march to war can be averted.