You are here: Home / Wake Up World / Ginkgo biloba Benefits: Brain Health, Kidney Function, and More
Print Friendly or Save as PDF 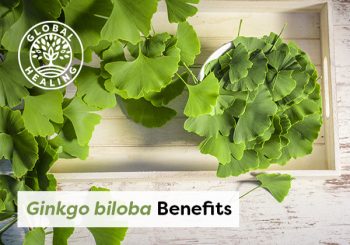 One of the world’s most ancient trees, Ginkgo biloba is considered a “living fossil” because it’s been around for nearly 300 million years.[1] Used for centuries, remedies from Ginkgo are thought to improve memory, boost cognitive function, support healthy blood flow, and promote sexual function in men and women.

Even skeptics have been swayed by Ginkgo’s ability to support the brain, kidneys, and other body systems. Curt W., an art director from North Carolina, started taking Ginkgo after reading an article about its potential to promote concentration. “I’m not a big supplement guy, so I wasn’t expecting much. But after a month or so of taking Ginkgo biloba extract, I started noticing a difference in my ability to focus. Now I tell all my friends about it.”

Let’s take a closer look at this ancient plant, and explore some of the many ways it supports wellness.

What Is Ginkgo biloba?

Native to China but cultivated worldwide, Ginkgo biloba — also called the maidenhair tree — can grow to be over 100 feet tall. The trees themselves can live for 1,000 years, thanks to an unusually strong resistance to insects and other pests.[3]

Many people in Asia harvest Ginkgo tree nuts, which are both tasty and nutritious (but shouldn’t be consumed raw).[1] Ginkgo has played an essential role in Traditional Chinese Medicine (TCM) for centuries, especially for elderly people and those with certain health conditions. It is an important tool in the complementary and alternative medicine toolbox for healthy people, as well.

In addition to eating nuts, people harvest the Ginkgo tree leaves to make herbal remedies. Ginkgo biloba leaves are rich in bioactive constituents, including potent antioxidants like flavonoids and anthocyanins. Because Ginkgo leaves contain so many health-supporting nutrients, they have been extensively studied, and preparations made with them are among the most popular natural health solutions in the world.[4]

Now that you know a little bit about Ginkgo biloba, let’s dig into some of the reasons you should take it.

8 Reasons Why You Should Take Ginkgo biloba

Ginkgo biloba offers so many health benefits to both body and mind! Here are eight reasons why you should consider adding Ginkgo to your wellness regimen.

Among its many uses, Ginkgo biloba is most well known for supporting brain health. Ginkgo extract provides support for people experiencing mild cognitive issues.[5] For people who find themselves becoming more forgetful as they hit middle age and beyond, Ginkgo may improve cognitive function, specifically memory and ability to focus on tasks.[6]

Supplementing with Ginkgo may also support healthy brain function in people with cognitive issues or those who are dealing with age-related brain changes.[5] Experts recommend the use of Ginkgo for adults of all ages who want to stay sharp. “I really feel like it helps me focus at work,” Curt W. says.

The kidneys are the body’s filtration system, removing toxins from the blood. Your kidneys are constantly working to protect you from environmental pollutants like heavy metals, harmful chemicals, and toxins. They help reduce the environmental stress you are under.

Ginkgo biloba has renoprotective effects, meaning it can protect the kidneys from damage.[7] Ginkgo may support these organs after exposure to toxins, like the widely-used herbicide glyphosate, as well as mercury, uranium, and naphthalene.[8] It can also help protect against toxins formed in the gut that are associated with liver disease.[8]

3. May Help With Weight Loss

There are many reasons why people have a hard time maintaining a healthy weight, and Ginkgo may offer support for a wide range of them. It can help women maintain a healthy weight as they go through menopause.[9] Ginkgo extract could support weight loss for people who have trouble making changes to diet and lifestyle by shrinking fat cells.[9]

Ginkgo also has the potential to promote normal insulin balance, which could be particularly beneficial for people dealing with blood sugar challenges related to obesity. Even if people aren’t able to change the way they eat, Ginkgo can support healthy blood sugar levels.[10]

Looking for a natural way to lift your spirits? Ginkgo may help. When used alone or combined with other treatments, Ginkgo biloba extract can support mental health.[11] The same chemical constituents that make this herb good for the brain when it comes to memory and cognition can also help you maintain a positive mood.[11]

Ginkgo’s brain-supporting constituents promote mental clarity. It’s hard to be cheerful when your brain is feeling foggy! Ginkgo biloba can be a ray of sunlight through the clouds.[5] This is one of the benefits Curt W. likes the most about taking Ginkgo. “I used to really struggle with brain fog, and my mind is much clearer now,” he explains.

Ginkgo’s healing properties may support different parts of the body during the aging process.[12] We’ve already mentioned the brain, heart, and circulatory system, all of which have been shown to benefit from Ginkgo biloba’s anti-aging effects.[5, 12, 13] Ginkgo might even protect your ears from age-related hearing issues.[15]

Much of Ginkgo’s anti-aging power seems to come from its antioxidant content. Aging causes oxidative damage to DNA, proteins, lipids, and other macromolecules, and antioxidants in Ginkgo biloba extract may be effective at fighting oxidative stress related to aging.[16]

Ginkgo biloba boosts blood flow, influences nitric oxide systems, and relaxes smooth muscle tissue — all of which are important for healthy erectile function and arousal in men.[17] For women, Ginkgo biloba extract can have a positive impact on sex drive and increase arousal.[17]

Ginkgo may be especially useful for men and women experiencing sexual side effects from certain medications. Supplementing with Ginkgo biloba extract can help with sexual health issues.[18]

What woman doesn’t deal with premenstrual syndrome (PMS) occasionally, if not monthly? For many, PMS comes with uterine discomfort, irregular moods, food cravings, and more. PMS can range from inconvenient to incapacitating.

If you struggle with PMS, you may want to consider adding Ginkgo to your supplement regimen. Ginkgo biloba extract can help reduce the physical discomfort of PMS while promoting emotional balance.[19]

Ginkgo biloba is typically prepared in one of three ways. They are:

Leaves from the ancient Ginkgo biloba tree have long been used as an herbal remedy. Many people rely on the healing power of this resilient plant. Ginkgo biloba preparations are among the most popular supplements in the world!

Ginkgo appears to support aging gracefully in the mind and body, largely because of its antioxidant properties. It also promotes healthy sexual function and eases PMS symptoms. [16,17,19]. It can help with weight maintenance and lift your mood when you’re feeling low.[9, 11]

You can find Ginkgo biloba in liquid herbal extract, teas, or tablets or capsules. You can use it alone or in combination with other healing herbs.

Have you tried Ginkgo biloba extract? How has it helped you? Share your experience in the comments! 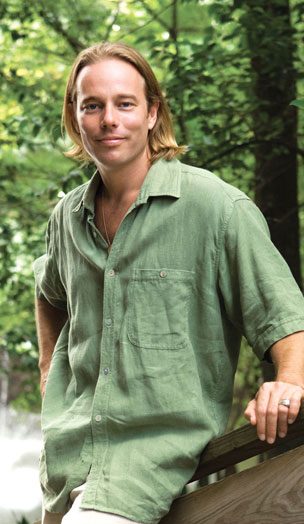 Dr. Edward F. Group III (DC, ND, DACBN, DCBCN, DABFM) founded Global Healing Center in 1998 with the goal of providing the highest quality natural health information and products. He is world-renowned for his research on the root cause of disease. Under his leadership, Global Healing Center earned recognition as one of the largest natural and organic health resources in the world. Dr. Group is a veteran of the United States Army and has attended both Harvard and MIT business schools. He is a best-selling author and a frequent guest on radio and television programs, documentary films, and in major publications.

Dr. Group centers his philosophy around the understanding that the root cause of disease stems from the accumulation of toxins in the body and is exacerbated by daily exposure to a toxic living environment. He believes it is his personal mission to teach and promote philosophies that produce good health, a clean environment, and positive thinking. This, he believes, can restore happiness and love to the world.