Accused sex-trafficker Ghislaine Maxwell has hired a fleet of powerhouse attorneys to defend her against federal charges that she procured underage girls as young as 14 for sexual encounters with deceased pedophile Jeffrey Epstein. 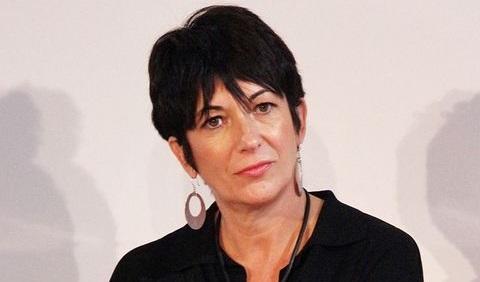 According to Bloomberg Law, “Maxwell will confront federal prosecutors with years of experience in New York courts and deep knowledge of the child sex-trafficking allegations surrounding her and her former lover Jeffrey Epstein.”

For her own legal team, Maxwell has assembled the mirror image — attorneys with years of experience practicing in New York courts and also with deep knowledge of the allegations against her and Epstein.

Maxwell’s hired two pairs of law partners, one from New York, the other from Denver. The New Yorkers — Christopher Everdell and Mark Cohen — were once federal prosecutors while the Denver duo — Laura Menninger and Jeffrey Pagliuca — has defended Maxwell in civil lawsuits by Epstein’s victims.

Everdell spent more than a decade working for the government, focusing on complex frauds, cybercrime, terrorism and international narcotics cases. In 2014, the Federal Drug Agent Foundation cited Everdell and his team for their work in the investigation and apprehension of Mexican drug lord Joaquin “El Chapo” Guzman.

Cohen served in the federal prosecutors office in Brooklyn, New York, where he was part of a team that convicted Thomas Pitera, a Bonnano organized-crime family hit man known for dismembering his victims.

Both former public defenders with experience in sex-crimes cases, Menninger and Pagliuca have represented Maxwell in civil lawsuits by women who claim she helped Epstein recruit them for underage sex, with Maxwell participating in some of the sexual assaults. –Bloomberg Law

Former Manhattan federal prosecutor Jennifer Rodgers thinks Maxwell’s approach is ‘savvy,’ and that her attorneys Menninger and Pagliuca “know all the facts, so this seems like a smart strategy.”

Prosecutors say the 58-year-old Maxwell, Epstein’s longtime ‘madam’ according to accusers, spent years as a central figure in his criminal enterprise. Epstein died last August in a New York jail cell in what was officially ruled a suicide.

Maxwell’s lawyers will have to review millions of pages of evidence the U.S. has collected over the decades. While her lawyers haven’t yet disclosed their legal strategy, they’ll have to confront the allegations as well as the emotional testimony from women who’ve come forward and accused Maxwell of engaging in and enabling their abuse.

More than a dozen women accused Epstein of abusing them but according to prosecutors, three were victims of both Maxwell and the financier. –Bloomberg Law

“It’s a very smart for the defense to hire and obtain local counsel who can guide them,” said New York criminal defense lawyer Marvyn Kornberg, adding that Everdell and Cohen “know their way around, they know people in the prosecutor’s office and they can, if they want, try to work out a deal. They can operate with knowledge about what’s going on with the other side, which can’t be done as well by lawyers who practice primarily in Colorado.”

Meanwhile, former Cohen colleague Jonathan Sack thinks Maxwell’s legal team will be in a good position to form a strategy to counter the DOJ.

“Mark is a thoughtful lawyer who will know his case, understand it and have a good sense of what the prosecution is doing and what the options are for the defense,” said Sack. “He’ll carefully assess the strengths and weaknesses in the government’s case and will have a good feeling for how a jury would view the facts as well as his client.”