You are here: Home / End Of The American Dream / Getting Trump Elected Was Not Enough – We Need A Thousand Liberty Candidates To Run For Office All Over The Nation 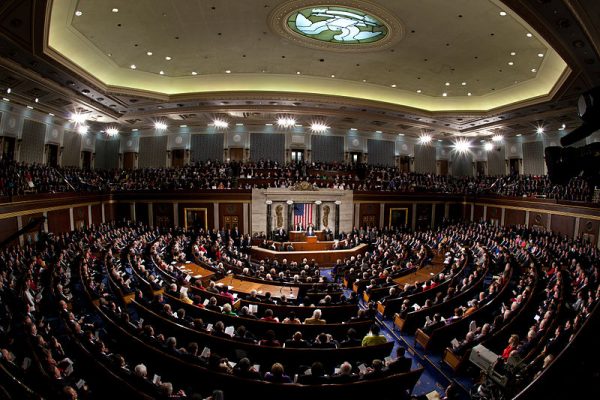 The last few weeks have shown us that getting Donald Trump elected is not enough. This Congress is being called “the most unproductive in 164 years”, and thanks to all of the RINOs in the Republican Party Trump’s agenda is sitting dead in the water. Obamacare has not been repealed, taxes have not been cut, there is no funding for a border wall, and Planned Parenthood is still fully funded. It has become clear that simply getting the Republicans control of the White House, the Senate and the House of Representatives is not going to get us where we want to go. Starting in 2018, we are going to have to work very hard to replace bad Republicans with liberty candidates that will fight relentlessly for our values.

And I am not just talking about getting a handful of liberty candidates elected. What we really need is for a thousand good men and women to step forward to run for seats on the national, state and local levels all over the nation.

If we sit back and do nothing we are just going to get more of the same, and that is not an option.

The gridlock in D.C. is not just frustrating to us. After the latest effort to repeal Obamacare flopped in the Senate, President Trump was visibly frustrated too…

“We are in this room to deliver on our promise,” Trump said. “We have no choice, we have to repeal and replace Obamacare. We can repeal it but the best is repeal and replace and let’s get going. I intend to keep my promise and I know you will, too.”

He added: “People are hurting. Inaction is not an option and frankly, I don’t think we should leave town unless we have a health insurance plan, unless we can give our people great health care because we are close, we are very close.”

I applaud Trump for urging Congress to stay in town. Most people don’t realize this, but Congress actually gets the entire month of August off every year. It would be inexcusable for them to do that again this year with so much unfinished business, but I have a feeling that they are going to stick to the schedule anyway.

Since I am running for Congress, I decided that it would be a good idea to look into how these guys actually spend their time, and I have been absolutely astounded by what I have learned. Members of Congress work less than three days a week on average. And on those “work days”, they spend about twice as much time “dialing for dollars” as they do on the business of the people.

No wonder they never seem to get anything done.

So when they complain that they don’t have enough time to get a health care bill passed I don’t have a lot of sympathy for them.

But if all of the Republicans that voted for past Obamacare repeals would just vote for this one it would already be over. In particular, there are three liberal Senators that are at the heart of the problem…

One is Alaska Sen. Lisa Murkowski; another is Maine Sen. Susan Collins; a third is Shelly Moore Capito of West Virginia. All three of them were all over Obamacare repeal — when they knew then-President Obama would veto those bills.

Now, as we can see, they never really intended to support a real effort to repeal Obamacare, as evidenced by the pitiful excuses they are offering now in opposition to the same legislation they once supported.

Hopefully the Republicans in the Senate can pull something together, because Obamacare is absolutely suffocating families all over this country financially, and doing nothing is not going to be acceptable.

Of course getting Obamacare repealed is just the beginning of what needs to be done. There are literally dozens of issues that need to be addressed, and the Republicans are missing a once in a generation opportunity to dramatically change the direction of the federal government.

Hordes of Democrats are already lining up to run for Congress, and there is no guarantee that the Republicans will keep control of the Senate and the House in 2018.

Normally things shift in the direction of the opposition party during the first mid-term election of a new presidency, but that doesn’t have to happen this time around.

Yes, if we trot out the same old tired professional politicians that have been making a mess of things in Washington there is a good chance that we could get creamed.

But if instead we have fresh, vibrant liberty candidates challenge Republican incumbents in primaries all over the nation, we could actually turn 2018 into a revolution in our direction.

I think that almost all of us are deeply frustrated with professional politicians that use labels such as “conservative”, “pro-life” and “pro-gun” to get our votes but then repeatedly betray our values once they get into office.

Just because someone in an “incumbent” does not mean that they are going to get a free pass this time around.

As I have said before, I believe that this is going to be the most important mid-term election in modern American history, and if the Democrats take control of both houses of Congress it could completely doom Donald Trump’s presidency.

If we are going to win, now is the time to get involved, because most elections are won or lost long before election day rolls around.