You are here: Home / SouthFront / German Police Desperate To Fill Its Migrant Hiring Quotas And Other Benefits Of “Multi-Kulti” 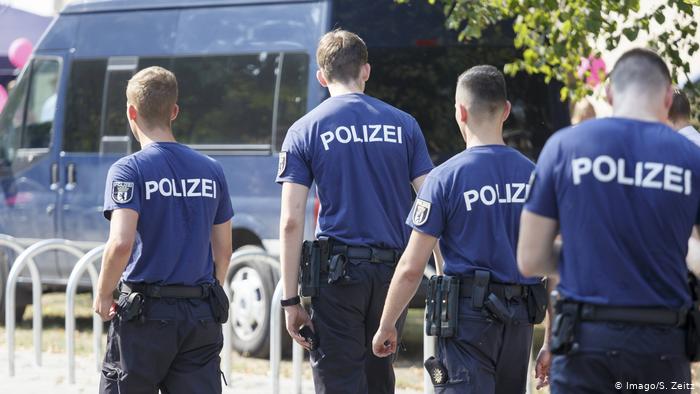 In additional evidence to how successful the bid for multi-culturalism by Germany (and in part Austria) is, an employee of the Berlin police spoke on quotas for migrants to be hired into the police force.

And these quotas must be met at any cost.

In addition, the entire entry system is heavily simplified and biased, just so that nobody would get rejected: the answers of the entry tests can easily be found online, and if, by chance, a candidate fails, they are given additional chances until they successfully pass the exam.

He further said that any police employee, regarding of their rank is stripped of bonuses and work hours if they criticize any of the policies and what is taking place.

The video, with subtitles can be seen below:

In order to attract young people from immigrant families, the Berlin police are participating in the nationwide campaign Diversity in Education.

There is also the “Berlin needs you” initiative, which is aimed at young people with a migration background. The police have been working with the Turkish community since 2008 and enable internships with the police to those interested.

In job advertisements and on their website, the Berlin police expressly point out that applicants with a migration background are welcome and that foreign language skills and intercultural skills are a plus.

Many police authorities, not just in Berlin, are making an effort to increase the proportion of colleagues with a migration background.

Self-employed integration officers, information events at schools, multilingual flyers or police officers with a migrant background as advertising faces are a few examples of the measures that are intended to encourage applicants from immigrant families to apply to the police.

Indeed, the police force has become a little more multicultural.

To a large degree this is necessary, since if the integration of foreign citizens does not work properly and tensions within society increase, it is often the police who are the first to feel the problems.

Then it is particularly helpful if the police can send colleagues to the scene who know other cultures and who have foreign language skills.

For this reason, cultural diversity has also become an important issue in the ranks of the police.

In almost all federal states, the police specifically look for applicants with a migration background and sometimes even come up with special advertising measures.

The federal police does not record a possible migration background as any sort of advantage to be hired, but is planning a corresponding survey among the employees.

Nevertheless, the federal police also want to increase the cultural diversity in their ranks.

Federal police officers with a migration background participate in advertising campaigns and do public relations work. In addition, the Federal Police work together with schools, associations and integration officers. And on the website for promoting young people, federal police officers tell about their tasks and everyday work.

The graphic shows the proportion of newly hired police officers with a migration background. This proportion is shown with the blue bar. The most current figures available have been taken into account. In comparison, the red bar shows the proportion of residents with a migration background in the respective federal state. The data is from 2016, as no such study has been made public in recent years. 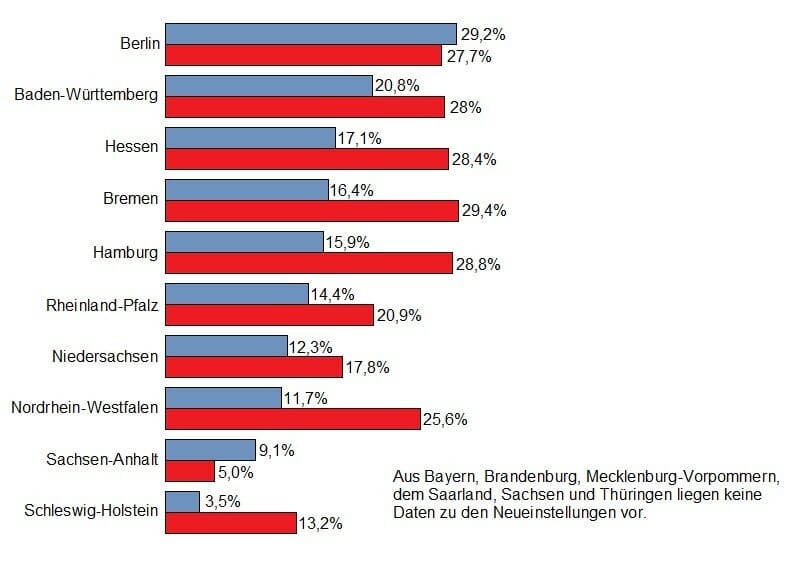