You are here: Home / SHTF Plan / Freedom Is Not Necessarily The Absence Of Tyranny

This article was originally published by Brandon Smith of Alt-Market.com. 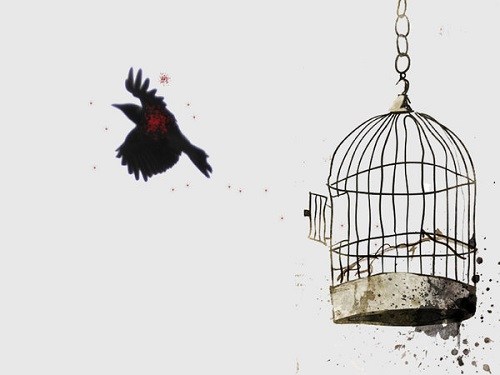 Is it true that freedom is an overly idealized concept? Perhaps, but it is one of the few concepts worthy of idealization. It is so worthy, that it is worth dying for.

Since the dawn of recorded history human beings have fought and sacrificed to attain freedom. It is an inherent psychological construct. It is a principle that is rooted not only in the mind of man, but his spirit or soul. Scientists in the realm of the mind have struggled for generations to understand where it comes from — others have sought to dismiss it as a fanciful notion or societal construct. Nihilists claim it doesn’t really exist, while other people center their entire lives on the proliferation of it. The concept of freedom, love it or hate it, is central to all cultures and all civilizations. The most common dismissal of the idea of freedom that I have seen is the argument that none of us is really free because “tyranny exists”. Tyranny is a constant, therefore, in the view of the nihilists, freedom cannot exist. I believe this dim way of thinking stems from a misconception of what freedom is and where it comes from.

Freedom, first and foremost, begins in the mind, or the heart; whatever you are inclined to put more stock in. To think critically or to imagine wildly is indeed to be free. Tyranny, by extension, rises from the mire and muck in the physical world around us and ends in the mind and the heart. If one is free of mind, then one is never truly enslaved.

I have heard so many times the ignorant accusation that freedom requires action before consequence. That is to say, if you have suffered the consequences of a tyrannical system, then you have already failed to prevent your own enslavement. This is not how freedom functions. It has never worked this way.

There is no such thing as a world without the consequences of tyranny. Tyrants are everywhere, always. There are little tyrants in our everyday lives, and big tyrants that pull strings from behind the curtains and from the darker places. There are people reading this article right now that think they are liberty-minded, but act like tyrants towards those around them. There are people who think they are slaves when one simple choice or action could easily make them free. There are people who see private property as tyranny and seek to supplant it….with an even greater tyranny of entitlement and socialism. And, there are people who think freedom means freedom for them, but not for others. Each tyrant takes time to understand and remove from our lives. Some we simply need to walk away from; others need to be destroyed.

The point is, we are forever dealing with tyranny, and many of us are forever working to topple it. As long as we are able to pursue that goal, we are still free. The true slaves are those that have given up completely out of laziness or fear. Tyranny is always present, after all; why take a bath today when you are just going to end up soiled again tomorrow?

The idea that one can do nothing in the face of the machine is an old idea proven wrong time and time again, yet, it is also a very easy and comfortable lie to live in. Struggle is difficult. Sacrifice is foreboding and ugly. There are a million-and-one excuses and rationalizations as to why it is better to “accept fate” or circumstances. There is always another excuse that can be used to paper over cowardice.

Tyrants can, in fact, win and keep winning for the length of an epoch, exactly because of the logical fallacy that they cannot be resisted or be beaten. It is the self-fulfilling prophecy of nihilism that makes tyranny possible. Without it, tyrants inevitably fail and fall.

The great monster of our time that must be slayed is the monster of organized conspiracy. Past generations have confronted and defeated appendages of this monster, but they never beheaded it, and this is why our particular brand of tyranny persists. It is not enough for us to fight the tentacles of the beast anymore — it is the job of the freedom fighters of our era to stab at the brains of the wretched thing.

I am of course speaking of the banking cabal, the cult of financiers and elites that make up the globalist hierarchy. They pervade the halls of numerous institutions and think tanks, from the Federal Reserve and the Council on Foreign Relations to the International Monetary Fund and the Bank for International Settlements. They sit in positions of great political influence and hold council (and some would say considerable sway) over world leaders. They write “theoretical” policies which are quickly adopted by governments and made into law. They are primary stockholders and owners of our mainstream media. Their slithering fingers are wrapped around academia and many scientific communities. They insinuate themselves into every foundation of thought, because thought is what they most wish to control.

They prefer to divide and conquer, to pit one group against another, or to give their ideological enemies enough rope to hang themselves with. If they can’t rule the psyche of a society or succeed in 4th generation warfare, they will fall back to the old standard of brute force. In fact, they might just do that anyway, because what tyrant doesn’t love instilling abject terror every once in a while?

And yet, these “elites” stand on a razor’s edge. Despite all their supposed power, despite all their wealth, despite the vast spiderwebs they weave, all of it can be turned to ash in an instant and they know it. Empires like this rely on anonymity, and they are anonymous no longer. The cabal is out in the open; they have to be.

To shift the world into true globalism and true centralization requires actions which can be masked from some people but not all people. They believe the intricate digital networks they have funded will buy them total information awareness, but these same networks also provide us with the tools to understand who they are and what they want. This double-edged sword of full spectrum data creates a Catch-22 timeline. The longer the globalists wait to implement the one world system they desire, the more time we have to educate millions of people. The faster they implement their one-world system, the more likely they are to make a mistake.

Time is running out. Time is working against them. Time is the master here, and the globalists are nothing but paper boats on a tidal wave.

This organized conspiracy increases its odds of success through psychological manipulation. There will come a time, perhaps sooner rather than later, when banking elites and their political allies can no longer stand outside the game unscathed. Risk is coming. So, they must encourage as much self-defeat in the minds of freedom champions as possible.

The nihilists will cry, “When?! How?! Never!” But this is the nature of freedom. Freedom is in the fighting; winning is transitory. Tyranny can be subtle and it can be blunt, freedom is the same way. If you think because there is no shooting going on yet that a war is not happening, then you do not understand the nature of warfare.

Yes, it is possible that the fall of one globalist cabal might give rise to another, and another. But we are free to be there and to fight again. As long as we fight, we prevail. When we abandon the fight completely, that is when true slavery begins. Today, we fight using information versus propaganda, and we must be adept at this. We also must be adept at other forms of combat as the conflict escalates.

There will never be total absence of tyranny. The naysayers against the principle of freedom are delusional, or maybe they know such a standard is unattainable and this will make them forever “right.” When will the fight begin? It already has. It has been going on since time immemorial and we are merely here to continue it. This might seem like a task for Sisyphus – an endless circular nightmare. I look at it another way: We are a changing of the guard. We have inherited a responsibility beyond all responsibilities. In this age, we are the freedom fighters, and if we fail now then we pass an even more difficult horror on to some other generation down the line.

In my view this is unacceptable. The opportunity to end one longstanding tyranny is now. We must counter using information as long as is needed, and we must wake up as many people as possible, so when the time comes to storm the castle, the shared sacrifice is that much easier to bear. If you have taken up this fight in one form or another never let anyone tell you you are not free. Your ability to think and to act is concrete proof otherwise.

With global tensions spiking, thousands of Americans are moving their IRA or 401(k) into an IRA backed by physical gold. Now, thanks to a little-known IRS Tax Law, you can too. Learn how with a free info kit on gold from Birch Gold Group. It reveals how physical precious metals can protect your savings, and how to open a Gold IRA. Click here to get your free Info Kit on Gold.