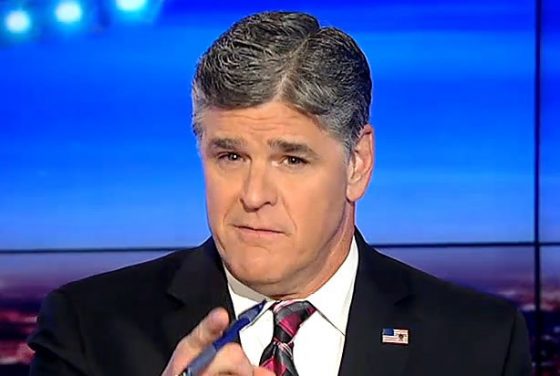 Fox News has stooped pretty low during this plandemic to make sure their corporate masters and politicians are protected while the rest of us starve. Sean Hannity is now asking people to not use the second amendment for it’s intended purpose: to stop tyranny and enslavement.

It’s time to call out the bullshit on all sides of the aisle, since they have all chosen to protect the government at our expense, and this time, Sean Hannity is using propaganda to try to keep the tyrants in power in Michigan. If you are still stuck in the left/right paradigm, you still don’t understand the problem. (Please forgive me for not remembering who said this quote, or I would give them full credit.)

Sean Hannity says in his video “everyone has the right to protest, protect themselves, and try to get the country open.” So far, he’s correct. Except everyone has the right to disobey the orders of tyrants too and use the 2A to back their decisions with protection if force comes their way. Yet Hannity says the “show of force is dangerous.” No. It’s dangerous to tyranny, not liberty, and we now know which side Hannity is on. You can’t get much more clear than that and I will not cover for tyranny at all in any capacity.

The police are the ones actively enforcing tyranny on all of us right now, and there is no debating that. While a handful of cops have come out and said they will not violate the liberty and rights of others, the truth is that most police have not, and are even doubling down on the force the ruling class needs to keep us in line.

“You know what,” says Brian of High Impact Vlogs in the video linked about. “Slaves ask for permission. Slaves get ‘permits’ and ask for permission ‘can I please have a right that the Constitution already said that I have? Can I pay my $100 so you can grant me permission to give me a license to have the right to have a gun you weren’t supposed to infringe in the first place?’”

Who Inflicts the Most Gun Violence in America? The U.S. Government and Its Police Forces

Sorry, Hannity, but the police chose their side, and now, so have you. We are not slaves.

We are not pawns in your game. We will not be silenced. We will not go down quietly as the police try to use force and violence to try to earn our compliance with our own enslavement. We are done complying and you cannot control us any longer. People are rising up and getting arrested and worse for refusing to comply with their enslavement, and at some point, the police will run out of people to arrest or realize that they have quickly become the bad guys they have always said they wouldn’t be.

We have figured it out. We know who is on the side of liberty and who is not. Thanks for showing your true colors, Sean. Now bow down, and lick the hands that feed you and the boots that are on your neck.