You are here: Home / The Daily Sheeple / Former Congressman Warns That Foreign Countries Could Bribe The Feds To “Regulate Drudge” 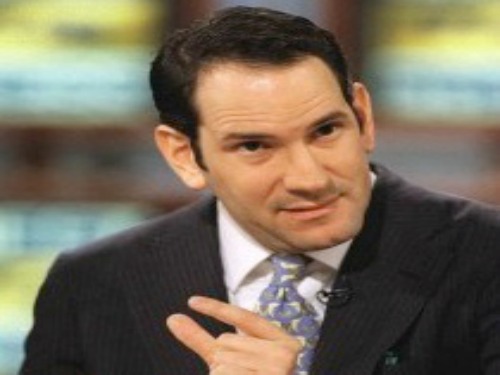 A former Republican Congressman from Colorado has warned that a foreign country could bribe or “incentivize” the FCC to regulate and “rein in” popular conservative news outlets, including The Drudge Report.

Former Rep. Tom Tancredo, in an opinion piece for The Hill, started out his shocking warning by downplaying the so-called Russian actors who may have spent a measly $100,000 with social media giant Facebook in exchange for ads that hurt Hillary Clinton.

Tancredo not only correctly noted that such a small amount of money could not have actually altered the election, he also destroyed the notion that the American establishment is “surprised” by the idea of a foreign government trying to influence an election.

Facebook CEO Mark Zuckerberg said this month that his company sold over $100,000 in social media advertising to a Russian government-controlled front group during the 2016 election cycle. While that amount is a relative pittance and critics are saying the ads were poorly produced — where is Bill Maher when you really need him? — the discovery has raised alarms.

It’s ironic, of course, that America’s media elites are suddenly alarmed, considering that the CIA and intelligence agencies abroad have engaged in similar activity for decades. But putting that aside, what if the bigger danger comes not from amateurish foreign advertisers, but from foreign governments seeking to influence the American regulatory agencies meant to act as the citizens’ watchdogs?

The former congressman then gets to the crux of his warning, asking a very pointed question to the reader that unfortunately sounds all too plausible in this day and age.

Could a foreign government — such as Russia, Ukraine, or Mexico, for example — bribe or “incentivize” a federal agency such as the Federal Election Commission to regulate (or “rein in”) conservative news websites?

The truth could be stranger than fiction if you examine the habits of the federal commissioners who run our regulatory agencies.

Tancredo then reveals a fact that news outlets like The Daily Sheeple have long reported – there are absolutely elements within the federal government who have expressed support for censoring The Drudge Report in the past while at the same time taking dozens of trips overseas, sometimes even bashing the American way of life while doing so.

For years, Democrats on the FEC have been vocal in their desire to regulate speech on websites such as Facebook and Twitter, to say nothing of Drudge and Fox News. Will they use the news of foreign government purchasing social media advertising as an excuse to enter that regulatory minefield more boldly?

But what’s even more worrisome is that third-party groups, some connected to foreign governments, have spent tens of thousands of dollars helping regulators travel around the world. Who’s to say that quid pro quo, spoken or unspoken, isn’t part of the equation?

It’s far more likely than the idea that foreign governments might be using a website like Drudge to spread propaganda. Buying one regulator would be more cost-effective than spending millions trying to sway millions through advertising. After all, “I can get it for you wholesale” is still the American way.

Consider this. As the establishment media continues to push their 24/7 anti-Trump echo chamber, real dangers poised by other countries are going unchecked, with many in the media most likely on board with the idea that top conservative news outlets need to be censored.

At this point one can’t help but wonder (and worry) that some form of political censorship of the internet is on the horizon which will most likely be attempted by connecting the amazing success of someone like Matt Drudge to supposed Russian propaganda operations – all in the name of censoring non leftist voices.