You are here: Home / The Daily Sheeple / For The Fifth Time, Colliding Black Holes Have Been Reported 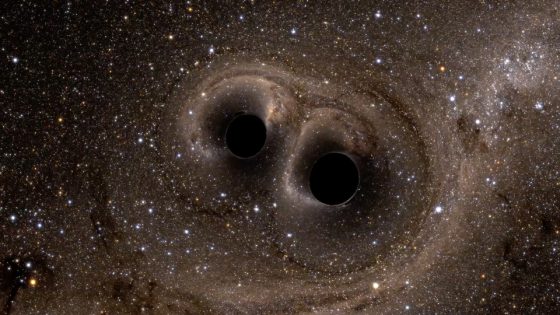 Spacetime ripples from black holes colliding have been detected once again. For a fifth time, scientists have reported the detection of two colliding black holes via their gravitational waves, tiny vibrations that warp the fabric of spacetime.

Unlike previous gravitational wave detections, which were heralded with news conferences often featuring panels of scientists squinting at journalists under bright lights, this was a low-key announcement. According to Science News, the event, caught on June 8, 2017, by the Advanced Laser Interferometer Gravitational-Wave Observatory, LIGO, was unceremoniously unveiled in a paper published online on November 15 at arXiv.org.

With masses 7 and 12 times that of the sun, the pair of black holes was the lightest LIGO has spotted so far. Scientists are now aiming to collect data from many black hole crashes. That data can be analyzed to answer questions about the population as a whole, such as how two black holes get paired up in the first place.

A computer simulation (above) shows the collision of two black holes, a tremendously powerful event. This simulation shows how the merger would appear to our eyes if we could somehow travel in a spaceship for a closer look. It was created by solving equations from Albert Einstein’s general theory of relativity using the LIGO data.

The lack of fanfare over this detection signals a shift, said Science News.It almost seems as though it’s expected news, which could be great for astronomy overall.