You are here: Home / The Economic Collapse Blog / Food Banks Warn They Will Soon Run Out Of Food As Economic Suffering Explodes All Over America
ShareTweetSubscribe 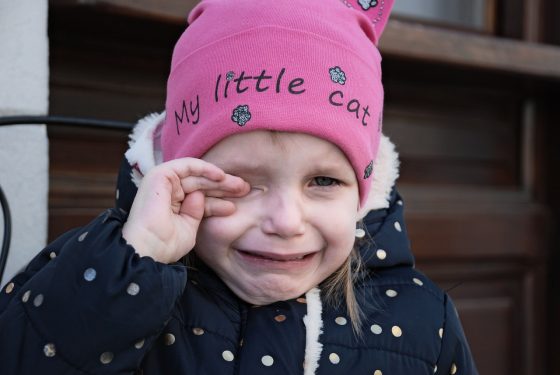 What are hungry Americans going to do when the food banks don’t have any more food for them? Over the past couple of weeks, we have witnessed the largest spike in unemployment in all of U.S. history. Since most of those workers did not have any sort of a cushion to fall bank on, a lot of of them have been forced to seek out emergency assistance for themselves and their families almost immediately. Of course our national network of food banks was not built to handle this sort of a scenario, and as you will see below, many of them are already starting to run out of food. But if things are this bad at the very beginning of this new economic downturn, what are things going to look like a few months from now?

It is imperative for people to understand that we are now in uncharted territory. At this point, even the head of the IMF is warning that this new economic crisis will be “way worse” that the last recession…

The coronavirus pandemic has created an economic crisis “like no other” — one that is “way worse” than the 2008 global financial crisis, the International Monetary Fund’s top official said Friday.

“Never in the history of the IMF have we witnessed the world economy come to a standstill,” Kristalina Georgieva, managing director of the IMF, said at a news conference.

And of course we are already seeing economic numbers in the United States that absolutely blow away anything that we witnessed back in 2008 and 2009. I don’t know that any of us ever anticipated seeing a single week when 6.6. million Americans would file new claims for unemployment benefits.

These are the US unemployment claims in their historical context pic.twitter.com/NJAqPl9BVg

As this “coronavirus shutdown” continues all over the nation, U.S. economic numbers will continue to be nightmarish for the foreseeable future. In fact, what Morgan Stanley is projecting for the second quarter is nothing short of terrifying…

Following Friday’s report, Ellen Zentner, chief U.S. economist at the New York-based investment bank Morgan Stanley, lowered her growth forecast for second-quarter gross domestic product to -38 percent on an annualized basis. She says the U.S. economy will lose 21 million jobs, running the unemployment rate up to 15.7 percent, a level not seen since the Great Depression.

Of course the people that are going to feel the most pain are those on the lowest rungs of the economic food chain.

According to Bloomberg, “bread lines are forming” even in some of the wealthiest areas of the country…

With more than 10 million people across the nation suddenly unemployed, bread lines are forming in the shadows of privileged enclaves like this one in Florida.

For the past two weeks, the kitchen staff at Howley’s has been cooking up free meals—the other day it was smoked barbecue chicken with rice and beans, and salad—for thousands of laid off workers from Palm Beach’s shuttered restaurants and resorts. The rows of brown-bag lunches and dinners are an early warning that the country’s income gap is about to be wrenched wider as a result of the Covid-19 crisis, and the deep recession it has brought with it.

Elsewhere, vehicles are lining up at the crack of dawn at food banks all across the United states.

Feeding America is the largest food bank network in the nation, and the demand that they are seeing right now is unprecedented…

Millions of people newly unemployed mean food banks, food pantries and soup kitchens are seeing a flood of new clients appearing at their doors, just as supplies are dwindling because of growing demand from consumers stuck at home.

Food banks are reporting a 40% increase in demand, on average, said Katie Fitzgerald, chief operating officer at Feeding America, a network of 200 food banks and 60,000 food pantries and meal programs nationwide. Some say they are seeing double to quadruple the number of people asking for help.

Unfortunately, this is happening at the same time that donations to food banks are way, way down. Feeding America locations are usually heavily supplied by major retailers, and right now those retailers are having a really difficult time keeping their own shelves stocked.

As a result, Fitzgerald is warning that some Feeding America locations may soon “not have enough food to distribute”…

“Food banks could very well get so low on their inventories that they would not have enough food to distribute,” she said.

Louisiana has become one of the national hotspots of the coronavirus outbreak, and things there are particularly dire.

In fact, the head of the Greater Baton Rouge Food Bank says that his facility only has “a few weeks left of food”…

Mike Manning, president of the food bank, said its usual sources of food for the needy in 11 parishes are drying up, as residents stock up their refrigerators and shelves at home during the coronavirus pandemic.

“Our inventory is down significantly,” Manning said Thursday. “We’re looking at a few weeks left of food, unless we can find relief from the federal government and Feeding America,” a national network of more than 200 food banks.

But at least they haven’t had to turn anyone away yet.

At the Greater Pittsburgh Community Food Bank, hundreds of vehicles have been turned away in recent days…

The Greater Pittsburgh Community Food Bank provided food to about 4,000 vehicles at three recent events, but had to turn hundreds away. Traffic was backed up for miles, said Lisa Scales, the agency’s CEO.

On Monday, 40 cars had already lined up by 9 am ET, even though distribution didn’t start until noon. More than 800 vehicles ended up receiving boxes of groceries.

The longer this “coronavirus shutdown” lasts, the deeper the desperation is going to become.

And even once the “shelter-in-place” orders have finally been lifted, one recent survey found that most Americans plan to continue to hunker down…

A majority of Americans are hunkering down and say they will continue to social distance or stay at home even if lockdown orders are lifted, according to a new poll.

While 87% of the American public is staying home — regardless of whether or not it’s mandated by state or local municipalities — most plan on continuing to do so for all of April, according to the poll taken by the Huffington Post/YouGov survey.

So the truth is that there will not be a return to “normal” any time soon.

As long as a substantial portion of the population is afraid of the coronavirus, economic behavior is simply not going to go back to old patterns.

“Only about one-quarter of Americans say they expect things will soon go back to normal in the country, with 62% foreseeing lasting effects on the nation. The rest are unsure what will happen.”

In the days ahead, there will be economic ups and downs, and financial markets will continue to fluctuate wildly, but the truth is that the “good times” are gone for good.

And remember, this coronavirus is just the beginning, and a lot more challenges are on the way.

As “the perfect storm” unfolds, please don’t forget those that warned you about all of these things in advance.

These are truly unprecedented times, and the level of economic suffering that we are already witnessing is off the charts.

Sadly, the pain for ordinary Americans in only just getting started, and that is going to have enormous implications for our society as a whole.