You are here: Home / SHTF Plan / Federal Judge Blocks California Magazine Confiscation Law: “The Constitution Is A Shield From The Tyranny Of The Majority” 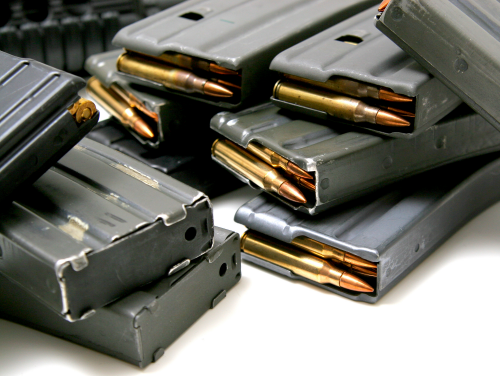 It’s no secret that people on the left have a disdain for our representative form of government. That’s why they threw such a big fit over the electoral college system after the last election. They don’t like the idea that laws and elections aren’t determined by the will of the majority, and they don’t recognize how dangerous that would be for everyone’s freedom (or worse, in some cases they know exactly how dangerous it would be).

But their hatred for our constitutional republic extends beyond the electoral college. They would prefer to live under a pure democracy, where the majority of the population can trash the rights of the minority. They would rather live under a system where individual rights are sacrificed for their twisted version of “the common good.”

Fortunately, that’s not the system we live under. In this country, your rights can’t be taken away just because most people think those rights are dangerous. That fact was made abundantly clear recently, when a judge in California filed a preliminary injunction against a law that would force gun owners to give up large capacity magazines that had been bought legally before they were banned. The injunction effectively prevents California from enforcing the law for the time being.

“The Court does not lightly enjoin a state statute, even on a preliminary basis,” Judge Benitez said in the ruling. “However, just as the Court is mindful that a majority of California voters approved Proposition 63 and that the government has a legitimate interest in protecting the public from gun violence, it is equally mindful that the Constitution is a shield from the tyranny of the majority. Plaintiffs’ entitlements to enjoy Second Amendment rights and just compensation are not eliminated simply because they possess ‘unpopular’ magazines holding more than 10 rounds.”

“If this injunction does not issue, hundreds of thousands, if not millions, of otherwise law-abiding citizens will have an untenable choice: become an outlaw or dispossess one’s self of lawfully acquired property,” he said in the ruling. “That is a choice they should not have to make. Not on this record.”

But as you might expect, not everyone is pleased with the ruling. State attorney general and former Democratic representative Xavier Becerra was quick to criticize the ruling.

“Proposition 63 was overwhelmingly approved by voters to increase public safety and enhance security in a sensible and constitutional way,” Becerra said in a statement on the ruling. “Restricting large capacity magazines and preventing them from ending up in the wrong hands is critical for the well-being of our communities. I will defend the will of California voters because we cannot continue to lose innocent lives due to gun violence.”

But that doesn’t matter to liberals like Xavier Becerra. He has his agenda, and he thinks the “will of California voters” trumps the fundamental rights of every resident in his state. Thank god we don’t live in a pure democracy, or we would have lost all of our rights long ago.

Why We Have a Second Amendment: Venezuela Plans to Give Firearms to Loyalists So They Can Purge Growing Resistance

The Attack on the Second Amendment is not Finished