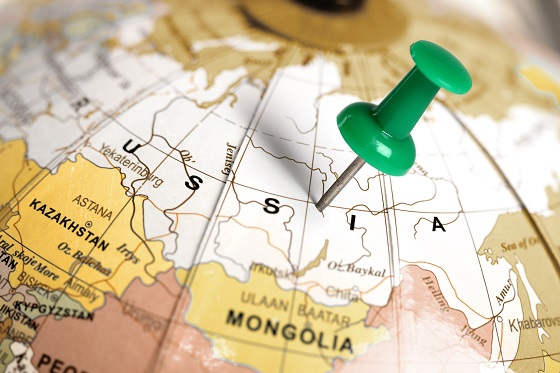 CNN is in trouble, with its reputation tanking as a result of publishing an article connecting Trump ally and Wall Street financier Anthony Scaramucci, who served on the executive committee of Trump’s transition team, to the $10-billion Russian Direct Investment Fund. The story based on a single antonymous source happened to be a fake. Despite swift retraction of the article, apology published and the following resignation of three veteran journalists, the image of the cable news network has been greatly tarnished.

True, CNN imposed new rules on the stories regarding Russia but it will hardly repair the damage done. The network was on track for record profit of more than $1 billion in 2017. It has been expanding investigative teams while vigorously attacking the US president to be ultimately caught in an anti-Trump trap. “I would encourage everyone in this room and, frankly, everyone across the country, to take a look at it,” Deputy Press Secretary Sarah Huckabee Sanders said. “I think if it is accurate, I think it’s a disgrace to all of media, to all of journalism.”

In early January President Donald Trump called CNN “fake news”. The White House refused to send its spokespeople or surrogates onto CNN shows, accusing the network’s reporters of publishing highly-damaging and unverified accusations about the president’s behavior in Russia. Some people believed it was not a smart move because leading news networks, like CNN, have become powerful enough to make politicians, including presidents, do their best to avoid quarrels. It is widely believed that politicians come and go, but media outlets remain. Looks like CNN is on the way to become an exclusion from this rule.

The recent fake story is just another example of the network’s inaccurate reporting and wrongdoings. CNN has been involved in a series of scandals. It touted the boy called Omran Daqneesh as the face of civilian suffering in Aleppo at a time the city was divided between pro-government and rebel forces and suffered under intensive fighting. CNN anchor Christiane Amanpour used the picture of Daqneesh in her October interview with Russian Foreign Minister Sergey Lavrov to question Russia’s support of Damascus in the Syrian conflict. “That is a war crime, sir,” she said showing the photo. The boy resurfaced in world media this month after his family agreed to talk to journalists. His father Mohammad Kheir Daqneesh accused the White Helmets of using his family to produce propaganda.

In March, CNN reported that the FBI had information suggesting President Donald Trump associates “may have coordinated” with Russians on the release of information damaging Democratic candidate Hillary Clinton during the election. “There’s probably more evidence that CNN colluded with the Clinton campaign to give her questions than the Trump campaign gave any kind of collusion,” White House Press Secretary Sean Spicer snarked at today’s press briefing, when asked about that report.

In May, comedian Kathy Griffin was fired by CNN for the shocking picture in which she was seen holding a mask of Trump’s bloody, severed head. The same month, CNN anchor Anderson Cooper apologized for ‘crude’ remark to Trump supporter during an interview. This month, CNN had to fire Reza Aslan, the host of a documentary series on the network, for his profane anti-Trump tweets.

The list can go on, there are numerous examples of CNN’s inappropriate behavior as it is waging attacks against the president and all’s fair in war. CNN belongs to the networks President Trump called “the enemy of the people,” addressing the annual Conservative Political Action Conference in February. Obsessed with Trump and “Russia’s threat,” CNN has downgraded in front of our eyes into a vulgar, lowbrow network. Step by step it is moving to collapse.

It’s not CNN only. President Trump has said that NBC and ABC reports regarding the administration’s links to Russia have also been biased or untrue. At a time the Senate approved the sweeping anti-Russia sanctions bill to be considered by the House now, somebody “leaked” to Buzzfeed the classified information about the State Secretary Rex Tillerson’s “secret” road map – a plan to improve the relations with Russia. Evidently, the goal was to spur the process of the bill becoming a law and hinder the implementation of the State Secretary’s plans.

The US media are waging an information war in an effort to oust Donald Trump from the White House. That’s where Russia – the country blamed for each and everything going awry in the United States – comes in handy. None of the stories regarding Russia and President Trump has been backed up by anything like solid evidence or facts. Even if only a small part of them were true, impeachment procedures would be launched but nothing like that has happened, except that US media has limited the President’s room for maneuver with endless false stories about Russia.

What if the investigation led by Special Counsel Robert Mueller does not produce any facts to make the media information offensive look like a failed conspiracy to stage a quite coup d’état in the United States? Will those who work in the leading media networks waging the smear campaign and spreading around unconfirmed information be held responsible?

Media attacks negatively affect the prospects for a Putin-Trump meeting during the Russia-US summit to take place on July 7-8 in Hamburg, Germany. The US is no less interested in the positive outcome than Russia. With the troublesome news coming from Syria, tensions running high between Russia and NATO, arms control and non-proliferation regime eroding, and terrorists moving to Africa and the Asia Pacific, as well as a host of other issues on the agenda, the US media do a disservice to their own country by obstructing all attempts to revive the Russia-US dialogue on burning issues of mutual interest. Intensification of media attacks against the president in the days left till the event in Germany is something to be expected. But too much zeal is not always a good thing. Scoop stories attract public attention just for a few days, but a good reputation is hard to win and easy to lose. The CNN fake news scandal is a good illustration of the fact.

Contributed by Alex Gorka of www.strategic-culture.org.

Strategic Culture Foundation provides a platform for exclusive analysis, research and policy comment on Eurasian and global affairs. We are covering political, economic, social and security issues worldwide. Since 2005 our journal has published thousands of analytical briefs and commentaries with the unique perspective of independent contributors. SCF works to broaden and diversify expert discussion by focusing on hidden aspects of international politics and unconventional thinking. Benefiting from the expanding power of the Internet, we work to spread reliable information, critical thought and progressive ideas.