You are here: Home / Zero Hedge / Exclusive: How the Home Capital Sausages Were Made

In mid-2014, a whistleblower alerted the Home Capital board to the massive income verification fraud that had gone undetected for years at HCG. The board responded in early 2015, no doubt at the insistence of OSFI, by hiring KPMG to conduct an independent review of what led to this epic breakdown in HCG’s underwriting systems. We are in possession of a copy of KPMG’s report, and for the first time ever are giving the public the unvarnished truth of how Home Capital ran its mortgage business. In preview, it is a very ugly picture. Read on for a full vetting of what the Financial Post’s Terence Corcoran described as “clearly insignificant developments.”

Underwriting and Credit Review – I Love Lucy in the Chocolate Factory 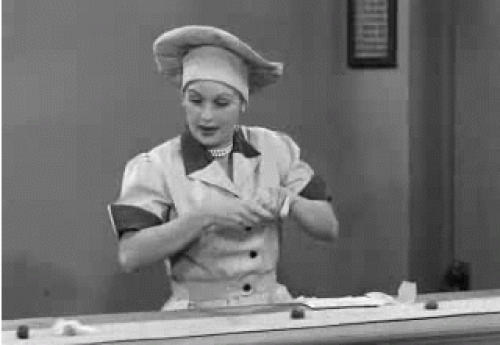 KPMG found that the underwriting and credit review functions were riddled with broken processes, faulty or non-existent documentation, and rushed, half-baked loan approvals. Reading the document evokes images of Lucy’s futile efforts to inspect and package truffles while the line speeds up in the chocolate factory. Among KPMG’s findings were:

Despite the obvious potential for fraudulent loan applications to escape notice in such a slipshod credit approval process, even when it was presented with direct evidence of high risk loan files and submitting brokers, HCG ignored the red flags being raised both from within and outside of the organization. Such was the strength of the ‘sales growth at any cost’ culture of the company that it willfully walked into a minefield of fraudulent loan applications.

We Don’t Need No Stinking Systems

The best way to describe HCG’s systems infrastructure is this: utter fiasco. As was suggested by the botched and serially rebooted broker portal “launch”, HCG appears to have no internal capability to manage an IT project of any scale. Despite this, it undertook a program to replace its legacy systems with an SAP implementation that ran significantly over budget. Tales of SAP consultants burning $600 an hour are legion among HCG ex-employees, with the finally tab for the project coming in at over $50MM. And yet, when all was said and done, major parts of the SAP system were never fully implemented. There is a reason why Rhonda Starkman’s statements from HCG don’t foot. Among KPMG’s findings:

The KPMG report makes clear that the credit and risk management functions were paper tigers within the HCG culture and their findings and recommendations were routinely ignored or overruled by the imperative to meet growth objectives. This is the house that Jerry Soloway built. KPMG’s investigation found:

“Underwriter S” had a loan approval rate of over 150 per month, implying he approved almost one loan per hour of each workday. The EVP and SVP of Mortgage Lending were informed by ERM of the deteriorating quality of Accelerator loans by “Underwriter S” in May 2014, but this issue was not discussed at either the Credit or Operational Committees where both were members. [Contrast this finding with Martin Reid’s July 30, 2015 statement that “no employees were complicit in any of this (income verification fraud)”] Underwriter S was terminated as part of Project Trillium.

The KPMG report in its totality is devastating. Its description of HCG’s operations resemble those of a Wolf of Wall Street-worthy boiler room operation rather than a Schedule 1 bank. All the normal business functions of a financial institution were subjugated to growth objectives. Red flag warnings were routinely ignored, internal credit and quality control processes were either non-existent overridden or outvoted, and the IT systems were either dysfunctional or simply turned off. Home Capital was a $20+B bank run on spreadsheets and SalesForce.com. Finally, the report removes any remaining mystery as to why HCG, despite trolling the length of Bay Street for financing, could only raise money on loan shark terms in its deals with HOOPP and Warren Buffett. Quite simply, no one trusted the quality of loans produced by a culture and an organization with these glaring flaws.