You are here: Home / The Economic Collapse Blog / Every RINO Needs To Go 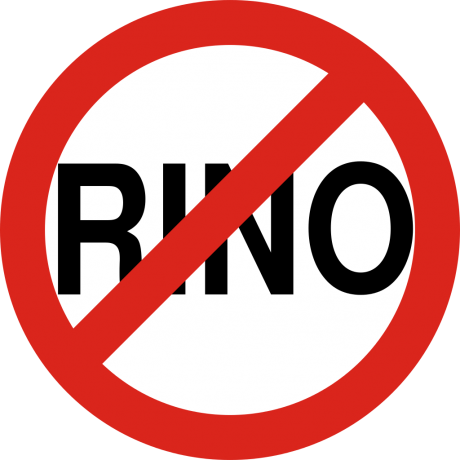 It looks like the effort to repeal Obamacare is completely dead, and that says a lot about the current state of the Republican Party. For decades, RINOs (Republicans In Name Only) have been using labels such as “Republican”, “conservative”, “pro-gun” and “pro-life” to get elected, but then once they get into office they govern like Democrats. There was so much hope when Donald Trump won the election last November, but thanks to the RINOs in Congress not much has actually been accomplished so far. In fact, this is being called “the most unproductive Congress in 164 years”. The following is an excerpt from an article published by The Week…

Just six months ago, it looked like the Republican Party was about to go on a legislative blitzkrieg, shredding law after law passed by the Obama administration. ObamaCare would be vaporized and replaced with a nickel rattling inside an empty Mountain Dew can. Dodd-Frank was sure to be tossed aside for a transparent giveaway to Wall Street. And Republicans would pass their regressive tax reform, their perplexing border-adjustment tax, and so much more. The GOP hadn’t held total power in American politics since 2006, and the party had become much more conservative in the interim.

Most of us were anticipating that so much would get done over the past 6 months, but instead we have seen nothing but gridlock.

The most recent example of this has been the Obamacare debacle. After failing to push through “Obamacare 2.0”, Majority Leader Mitch McConnell decided that he would switch gears and try to get a clean Obamacare repeal bill through the Senate, but unfortunately that effort has already failed…

Republican Sens. Susan Collins of Maine, Shelley Moore Capito of West Virginia and Lisa Murkowski of Alaska said they will not support a motion to proceed to the bill, which would repeal Obamacare in two years. Without their support, McConnell cannot get the 50 votes he needs to pass a repeal bill.

Collins, Capito and Murkowski are perfect examples of what I am talking about when I use the term “RINOs”. They are essentially Democrats, but they have been able to successfully use the Republican label to get elected.

Unless we are able to start kicking the RINOs out of Congress, most of Trump’s agenda is going to go nowhere.

Obviously Trump is not happy about what has transpired in the Senate, and now his plan is to basically sit back and let Obamacare fail…

But will the Democrats come to the Republicans ready to compromise as Obamacare comes apart at the seams?

I seriously doubt it.

I think that they are convinced that they can successfully point the blame at the Republicans as our health care system continues to deteriorate.

Personally, I believe that the more the federal government gets involved in health care the worse it is going to get.

Unfortunately, once you establish a program that gives out free goodies to people it is hard to take that back. For RINOs such as Collins, Capito and Murkowski, one of the biggest obstacles to repealing Obamacare is that it would roll back the Medicaid program to pre-Obamacare levels.

That is nearly half the country.

Of course many Democrats would like to go all the way and put everyone in such programs, but then we would have a completely socialized health care system.

The big problem with socialism is that eventually you run out of other people’s money. Everybody likes free stuff, but somebody has to pay for all of that free stuff somewhere along the line.

And if people are forced to expend time and effort in order to get their free stuff, interest in the free stuff drops substantially. In Alabama, food stamp enrollment plunged dramatically once work requirements were re-instituted…

Alabama began 2017 by requiring able-bodied adults without children in 13 counties to either find a job or participate in work training as a condition for continuing to receive Supplemental Nutrition Assistance Program (SNAP) benefits.

According to AL.com, the number of those recipients declined from 5,538 to 831 between Jan. 1 and the beginning of May – an 85 percent drop.

Similar changes were implemented in select counties in Georgia and by the end of the first three months, the number of adults receiving benefits in three participating counties dropped 58 percent, according to the Georgia Public Policy Foundation.

In my brand new book entitled “Living A Life That Really Matters”, I open up about why I want to run for Congress. For way too long we have had a federal government that has just gotten bigger and bigger and bigger. We need to swing the pendulum way back in the other direction, and we need to educate people on the benefits of having a very limited central government.

If you take the shackles off, the free market system works incredibly well. And once upon a time, the United States actually had a free market health care system and it was the best on the entire planet.

We can get there again, but first we need to get rid of the RINOs in Congress and replace them with people that deeply believe in true conservative values.