You are here: Home / SHTF Plan / Damning Evidence Cuba Launched A Sci-Fi Weapon At US Diplomats 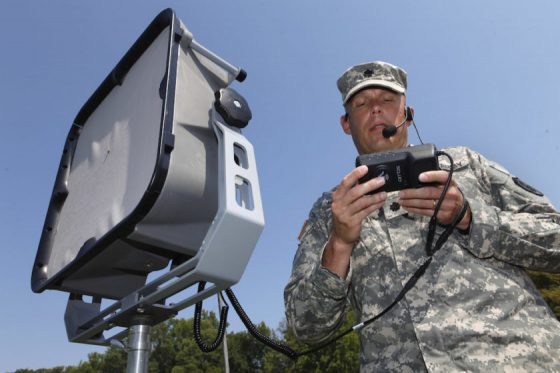 They mostly come at night – the attacks from Cuba. Mostly. And many victims never noticed anything odd while others noticed a strange vibration or sound.

It all started in the fall of 2016. Several of the affected diplomats were recent arrivals at the embassy, which reopened in 2015 as part of Barack Obama’s reestablishment of diplomatic relations with Cuba. The Daily Mailreported that one diplomat described being jolted awake in a Havana hotel room by a grinding, blaring cacophony. When he moved a few feet across the room, the noise stopped. When he got back into bed, the agonizing sound hit him again; as if, he told doctors, he had walked through some invisible wall cutting straight down the middle of his room.

Whether they heard anything or not, the consequences have been unmistakable — symptoms ranging from nosebleeds, nausea, dizziness and severe headaches to mild brain damage and permanent hearing or memory loss. Oddly, as soon as some of the victims left Cuba, they stopped hearing noises. – Daily Mail

Or, as some say, maybe it isn’t as odd as we’d expect given the astonishing explanation that has surfaced as to why at least 21 U.S. diplomats, as well as others from Canada, have been brought low while serving in Communist Havana. Although America hasn’t officially pointed any finger at the likely culprit, Washington believes they were victims of a secret sonic weapon blasted their way by the Cuban government.

After months of investigation, U.S. officials concluded that the diplomats had been exposed to an advanced device that operated outside the range of audible sound and had been deployed either inside or outside their residences. It was not immediately clear if the device was a weapon used in a deliberate attack, or had some other purpose.

No one has lost their life because of this “sci-fi sonic weapon,” but the effects have been dramatic. Months later, some of the victims are still struggling to concentrate or even recall common words. This evidence of long-term mental damage has hardened the U.S. attitude against Cuba. Now, the repercussions are being felt in diplomatic shockwaves powering across the Caribbean sea in the direction of the Communist state. It may get real ugly real soon.

This scandal now threatens to derail all efforts made at improving relations with Cuba.

[Over] the weekend, the U.S. Secretary of State, Rex Tillerson, revealed the Trump administration was taking the controversy so seriously that it was considering closing its embassy in Havana. Some U.S. senators have gone further, demanding that the government also kicks out every Cuban diplomat in America (the U.S. expelled two in May as a protest over the scandal). – Daily Mail

Several other experts are skeptical still as to this type of weapon’s existence. “There isn’t an acoustic phenomenon in the world that would cause those type of symptoms,” Seth Horowitz, a neuroscientist and author of the book “The Universal Sense: How Hearing Shapes the Mind,” told Business Insider via email. It “sounds like a science experiment,” James Carson, former head of the U.S. Interests Section in Havana, told The New York Times.

Toby Heys, the leader of Manchester Metropolitan University’s Future Technology research center is also skeptical. He told New Scientistthat it’s possible for something emitting infrasound (vibrations at a frequency below what humans can hear) to cause hearing loss. But Heys said that would require large subwoofers, making covert deployment unlikely. Ultrasound devices, which operate above the range of human hearing, exist and could damage the ears, Heys said. But these sonic weapons would need to be directly targeted into the ear. “Overall, I would be pretty circumspect about the claims, to be honest — it is all very Philip K. Dick territory,” Heys said. “That said, we are living in a fairly surreal world right now.”

In the meantime, president Donald Trump and Secretary of State Rex Tillerson are taking these allegations of acoustic weapons very seriously.