You are here: Home / Wake Up World / Cosmic Divine Beings in Gaia’s Great 5D Ascension Shift
Print Friendly or Save as PDF 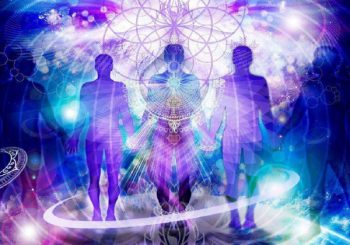 These are challenging, but adventurous and necessary times to wake up. People everywhere are peeling off the veils of a hefty amnesic slumber. We’ve been caught up in a grand illusion, that we know, but in the immortal words of Morpheus, just how deep does this rabbit hole go? Waking up to the matrix is one thing. Waking up to the soul is another. But now people everywhere are discovering the most divine gifts imaginable: speaking in light language; opening portals; processing people’s karma. The next evolution of humanity is beckoning. Beyond the veils Cosmic Divine Beings are emergent in Gaia’s spectacular 5D Ascension Shift.

When you expand out of the 3D and feel the blessed interconnectivity of life in 4D consciousness, you may be forgiven for thinking you’ve arrived. Yes, it’s the beginning, yes it feels like that mystical state of Enlightenment that the masters have spoken of. But it becomes a trap if you linger there, a bubble, an eddy current disconnected from the enlightened flow. We must not rest on plateaus, there is so much more to experience and be aware of.

The source of the absolute will compel you and that’s essential – that inner hallowed place of pure presence, the singularity from whence this all arose. But even that’s not attainable if you’re aiming for it. Being the seeker defines you as not there. And in the layers of pure consciousness, truth is the key… and the lock. Whatever statement you’ve made, “I’m seeking”, renders that as your reality. You are not there!

But there is another way.

Activate Your Kundalini, Open into the Higher Dimensional Flow…Download Meditation

From Seeking to Realising

Rather than seeking, there is realising. Realising, expressing and embodying a new aspect of your divine beingness. The entire Universe is based on the predication of divine expression. For what else is the Universe doing if not effortlessly expressing itself? The soul is a wave, and when you untether it, then it flows, right back to the welcome shores of The One. You’re fervently and passionately engaged in your joy, that which crumbles your cookie, like the finest chocolate simply melting on your tongue. Suddenly time has elapsed. Hours slipped by. And there in the background, the blank canvas of presence, simply emerged. Everything you ever inquired about, efforted for, struggled to achieve, everything you ever wanted is suddenly answered. All the lights in the Universe come on. You’ve arrived.

And so the story truly begins. The enlightened state is merely the beginning. There is much to untether with the soul. But with each unwinding, with each revelation, the flow is resumed and The One flickers into view yet again, like an old filament lamp, struggling to stay on in the darkness.

So, in your deepest depths who are you? What can you truly be?

I am blessed. I spend a big part of my life travelling the world connecting and working with emergent souls, the divergents, who’ve tired of the system. The insurgents who came here to blaze a trail that others might also shake off the delusion. Often these are quiet, unassuming people, who, thus far, led ‘normal’ lives – house wives, office staffers, health care workers, gas pump attendants and yes, bankers too. The onset of a Galactic Superwave, triggering our solar system, firing off the 11:11 alarm clock, is bringing the soul of humanity awake.

He’s a lot to wake up from. An unholy alliance of Alien Intervention Groups, from Nibiru, Orion and Draco honed in on this bounteous earth, with its resplendent form and abundance of resource. It needed a ‘space suit’ for this atmosphere, a vehicle through which to incarnate. Enter stage left Homo Erectus. A sparkling new diamond, with all the potential to become the Cosmic Multidimensional Being. But in a consciousness sense, in an expansive universal sense, just a kinder garden pup too.

And so the Intervention, with all its cosmic travelling experience, these old sea dogs, with knowledge and almost unimaginable energy manipulation skills set about adapting this space suit, bending this being to their own ends. Decoding DNA, inserting disconnecting energy implants, exploiting the inner density of past life karma. These are engineers, builders, manipulators, controllers. They know that if you squeeze the soul out to at least a reasonable degree, then they can infuse their own consciousness through – that of control, consumption, manipulation, supression. They know that to skew the original vibration, is to be able to infuse it with their own. And thus they succeeded in owning the Earth and everything on it.

Enter stage right the starseeds from the Pleiadies, from Andromeda and Arcturus, the Angels and Higher Dimensionals and from who knows where else.

How do you right this humungous wrong? Truth is the key. The most powerful weapon in the Universe is a simple meme of truth. Take it right back to first principles and you’re immediately armed with a nuke. Freedom that goes viral: “Control does not work”. How can it? Is the entirety of the Universe controlled? Then you’d need to insist that some Creator God intended and designed it. So who preceeded the creator? How was the matter formed that created ‘him’? Yet you can successfully postulate it came from the infinite potential of pure presence – the nothing/everything. The postulation becomes reality for you when you touch the enlightened state.

And so the immaculate Toroidal Flow is simply happening, flowing, creating, expressing, and right at the core, right in the vortex, is the singularity, the hallowed place of the One. Express yourself as the Torus, in your own way, your immaculate own form, then you become the most incredible unravelling possibility.

I have sat with people who’re being influenced by the intervention, ‘possessed’ without hardly knowing it – in a way, that is the Homo Sapiens condition. The soul is like the wind blowing through the trees, you only know it by the trace it leaves. And if there’s a sideways gust, then it becomes possible to divert, to redirect. This is what they do. But if you direct attention inwards and follow the trail of rightness, then you can strip out this intervention frequency. You become able to speak into it, to commune with it and play back that meme of truth…

“Control does not work!”

Hence even the most powerful reptilian recognises, realises and shrinks back. Before long, they’re wanting the long forgotten freedom they see in your ridiculously free eyes too – they can feel it, in the ecstatically uncontrollable vortex that you are.

The Ocean Merges into the Drop

Coherency is the key. Know yourself. Know your vibration. Embody it. Express it. Without limitation. Your note becomes a bell, penetrating into the far recesses of your inner universe. Nothing can then influence you. You’ve decided who you are, an authentic expression of self, the Universe realising the fullness of itself through you.

The drop has merged into the ocean. And now the ocean is merging into the drop.

You’re walking along the street, houses to the left of you cars to the right, people coming onwards, walking to offices and shops and telecall centres in skirts and suits. All the familiar lines, boxes and shapes you’ve come to expect. In the mind there’s an interrelation going on. Are you still being that identity that’s interrelating? Are you still forming that comfortable Homo Sapiens map? The safe one. The comfortable coffee shop one. The one that will get you to where you’re ‘supposed’ to go. The gold fish bowl. Or, are you constantly surrendering that, coming into the stream of pure flow. Are you courageously ripping up the anchor of security, for the world of subtle multidimensional sense interplay; one of nuances and nudges – go here now, express in this way now. You have to keep pinching yourself awake that somehow, this crazy maverick freedom will succeed. Somehow the light you’re shining will find a way. You’ve reached the point where you simply know…there is no other way!

And so now these Cosmic Star Beings, this new divine human, this DIVINICUS as I call it, have resounded to the bell. Through the galactic 11:11 trigger the Torus is saying, “Wake up!” “Come alive!” “Be Yourself!”

Suddenly you find yourself drawn to a place where you’re dry heaving, crying, laughing, coughing up density – before remembering, yes, this is how we process karma. This is how we unblock the density. This is how we dispatch the intervention. And now you’re speaking a curious language that you’ve never learned before, where did that come from? Well it’s light language, that speaks all of its own accord. And so you’re rewiring DNA in someone, bringing their original cosmic possibility alive. Or else you’re going inwards, realising the entirety of the Universe is to be found there. So you can open a window, a portal, into another constellation. And now you’re channelling the wayward souls of the intervention back home, that they may begin their own healing process.

Changing Reality with a Splutter!

So often I hear from the incredulous awakened cosmic being, “did I really do that? Just by coughing, spluttering, crying and yawning?” Well, yes you did!

Now is not the time for us to play it small. The stage has been set for the final act. Gaia is gathering, gearing up for the big Shift, crunching through the climate gears. But she’s doing so as gently as she can. She wants as many of her children as possible reborn there with her in the Ascension Shift to 5th Density (and the 6th and the 7th).

Here it is. Almost unimaginable. We’re going back to the future. Unravelling all this karmic history, returning to the brink of where Original Humans became Cosmic Divine Beings – almost. They were tantalisingly close, before the intervention that was. But history has a tendency to repeat itself – in this case thankfully! Thus here you and I stand. On the brink. Once more. Quivering like bright new pins.

Ready to dive into the centre stream of your immaculate home coming.

Back to the start.

Back to the future.

Originally published at www.openhandweb.org and reproduced here with permission. 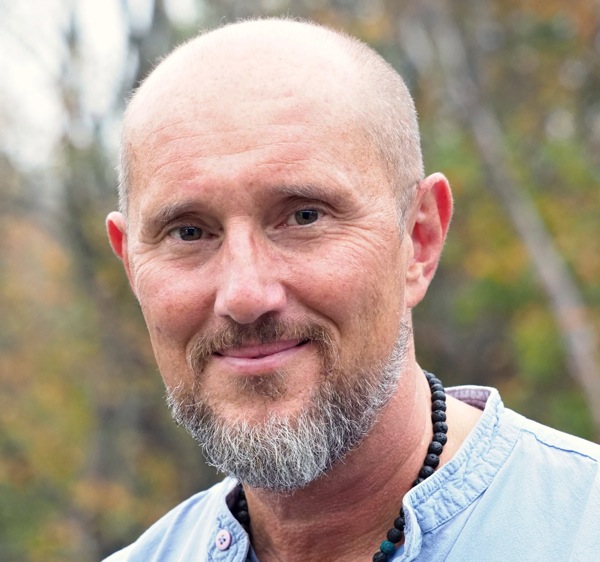 Openhand is a unique approach to spiritual evolution: integrating enlightened wisdom of spiritual masters through the ages, it is a way of tapping into the Benevolent Guiding Consciousness of the Universe and aligning with it in your life. It helps you unveil your True Self, remove karmic blockages and unfold your Divine Destiny. It leads to authentic, resilient and truly successful living.