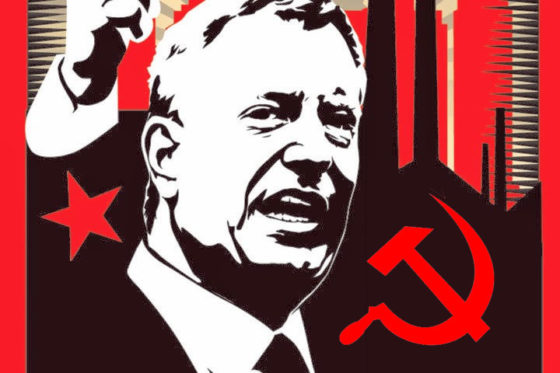 It appears as though unlike in East Berlin under Nazi rule, people aren’t too keen on tattling on their fellow Americans during times of tyranny. In New York, Communist Mayor Bill de Blasio’s social distancing tip line has been mostly flooded with obscenities.

Comrade de Blasio wants New Yorkers to snitch on others who dare to step outside the government’s commands that you “social distance.” But New Yorkers let the tyrant know exactly how they feel about being commanded to tattle on their fellow Americans. The tip line has been flooded with “dick pics” and people flipping the bird, according to the New York Post.

Photos of extended middle fingers, the mayor dropping the Staten Island groundhog. and news coverage of him going to the gym have all been texted to a special tip line that de Blasio announced Saturday, according to screenshots posted on Twitter.

One user sent the message “We will fight this tyrannical overreach!” to the service and got an automated message that in part said, “Hello, and thank you for texting NYC311.”

I did my part pic.twitter.com/Md5WmVmXZG

People all over Twitter has been using humor to blast de Blasio’s fascist ideals.

Instead of Americans snitching on each other, they flooded de Blasio’s “social distancing tattle tale” line with penis pics and Hitler memes ?? https://t.co/pkn6sdbwrW

It’s refreshing to see humanity stand together against the tyranny these elitists are attempting to force upon us all.

Remember, he is a communist and the Stasi of former East Germany did the same to their citizens. the kids would tell on their parents. such a shameful man

This is a good sign that Americans are not going to tolerate tyranny. It took a major government overreach, power-hungry governors, and real authoritarian ideals to actually wake some up, but now that they are, this could be the beginning of something great, and the ends of modern slavery for good!

In fact, the New York Post reported that the inundation of “off-color” texts was so large the city had to temporarily shut down the service. Thanks to all the people who texted de Blasio’s hotline with obscenities. When we all come together, they cannot stop us. If the authoritarians get this snitch line up and running again, it’s likely people will react in the same way. This is how we shut down tyranny!