You are here: Home / SHTF Plan / Cliven Bundy’s Trial Begins: Will Freedom Ring? Why The Stakes Are So High 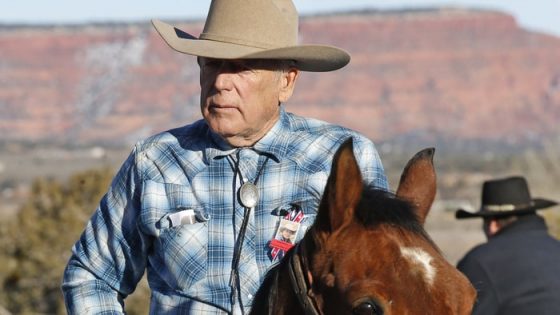 Cliven Bundy is now set to face a federal jury for standing up to the government over land rights. In 2014, Bundy stood against the government and their out of control takeover of “public lands,” and is accused of leading an armed standoff against federal agents.

The government’s land grab isn’t new, but it is an abuse of power. And the second amendment was not written so people could hunt, but so that they may protect themselves against those who would abuse them; including their own government. So there shouldn’t really be a trial if this is truly the America we are told about. But there is, and the stakes are high. Will the jury see just how tyrannical the government has become and see Bundy for the freedom-fighter he had to become? Or will see a traitor who didn’t want to pay the exorbitant fees levied on him for trying to exercise that freedom.

Jury selection began yesterday for the trial. Bundy, who is 71-years-old, along with two of his sons, Ammon and Ryan Bundy and independent militiaman Ryan Payne, are accused of assault on a federal officer, carrying firearms in relation to a crime and other felony conspiracy charges.

This week’s proceedings are the culmination of a cumbersome array of drama that has gone down since the initial standoff. Ammon and Ryan Bundy and several other armed occupiers were acquitted for staging an armed takeover of the Malheur National Wildlife in Oregon, an event that was inspired by the Nevada standoff. And there have since been several more failed attempts by federal prosecutors to convict some of Bundy’s lower-level associates in Nevada, which have included hung juries and acquittals on certain counts.

The stakes are high for the government as they desperately seek a conviction of those who dared to stand up to their power grab. Allies to the government are more than desperate to see the government validated in their abuses against Bundy and others. Joan Anzelmo, a retired federal land manager and frequent Bundy critic, says an acquittal of the family patriarch and his closest associates would send a chilling message to federal employees in the West. And indeed it would. It would send the message that people are tired of being treated like slaves by the government.

“People are going to take notice and say, why are we doing this job, why are we taking care of these places when federal laws can be ignored,” Anzelmo says. The Bundys’ self-described “range war” over control of federal land began as a fight about the overreach and federal government’s expansion of power. The Bundy’s are descendants of Mormon pioneers and have long refused to recognize the federal government. They’re also some of the last remaining cattle ranchers in southern Nevada, as land has been squeezed by booming development in Las Vegas as well as the expansion of solar development and tougher environmental protections.

“There is a serious amount of government overreach in general and especially here in Nevada when it comes to our lands,” says John Moore, a former libertarian state legislator, and Bundy family friend. “I’m a firm believer that it’s the state’s land, not the federal government’s.”

When Cliven Bundy first appeared at his arraignment last year, he refused to even enter a plea because the rancher doesn’t recognize the federal court system.