You are here: Home / Zero Hedge / China Deploys Jets To South China Sea, As US Simulates War With North Korea

Late last week, China for the first time confirmed the deployment of its J-11B jet fighters to the heavily disputed South China Sea islands. Footage was released by Government-run China Central Television (CCTV) in the form of military propaganda directly challenging the United States and its allies in the disputed waters. The footage confirmed the aircraft are residing in various hangars on Yongxing island, a Chinese name for Woody Island, which is in the contested Paracel Island chain. 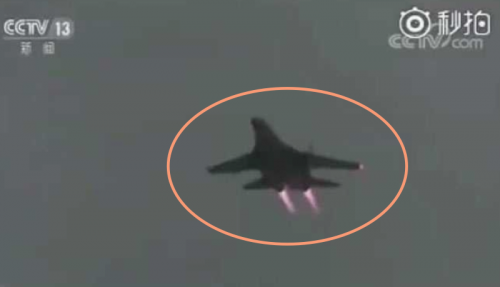 According to Global Times, “the presence of the bombers showcases China’s improving air and sea control in the South China Sea.” Breaking down the footage, there appears to be more than one J-11B aircraft participating in sophisticated nautical combat exercises around Yongxing island. At the end of the video, there is evidence that the creation of infrastructure to support the aircraft was built in the form of speciality hangars.

For some time, China has been hesitant to station its fighters on the island because of the harsh conditions. In solving these environmental issues, the Chinese military built “thermostabilized hangars which boost the jet fighters’ durability and resistance to the island’s humidity and high temperatures,” enabling longer deployment rounds said the report.

Yongxing island is mission critical to the Chinese air and sea superiority in the heavily disputed waters because of its 3-km-long airport.

In recent times, China has added near 3,200 acres of land on seven features (which includes rocky outcrops and reefs) over the past three years through its controversial nation building in the disputed waters. Despite the rich resources in the South China Sea, more than $3 trillion in trade pass through the area giving China a majority advantage of control. Complicating matters, the Philippines, Vietnam, Malaysia, Taiwan and Brunei also have overlapping claims. 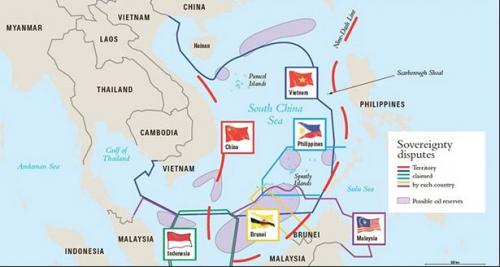 The Center for Strategic and International Studies think tank warned earlier this year that the three man-made islands in the South China Sea allow China to deploy fighters and other various weapon systems to the area, thus inducing a more hostile region. All three islands can support about “24 fighter jets and four larger planes, including surveillance, transport, refueling or bomber aircraft,” said Japan Times.

Meanwhile, just north of the South China Sea– in the Sea of Japan, the United States has just kicked-off the “largest-ever” joint aerial drills with South Korea simulating war with North Korea. This drill was spur of the moment after Pyongyang launched its most advanced ICBM, one which experts warned, the range of the rocket can hit anywhere in the United States. Some 230 aircraft and up to 16,000 soldiers and airmen are taking part in the drill, which is on the biggest ever of its kind.

What is perhaps most troubling is that as war drums beat ever louder in the Eastern Hemisphere, with China deploying fighters to its contested South China Sea islands, while the US prepares for war against North Korea, most Americans obsess over the latest sexual harassment scandal.