US regulators aren’t yet comfortable with bitcoin ETFs (although a quad-levered S&P ETF is just fine for mom and pop), but apparently options and swaps are another story.

This week, the CFTC took a bold step forward in terms of granting institutional investors access to the bitcoin market, approving the creation of the first SEF or Swap Execution Facility. Previously, traders who wished to place bets in bitcoin derivatives markets were forced to operate in markets that were strictly OTC. But now the agency has issued a registration order to LedgerX, granting it status with the CFTC as a Swap Execution Facility, in the process approving bitcoin options trading. 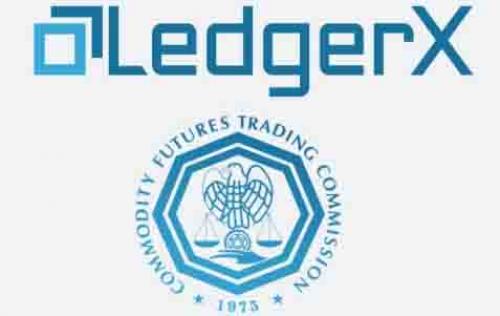 SEFs are platforms for swap trading that were created under Dodd-Frank to bring tighter regulatory scrutiny to derivatives markets. By authorizing the first SEF for bitcoin options, the CFTC is effectively clearing the way for institutional traders like hedge funds and CTAs to participate in those markets.

“LedgerX is an institutional trading and clearing platform which has been patiently waiting for full regulatory approval from the CFTC to trade and clear options on bitcoin.

Back in May, LedgerX closed an $11.4 million series B financing round led by Miami International Holdings Inc. (MIH) and Huiyin Blockchain Venture Investments. In return, MIH received 10-year, exclusive global rights to license equity or fixed income products related to digital currencies developed by LedgerX and to develop its own equity or fixed income derivatives based on such LedgerX products to be listed on MIAX Options and MIAX PEARL, MIH’s second options exchange.

The CFTC’s approval is hardly a surprise.

According to CryptocoinsNews reports, the CFTC previously appointed Paul Chou, CEO and founder of LedgerX, as a bitcoin trading expert to its technical advisory committee. The committee advises the CFTC on the impact of technology innovations for the securities market and financial services, along with the regulatory and legislative response to the growing use of technology in the markets. So, the head of LedgerX was effectively given unfettered access to lobby the CFTC to grant his own company favorable status.

The CFTC officially recognized bitcoin as a commodity in September of 2015 when it went after Coinflip for operating a platform for trading bitcoin options without the proper authorization. Since the agency effectively asserted its dominance over the bitcoin market with that decision, this is the first time it has given its blessing to an bitcoin optons trading platform. Expect a burst of institutional trading activity to follow.

The thinking here perhaps is that in a market starved for volatility, granting “big boys” the ability to trade with massive leverage on what is already the most volatile asset class in the market, is just what some funds need to make their year as they swing for the fences with 20x (or more in) margin. Instead, we fail to see how this turbocharged volatility – which will result in even more vol in the underlying the same way S&P options “traders” manipulate the underlying index – does not end in tears.