Another day, another CBO score for another version of the GOP’s healthcare bill. This time, the agency estimates that McConnell’s “Better Care Reconciliation Act” legislation would lower the federal budget deficit by $420 billion over the next 10 years by reducing spending for Medicaid and subsidies for nongroup health insurance.

As The CBO notes, those effects would be partially offset by the effects of provisions not directly related to health insurance coverage (mainly reductions in taxes), the repeal of penalties on employers that do not offer insurance and on people who do not purchase insurance, and spending to reduce premiums and for other purposes.

Effects on the Federal Budget

CBO and JCT estimate that enacting this legislation would reduce federal deficits by $420 billion over the 2017–2026 period (see figure below). That reduction is the net result of a $903 billion decrease in direct spending partly offset by a $483 billion decrease in revenues. 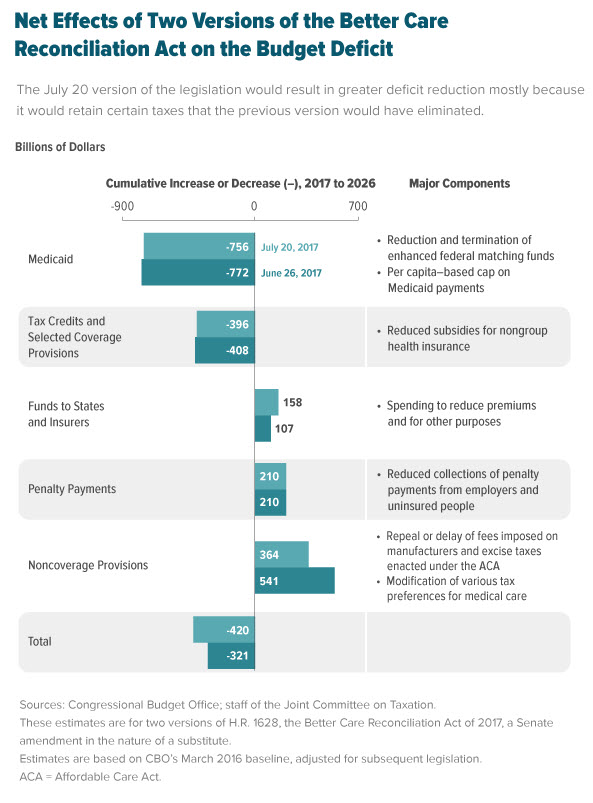 However, the other side of the coin is that, according to CBO and JCT’s estimates, in 2018, 15 million more people would be uninsured under this legislation than under current law.