You are here: Home / Editor's Picks / Brandon Smith: “A Full Spectrum Crisis Is About To Take Place… Public Will Be Completely Distracted While The Elites Push Their Agenda”

The following article was originally published by Brandon Smith of Alt-Market.com at Personal Liberty. 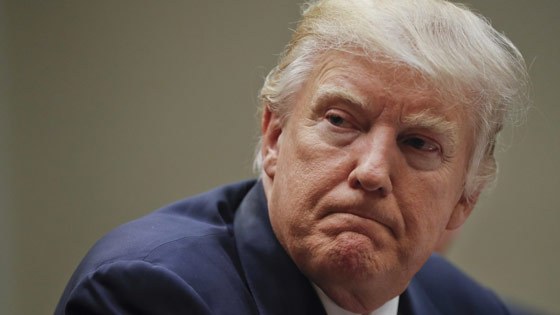 The Real Reasons Why Trump Has Flipped On His Campaign Promises

Back in December of 2016 I wrote an article titled ‘Trump Is Exactly Where The Elites Want Him’, which I think was very difficult for a large part of the liberty movement to read and accept. In that article I outlined the future of the Trump presidency; a future dominated by Washington insiders, Goldman Sachs internationalists and Neo-Con warmongers. Trump, at the very onset of his administration, broke one of his most important campaign promises — to “drain the swamp.” Instead, he filled his cabinet with all of the same swamp creatures he originally attacked; the same swamp creatures Hillary Clinton was notorious for serving.

I also warned in numerous articles that because of this initial broken promise, conservatives should not expect that Trump would fulfill most if any of his original plans. In the BEST CASE SCENARIO, Trump is surrounded by enemies dictating policy from every corner and corridor of the White House.

This article, of course, triggered quite a bit of wrath from hardcore Trump supporters. And, of course, time has so far proven I was right yet again.

The only argument at this point in defense of Trump is that it is still very early in his first year and that no president should be expected to accomplish much in just a few months. Okay, I’ll entertain that notion, but let’s be realistic here and look at the current circumstances.

As I write this, Congress is on the brink of forging a spending bill which essentially removes ALLbacking for Trump’s original projects, including the southern border wall. Now, given, the bill only provides funding for government until the end of September, but we have witnessed very little resistance from the Trump administration so far. Are we about to see the Republicans roll over yet again in the name of avoiding a government shutdown? I would say yes, for now.

This is one area where Trump could light a firestorm. By forcing a government shutdown, a real fight for conservative national projects and spending cuts could take place. Yet, we are still struggling with the broken monstrosity of Obamacare, we have yet to see any plan for defunding Planned Parenthood, the border wall looks to be a distant dream and military spending is slated to increase by $54 billion. At this point Trump supporters are left wondering where their limited government pit bull negotiator disappeared to?

While Trump recently indicated that a shutdown in September may be a good thing for the U.S., I’m just not buying it.

On the foreign front, Trump has been backing off of his threats against NAFTA. In an interview with The Wall Street Journal, Trump explained his decision by saying that he is “a nationalist and a globalist.” Yikes.

Trump has now also refused to label China a currency manipulator, which was an action many originally thought he would pursue. This decision, in my view, is likely in preparation for a strike on North Korea; a war no one asked for and which America cannot possibly afford at this time. China’s move to step back from its protective stance with North Korea supports my longstanding argument that Eastern nations are completely tied to globalist geopolitics; meaning, they do what they are told. If China remains hands-off, a conflict with North Korea is nearly a certainty.

This kind of saber rattling would be contrary to Trump’s position on Iraq during his campaign, which was, to summarize his many remarks, a quagmire, a mess of a war that made little sense and gained America nothing. If Iraq was a mess, then what will North Korea be with its far better armed military and more ideologically dedicated soldiers? A war in North Korea would take twice as much time and capital to complete, but maybe that is the point…

So, the question is, why has Trump flipped so completely and so quickly on is political positions since November of last year? I believe there are at least two identifiable reasons.

That said, Trump’s support from many conservatives has not been as blind and faithful as the globalists might have hoped. We remain rather critical, and thankfully, ever watchful. We are not a zombie mob that can be easily exploited by some fearless leader on a white horse; unlike Obama’s sycophantic army of liberal followers, we still retain our principles.

This does not necessarily save us from being scapegoated by internationalist propaganda in the years to come. I have heard many argue that Trump’s sudden flip-flop negates the idea that Trump is a conservative scapegoat because “he is not acting like a conservative.” These people are oblivious to human psychology.

The fact is, Trump ran on a conservative nationalist platform, and his rhetoric continues to fuel his nationalist image, even if his actions do not. The globalists will paint him as a conservative and the majority of people around the world will continue to accept this narrative because rhetoric is often more powerful in people’s minds than tangible results. Liberals in particular will never let go of the idea that Trump is a conservative because they desperately long for vindication that conservative principles are “evil.” Every mistake Trump makes, though not conservative at all in nature, will be blamed on conservatism and nationalism as a whole. From what I have seen so far, the only people that are rationally critical of Trump as a conservative are actual liberty minded conservatives.

Yes, we despise the crazed cultural Marxists of the social justice cult, and we are rightly concerned about the liberal population’s shift towards full bore communism. Plus, we do not like Islamic extremism and won’t tolerate it within our borders. But we also are not too keen on the idea of being puppets for a fake conservative government, either.

This is one reason I believe Trump has suddenly flipped; the globalist scheme to co-opt the liberty movement and constitutional conservatives has failed. It is a scheme I warned about months before the election in my article ‘Clinton vs. Trump And The Co-Option Of The Liberty Movement’. At this time, there is no point in Trump continuing to play his role as a stalwart of sovereignty. We have not been won over in a way that makes us easy to manipulate, which means we might not support certain globalist initiatives like martial law in the wake of a crisis, a national federalized ID card in the name of immigration control, regime changes in Syria or North Korea, etc. We may even organize in opposition to such measures.

This leads to the next reason why I believe Trump has so swiftly reversed his positions: Perhaps he and his establishment handlers no longer need to maintain the conservative sovereignty facade because a full spectrum crisis is about to take place; a crisis so consuming that the public will be completely distracted while the elites push their agenda forward and blame conservatives at the same time.

The move against North Korea may be part of this event. By itself, North Korea would be a very cumbersome regional war that could bankrupt the U.S. (officially bankrupt as opposed to technically bankrupt). The level of determination to increase tensions with North Korea is truly astounding. I have not seen such senseless rhetoric from the White House since the Iraq War. Obama was a war crazed lunatic, but with Trump and North Korea, there doesn’t even seem to be much of an attempt at an explanation as to why a war is suddenly necessary. It just seems to be scheduled to happen.

However, I continue to believe that a greater crisis is brewing that is economic and global in nature. With numerous financial bubbles artificially inflated over at least eight years of central bank stimulus, the question is not “if” but WHEN the system will enter the final stages of its ongoing collapse.

The behavior of the Trump administration may be nothing more than poor timing or poor planning on the part of the globalist establishment. Perhaps they just didn’t play this part of the long game in an expert manner. But, I tend towards caution rather than naive hope and unicorns.

The record setting flip-flop by Trump should not be taken lightly or simply treated as aimless schizophrenia on the part of the White House. While the Obama administration flipped on numerous campaign promises, they did so subtly while maintaining their lies in a strategic way for two full terms. This is not what is happening today. Trump’s dramatic change, in my view, should be taken as a signal that a much greater game is afoot, with far higher stakes. It should also be treated as a sign that if a crisis is on the verge of being engineered, then it will be happening rather soon, perhaps before 2017 is over.

There will be ongoing arguments as to whether the Trump White House has been hijacked or if it was a controlled element all along. I lean more towards the position that it was controlled all along. I have seen little to no resistance on the part of Trump against the establishment, only rhetoric. And, as I have said so many times, rhetoric is meaningless, only actions matter.

It is exceedingly positive in a way that Trump’s reversal has been so fast and so complete. It shows that conservatives and liberty champions have not been subsumed into the so called “alt-right” (a made up term designed to pigeonhole and demonize all true conservatives); that the elites miserably bungled their plans to co-opt us. That said, for every success there are consequences. It may be that our refusal to “buy into” the Trump momentum and cast off our skepticism has caused the establishment to adjust their timetable. And, when the elites do not get what they want, they tend to fall back on their tried and true tool kit of violence and disaster.

With global tensions spiking, thousands of Americans are moving their IRA or 401(k) into an IRA backed by physical gold. Now, thanks to a little-known IRS Tax Law, you can too. Learn how with a free info kit on gold from Birch Gold Group. It reveals how physical precious metals can protect your savings, and how to open a Gold IRA. Click here to get your free Info Kit on Gold.