You are here: Home / Zero Hedge / Bitcoin Cash Is Now The 3rd-Largest Digital Currency After 100% Climb

Bitcoin cash has existed for barely 24 hours. Yet its price has doubled as an increasing number of digital currency exchanges have enabled trading in the bitcoin twin, making it the new third-largest cryptocurrency by market capitalization (supplanting Ripple). 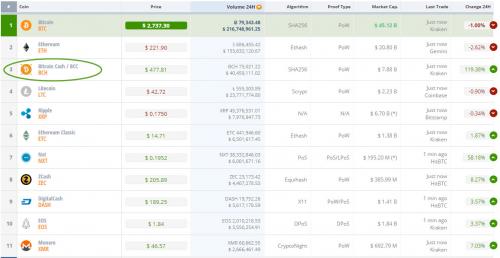 Bitcoin cash, which started trading yesterday on the Chinese exchange OkCoin at $270 a coin peaked above $900 early Wednesday before retreating to $660 in recent trade. Bitcoin cash’s performance shows that torrid demand for digital currencies hasn’t been affected by the SEC’s ruling that ICOs must now register as securities. Bitcoin cash was created after a small group of bitcoin users who rejected a competing proposal to update the bitcoin software opted to “fork” bitcoin into two separate digital currencies with slightly different features. 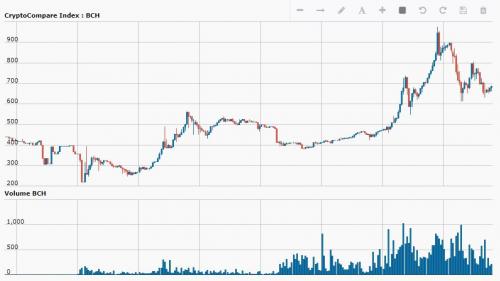 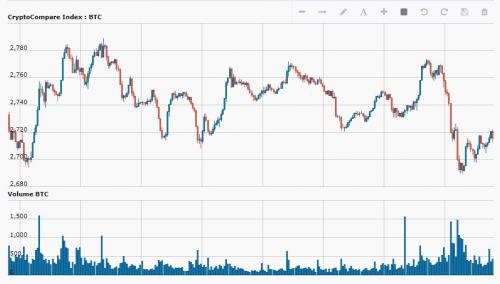 But some analysts are saying that relatively thin trading volumes are distorting bitcoin cash’s price. Bitcoin users received free bitcoin cash as part of the split, but are having trouble accessing the coins as exchanges scramble to update their wallet software.

“We just had the fork 24 hours ago. Price discovery in these markets isn’t optimal because you can’t withdraw bitcoin cash yet. The exchanges haven’t figured out their wallets. It’s a super illiquid market. I wouldn’t read into the price of bitcoin cash just yet,” said Chris Burniske, former blockchain analyst at ARKInvest and author of the book “Cryptoasset.”

The rise in price could also be due to a “wealth effect” brought on by the launch of the new currency. As part of the network split, all bitcoin holders received a sum of bitcoin cash. But investors needed to have their coins stashed on the right exchange, or possess a certain degree of tech savviness, to access those coins, said Charles Hayter, CEO of CryptoCompare.

“Bitcoin and BCH should see negative correlations. Perhaps the hold up on bitcoin and rise of BCH has been the thin supply of the latter,” Hayter said.

Hayter published an explanation of how bitcoin cash works and how it differs from bitcoin on his website, CryptoCompare.com.

“Bitcoin Cash (BCH) is a hard forked version of the original Bitcoin. It is similar to bitcoin with regards to its protocol; Proof of Work SHA-256 hashing, 21,000,000 supply, same block times and reward system. However two main differences are the the blocksize limits, as of August 2017 Bitcoin has a 1MB blocksize limit whereas BCH proposes 8MB blocks. Also BCH will adjust the difficulty every 6 blocks as opposed to 2016 blocks as with Bitcoin.

Bitcoin Cash is a proposal from the viaBTC mining pool and the Bitmain mining group to carry out a UAHF (User Activated Hard Fork) on August 1st 12:20 pm UTC. They rejected the agreed consensus (aka BIP-91 or SegWit2x) and have decided to fork the original Bitcoin blockchain and create this new version called “Bitcoin Cash”. Bitcoin Cash can be claimed by BTC owners who have their private keys or store their Bitcoins on a service that will split BCH for the customer.”

Some investors are looking at last summer’s split between Ethereum and Ethereum classic for clues to how bitcoin cash might trade. Ethereum classic has consistently traded at a small fraction of the price of its more popular twin. 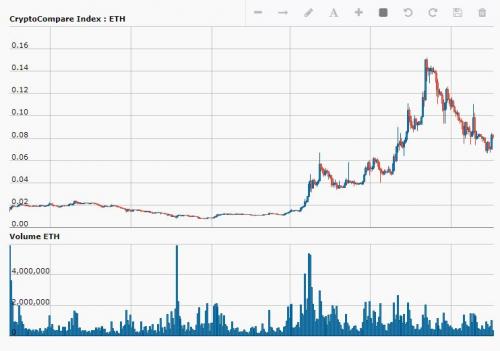 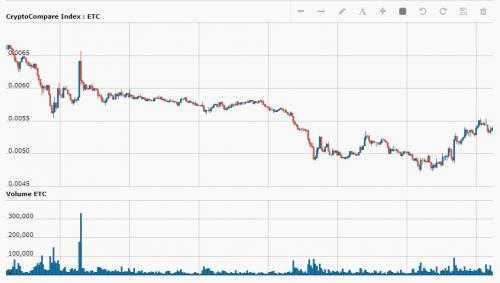 Will the same dynamic play out with bitcoin? Investors should have a better idea as some of the technical issues are resolved during the coming days and weeks.