You are here: Home / SHTF Plan / Billions Of Lives Are At Stake As China Threatens India With War 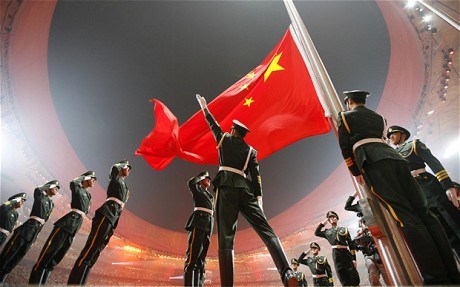 It could be argued that there’s never been a time in history, where so many Americans thought that we were on the brink of another major war. If you pay attention to the constant news stream of stories regarding Syria, North Korea, or Russia, you’d be hard pressed to deny it. In fact, a recent poll found that 76% of Americans are worried that another war will break out in the next 4 years, and 80% were afraid that we could be embroiled in a conflict with North Korea in the near future.

There’s no doubt that Americans are fraught with fear over the thought that a new war is on the horizon, especially if that war could lead to another global conflict. But most Americans forget that the world doesn’t revolve around them. They worry a lot about the their nation engaging in another world war, but they forget that there several powerful nations that could spark a global conflagration without America’s input.

Among them are China and India, who have been engaged in a border dispute for decades. That dispute has flared up once again, as China hurls threats of war with India.

The ruling Communist Party of China has issued a stern warning to neighboring India, with which it is engaged in a bitter border dispute that has recently seen Chinese live-fire drills and media speculation of extensive Indian military casualties denied by both sides.

After accusing Indian troops of crossing over the disputed Sikkim border last month, Chinese Communist Party outlet Global Times published a commentary Tuesday urging restraint by both belligerents, but warning that China was prepared to engage India in a battle for the contested land. The piece chalked up the conflict to a greater competition for economic and political dominance between the two leading Asian powers and said that Beijing would amass troops and armaments at the border in anticipation for what could turn into an all-out war.

This isn’t the first time that these two nations have been at each other’s throats over their borders. In 1962 their armies clashed, leading to defeat of the Indian army, and thousands of casualties on both sides. Based on the rhetoric coming out of Beijing’s state sponsored media, it appears that China is more than willing replicate that conflict.

“China doesn’t recognize the land under the actual control of India is Indian territory. Bilateral border negotiations are still ongoing, but the atmosphere for negotiations has been poisoned by India,” Global Times’ op-ed read.

“China doesn’t advocate and tries hard to avoid a military clash with India, but China doesn’t fear going to war to safeguard sovereignty either, and will make itself ready for a long-term confrontation.”

Of course, if war did break out again between China and India, there would be one significant differences from the Sino-Indian war of 1962. This time around, both nations would have hundreds of nuclear weapons. And it’s possible that Pakistan, another nuclear armed nation that India has fought border disputes with in the past, could also be swept into the conflict. It should go without saying that billions of lives are at stake every time these nations hurl threats of war at each other.

Americans often worry about various geopolitical hotspots that could drag our nation into a world war. But they shouldn’t forget that there are plenty of places where another global war could start without our country ever lifting a finger. The whole planet is a powder keg.

Seven places Where WW3 Could Start at Any Time: “Your Best Chance At Survival Rests In Your Ability To See It Coming”

Retired Green Beret Warns: “There Could Be A Nuclear Strike Against The United States Coming Soon”

The Government’s Plan To Survive Nuclear War Doesn’t Include You: “There Won’t Be Enough Bulldozers To Scrape The Bodies Off The Streets”