You are here: Home / The Daily Sheeple / Being Open-Minded Literally Changes the Way You See the World, Says New Research 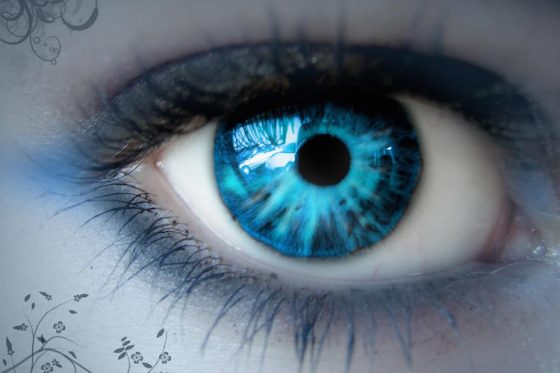 According to new research, open-minded people don’t just see the world differently in an ideological sense, but in a new study entitled, ‘Seeing it both ways: Openness to experience and binocular rivalry suppression‘, psychologists have found that being high in openness can actually change visual perception.

Openness to experience is considered one of the ‘Big Five’ dimensions of personality which umbrella all other descriptive aspects of personality. It is characterized by a proclivity towards creativity and an interest in aesthetics and ideological thinking. Artists, musicians, and writers would all be considered high in trait Openness. The big five also includes Conscientiousness, Neuroticism, Agreeableness, and Extroversion. A common way of remembering them is to spell out OCEAN, or CANOE. If you want to learn more about the big five, a good place to start would be to watch this lecture by Jordan Peterson on the subject.

After the team of psychologists gave the participants of the study a personality test, they gave them another test called “binocular rivalry.” This test showed each participant one image in each eye; one being a red patch and the other a green patch. While most people react by reducing focus to only one of the two images, people who were high in trait Openness showed the tendency to view both images as one red-green image, which may suggest a higher level of communication between the right and left hemispheres of the brain.

Overall, the results showed that openness is linked to differences in low-level visual perceptual experience. [Source]

Another very interesting study from 2015 shows that personality traits can affect a person’s ability to perceive unexpected objects while attention is focused on something else, called “inattentional blindness.”

We tested the contribution of a variety of personality traits, yet found only openness to be linked to noticing an unexpected object…susceptibility to inattentional blindness was associated with a low-level of openness to experience and marginally with a low-level of achievement motivation…This suggests that the general tendency to be open to experience extends to the domain of perception.

A famous example of this would be the ‘Gorilla Experiment.’

Personality Is Not An Entirely Fixed Attribute

A study entitled, Can an old dog learn (and want to experience) new tricks?, Shows that although everyone is born with a particular personality type, it is actually possible to expand our range of cognition with any of the big five traits. Think of it as a box-and-whisker graph that can expand in either direction depending on which way you train yourself to be.

Openness to Experience is considered to be one of the least understood aspects of personality, but research is already showing that it may be more important to understanding human perception than previously thought. These new findings show us that our personality has a large effect on our perception of the world around us and with further studies we may begin to unlock the secrets of what makes each person truly unique.

Phillip Schneider is a student and a staff writer for Waking Times.

This article (Being Open-Minded Literally Changes the Way You See the World, Says New Research) was originally created and published by Waking Times and is published here under a Creative Commons license with attribution to Phillip Schneider and WakingTimes.com. It may be re-posted freely with proper attribution, author bio, and this copyright statement.

Contributed by Phillip Schneider of www.wakingtimes.com.

Waking Times is an independently owned and operated online magazine that seizes on the transformational power of information to trigger personal revolution and influence humanity’s evolution.