You are here: Home / The Economic Collapse Blog / As The Stock Market Soars, The Numbers Say That The Real Economy Is In The Midst Of A Historic Crash
ShareTweetSubscribe 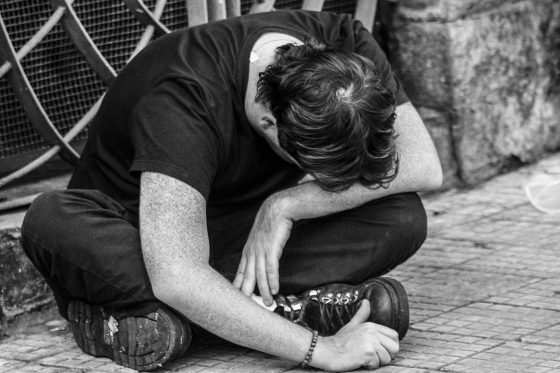 Have you been watching the madness that has been unfolding on Wall Street? Even though we are in the middle of the worst global pandemic in 100 years, and even though rioters and looters have been turning our major cities into war zones, stock prices have been going up day after day. In fact, the Nasdaq closed at an all-time record high on Monday. Sometimes people ask me to explain this rationally, and I can’t, because the Federal Reserve has transformed our “financial markets” into a total mockery at this point. The real economy is literally collapsing all around us, but thanks to Fed intervention stock investors are doing just fine. It has been absolutely disgusting to watch, and if Adam Smith could see what was happening he would be rolling over in his grave. Unfortunately, thanks to our rapidly declining system of education most Americans don’t even know who Adam Smith is anymore.

I can’t recall another time in modern U.S. history when stock prices skyrocketed as the U.S. economy plunged into a recession. What we have been witnessing has truly been extremely bizarre, and it will be fascinating to see how long it can last.

Meanwhile, the real economy is a giant mess. On Monday, the National Bureau of Economic Research finally got around to letting us know that a recession has officially begun…

It’s official: The United States is in a recession.

The National Bureau of Economic Research said Monday the U.S. economy peaked in February, ending the longest expansion in U.S. history at 128 months, or about 10½ years.

In truth, the announcement codifies the painfully obvious. States began shutting down nonessential businesses in mid-March to contain the spread of the coronavirus, halting about 30% of economic activity and putting tens of millions of Americans out of work.

And in other news, the sky is blue and the moon is not made out of cheese.

Anyone with half a brain can see that the economy is falling apart. For example, we just learned that U.S. factory orders were down 22.3 percent in April compared to a year earlier…

Having collapsed by a record 10.4% MoM in March, April factory orders were expected to accelerate even lower and it did. However, the 13.0% plunge in April was modestly better than the 13.4% MoM drop expected… but is still the worst in American history.

Year-over-year, factory orders collapsed 22.3% – the worst since the peak of the financial crisis.

Of course it is not that difficult to find a number that is even worse than that.

Just look at heavy truck sales. Last month they were down a whopping 37 percent from the same month in 2019…

The last three months have been catastrophic for segments of the trucking business, after an already tough period that started in late 2018. In May, orders for Class 8 trucks – the heavy trucks that haul much of the goods-based economy across the US – plunged 37% from the low levels in May a year earlier, and by 81% from May two years ago, to 6,600 orders, according to estimates by FTR Transportation Intelligence today.

Not to be outdone, the number of corporate bankruptcies shot up 48 percent last month compared to the same period a year ago…

Corporate bankruptcies spiked during May as the coronavirus pandemic slammed the U.S. economy, pushing the number of filings to levels recorded in the wake of the 2007-09 recession.

But every time we get another horrific economic figure, the stock market goes even higher.

The worse the news gets, the more investors seem to like it. Week after week, we have seen unprecedented numbers of Americans file for unemployment benefits, and at this point a grand total of more than 42 million Americans have lost a job since this pandemic began.

And yet investors keep taking these job losses as signs that they should buy even more stocks.

Perhaps someone should spread a rumor that a planet-killing asteroid is about to hit us, because that would probably really get investors salivating.

Of course most ordinary Americans don’t get to live in a Fed-fueled fantasy world, and this new economic downturn is hitting most of them extremely hard.

In fact, it is being reported that approximately a third of all Americans “are now showing signs of clinical anxiety and depression”…

In the wake of the COVID-19 pandemic and resulting economic crash, which triggered depression-like unemployment with 40 million initial claims filed in ten weeks, a third of Americans are now showing signs of clinical anxiety and depression, according to new data collected by the Census Bureau. This, by far, is the most comprehensive and troubling sign yet of the psychological toll inflicted on Americans due to months of lockdowns.

The Census Bureau contacted one million households between May 7 and 12, and about 42,000 responded, said The Washington Post. The survey was about 20 minutes long and buried deep within, several questions asked respondents about depression and anxiety. Those who answered provided a laggard but clearest snapshot into people’s mental state at the tail end of the lockdown, where many folks were subjected to isolationism, virus fears, and widespread unemployment.

That is the most alarming number that I have shared with you so far in this article, but I am about to share with you some numbers that are even more alarming.

In recent days, we have watched rioters destroy large sections of our major cities all across America. But when asked about “violent protests”, a surprising percentage of Americans actually support them…

There isn’t much of a racial or partisan difference over whether peaceful protests are justified now, but the gaps are larger over violent protests. Among Democrats, 42% consider violent protests justified in response to police violence against African Americans, while just 9% of Republicans agree.

Unfortunately, a lot more economic pain is on the way, and that is just going to fuel even more rioting, looting and violence.

These are definitely not “the best of times” no matter what stock market investors seem to think.

We have entered a deeply disturbing new chapter in American history, and life in this country will never be the same again.