You are here: Home / End Of The American Dream / As Businesses Flee The Violence, Will Major U.S. Cities Be Transformed Into Economic Wastelands?
FacebookTwitterSubscribe 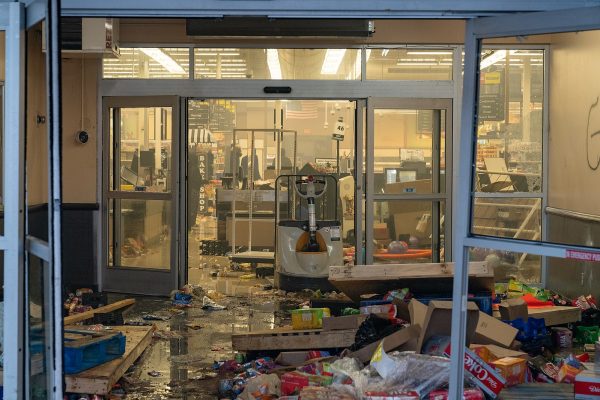 Urban communities all over the U.S. are now facing the possibility of a mass exodus of businesses, and many local leaders are freaking out because they realize what such a mass exodus will mean for their cities. In the aftermath of George Floyd’s death, peaceful protests were held in more than 300 cities all across America, and a recent CNN poll found that 84 percent of all Americans supported those peaceful protests. Unfortunately, rioting, looting and violence also erupted in major cities from coast to coast, and very little was done to suppress that violence. As a result, the core areas of many of our largest cities now resemble war zones, and in the months ahead there will be a constant threat that the violence could flare up again at any time.

Needless to say, many businesses that have been torched or looted are going to be extremely hesitant to rebuild and start over in the same location when the same thing could easily happen again.

For example, one manufacturing company that proudly operated in the heart of Minneapolis for a long time has already made the decision to leave the city for good…

The owner of a manufacturing company based in Minneapolis has decided to move his factory after law enforcement was unable to protect the plant from burning during riots.

The plant shut down early in anticipation of the second night of riots and to ensure the safety of employees, the Minneapolis Star Tribune reported. President and Owner of 7-Sigma Inc. Kris Wyrobek said a production supervisor and maintenance worker who live near the plant kept watch over the business and reported a fire at an apartment complex next door.

And in Chicago, Mayor Lori Lightfoot is saying that it will require a “Herculean effort” to prevent a mass exodus of businesses from happening…

Chicago Mayor Lori Lightfoot said it would take a “Herculean effort” to keep businesses open in disadvantaged neighborhoods after looting and damage that occurred during the first weekend of protests following the death of George Floyd.

“I’ve been on calls and text messages with people all day who fought hard to bring economic development to areas of the city, only to see the Walgreens, the CVS, the grocery store, everything vanish in an eye blink,” Lightfoot said on a May 31 call with distraught aldermen. “It’s going to take a Herculean effort on the part of all of us to convince businesses not to disappear, to come back. We’re prepared to fight that fight.”

Perhaps if a “Herculean effort” had been made to prevent the violence from happening in the first place, Chicago and other major cities would not be facing such a crisis today.

And many of the businesses that will remain open in the heart of our major cities will now look a whole lot different than they did before.

The Saks Fifth Avenue flagship store in Manhattan is now lined with barbed wire fencing and attack dogs amid weeks of social unrest in the city.

Reuters says the luxury retailer hired a third-party security firm to protect the store and associates. Amid these unprecedented times, it was found necessary to line the store with chainlink fencing with barb wire on top and private security guards with attack dogs.

Of course most other stores in New York City did not take such precautions, and many of them got absolutely gutted as a result.

Thankfully, the violence has subsided in recent days, but chaos continues to reign in some of our biggest cities.

For example, a radical group of protesters has literally taken over a large chunk of downtown Seattle and has dubbed it the “Capitol Hill Autonomous Zone”…

As protesters around the country demand that cities defund their police departments, one group of demonstrators in Seattle is out to prove they don’t need the law enforcement officers.

On Tuesday night, protesters from what is now known as the “Capitol Hill Autonomous Zone” (CHAZ) were joined by other demonstrators as they briefly occupied Seattle’s City Hall. Speakers called for the resignation of Mayor Jenny Durkan and the defunding of the Seattle Police Department before leaving the building about 1 a.m., chanting “defund SPD” as they returned to the zone.

In this “autonomous zone”, demonstrators are passing out free food to everyone and they want to show the world that society actually doesn’t need any police.

I am sure that their “utopia” will be fun for a few days, but soon they will run out of money to feed everyone and it will be very interesting to watch how they handle any serious crimes that start to happen.

Meanwhile, angry protesters all over the nation continue to attack statues, monuments and other political symbols. In fact, in one part of California there have been several incidents where American flags have been set on fire…

Police are investigating a string of arsons, targeting Citrus Heights homes with American flags on display.

At least four homes were targeted in the Sungarden neighborhood early Saturday morning. So far, police say they don’t know the motive.

A charred pole is all that’s left of the American Flag that had been flying outside Marie Nuzzi’s home.

Hopefully things will start to cool down for a while, but everyone knows that another round of senseless violence could be sparked at any moment.

Yes, some businesses will stick it out and risk being torched or looted again, but many others will leave our major cities and never look back.

In the end, this could create a new cycle of crushing inner city poverty all over America, and that is something that none of us should want to see.