This article was contributed by Lior Gantz of The Wealth Research Group. 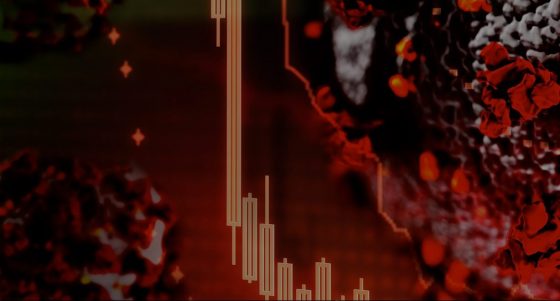 We believe that most market participants have just not realized HOW PROBLEMATIC the current situation really is. The global economy will prevail and resume growing and creating wealth, but that’s like saying that a climber will reach the summit of Mount Everest since he’s capable of doing so, even though he PRESENTLY has a BROKEN LEG and a cast on it.

If this climber — who has clearly proven his potential in the past by already reaching this peak — is getting the proper care, then it’s worth betting that he’ll recover and ascend to the pinnacle of his sport once more. BETWEEN NOW AND THEN, though, is it worth risking it all on his recovery, as if no delays and no challenges stand in the way?

America is internally DIVIDED on issues that, at least in my lifetime, haven’t surfaced since they’re so fundamental that they weren’t ever up for debate. Today, even the country’s founding fathers are cause for strife. America is FIGHTING DOMESTIC DEMONS, and though it has prevailed each and every time in the past, it has not been a SMOOTH RIDE.

The point is that there are more MINE FIELDS than lush meadows in the near-term, which is beneficial for GOLD PRICES.

Look at these countries and understand that what REALLY MATTERS is not whether or not we ENACT QUARANTINES, but (1) how early we did so (as in the case of Japan, which also happens to be an island); (2) how disciplined the population is in following the basic mask-wearing indoors and hand-washing guidelines; and (3) how ready the healthcare system is since the government wants to be confident that hospitals won’t be overwhelmed.

Beyond any SHADOW OF A DOUBT, this virus is so much less lethal than was presumed in March, but discounting it entirely as an equivalent of the flu is WRONG AS WELL.

People have died, are dying, and will continue to die. We just HAVE TO ACCEPT that, adapt to it, learn the new RULES OF ENGAGEMENT, and get busy living our best lives.

The upcoming presidential election carries a lot of weight on the fate of the economic machine in America and worldwide. We do not have CAPITALISM and FREE MARKETS anymore in their pure sense of the word. Markets have morphed and it would be naïve, fatal, and inefficient to assume we’re going back to the GOOD OL’ DAYS.

Look at America dead in the eye; it is not this LIBERTY-FIRST constitutional republic that the founding fathers envisioned.

Yes, those types of people who believe in red-blooded America are still around, but they are the minority. They don’t call the shots and they don’t hold positions of power.

America’s enemy is FROM WITHIN. What gives it strength are the common values that its citizens share in the core ideas of free enterprise and the pursuit of happiness, but if those ARE NEGLECTED or ridiculed, what is America?

Therefore, the danger is that what separates the various factions of society is greater than what binds them.

Armed militias on the streets of Georgia, for example, are a clear sign that something is TERRIBLY WRONG.

The world is MISTAKENLY BEEN LOOKING at America as a giant corporation instead of as a country.

What the global players in the financial scene give no CONSIDERATION TO is how much distress the REAL AMERICA is in.

The gravity of having so many voters feel like BOTH CANDIDATES don’t appeal to them is not all that rare, but we now have a situation in which many voters LITERALLY HATE the candidates. That, IN CONTRAST, is rare.

What’s next, then? Reducing taxes had a HUGE IMPACT on corporate earnings and we know Democrats are openly against this and will REVERSE TAXES in the U.S., which will hurt profits.

There’s a FINE BALANCE between how much the government can finance WITH DEFICITS and how much sustainable growth there is.

I wouldn’t be surprised if we saw the rise of a third party, apart from Democrats and Republicans, since there’s clearly a demand for it.

America is torn. If you believe that it can pull through without any issues, go LONG on stocks, but if you feel it’s an UPHILL BATTLE, look at gold.