You are here: Home / The Economic Collapse Blog / Are You Ready For The Great Depression Of The 2020s?
ShareTweetSubscribe 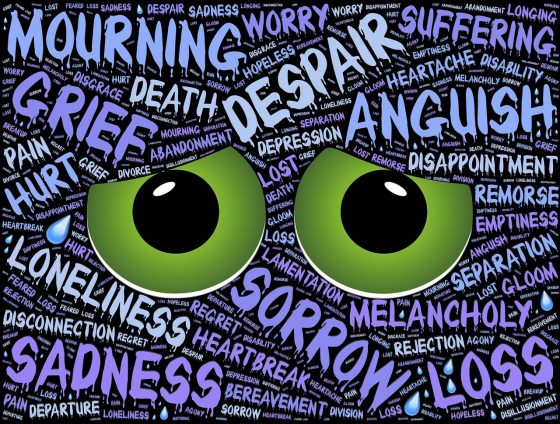 For those of you that were expecting just a “deep recession”, I am afraid that you are going to be very disappointed. It took years for the U.S. economy to fully unravel in the 1930s, but now we have witnessed a similar level of economic devastation in just a matter of weeks. More than 26 million Americans have already lost their jobs, economic activity has come to a standstill, people are lining up for miles at food banks all over the nation, and businesses are being permanently shuttered at a staggering pace. But the good news is that some states will attempt to “reopen” their economies in the weeks ahead. In most instances, there will be several stages before all of the restrictions are finally lifted, and that means that economic suffering will be stretched out for an extended period of time. And of course if cases and deaths start spiking again we could see another wave of strict lockdowns all over the country, and needless to say that would greatly escalate this economic downturn.

At this moment, so many hard working people all over America are deeply hurting.

I personally know people that have lost their jobs, and you probably do too. And because virtually nobody is hiring right now, it is going to be exceedingly difficult for newly unemployed workers to find other jobs.

Because it has an economy that is so dependent on the entertainment industry, Nevada is being hit particularly hard by this downturn. The New York Times spoke to one Nevada resident named Valicia Anderson, and she hardly knows anyone that is still actually working…

When Valicia Anderson starts to count the people she knows in Las Vegas who have lost their jobs, she runs out of fingers fast.

Her husband, the breadwinner of her family and a restaurant worker in the Rio casino. All 25 of his co-workers. Her grown son, in a temp agency. The technician who does her nails. The barber who cuts her husband’s hair. Her best friend, a waitress. The three servers and a manager at the TGI Friday’s that is her family’s favorite treat.

It has been estimated that the current unemployment rate in the state is “about 25 percent”, and that number is almost certainly going to go higher in the months ahead.

Down in Texas, they are also dealing with an oil crash at the same time that they are wrestling with this coronavirus pandemic, and this has created the worst budget crisis that the city of Houston has ever seen…

On the same day that the price for U.S. crude oil fell to about $30 below zero — a mind-bending concept and the first time oil prices had ever turned negative — Mayor Sylvester Turner of Houston, the self-proclaimed energy capital of the world, stood before reporters. His words were grim and muffled by the black mask covering his face.

The mayor announced that city employees would soon be furloughed, but he declined to say how many. The Houston Zoo, he said, could expect to see funding deferred under what he called “the worst budget that the city will deal with in its history.”

The high paying energy industry jobs that fueled an incredible real estate boom in Texas are now disappearing by the thousands, and it is being reported that many of those that are being laid off are learning the news “during painful Zoom sessions from home”…

Thousands of energy workers, some of whom only lately moved to the region to take advantage of the recent prosperity, have been laid off. Many of them were told the bad news during painful Zoom sessions from home.

Warning letters from energy companies have been flooding the Texas Workforce Commission about layoffs and furloughs: 3,500 at Halliburton, 223 at Tenaris, 184 at Baker Hughes, 102 at Diamond Offshore Drilling, 95 at Energy Transfer.

By the way, when did Zoom become such a big thing?

It seems like so many people are using it now, and I don’t understand why it is so popular.

Perhaps my readers will help me to understand this.

Getting back to the economy, at this point even the Trump administration is admitting that the unemployment rate will soon be approaching levels that “we saw during the Great Depression”…

White House senior advisor Kevin Hassett says US economy is in “grave situation” and the unemployment rate could be hitting the same numbers seen during the Great Depression due to the Covid-19 pandemic.

“We’re going to be looking at an unemployment rate that approaches rates that I think we saw during the Great Depression,” Hassett told ABC’ ‘The Week’ on Sunday.

Let’s put that into perspective for a moment.

During the last recession, we thought that things were really, really bad when the unemployment rate got up to about 10 percent.

But back in 1933 the unemployment rate peaked at 25 percent, and now we are being told that we should expect something similar here in 2020.

And of course low income Americans are being hit harder than anyone else. Just check out these numbers…

Most Americans support stay-at-home restrictions to protect public health. And yet the burden of the country’s shutdown is disproportionately falling on those least prepared to handle it: About 52 percent of low-income Americans say they or someone in their household has experienced job upheaval, compared to 43 percent of the broader adult population, the Pew Research Center found. Only 23 percent of low-income Americans say they have enough emergency funds to last them three months.

Hopefully as some states attempt “reopenings” it will help to slow down this enormous tsunami of unemployment.

As I discussed yesterday, the meat processing industry is a perfect example of this. Meat processing facilities are being shut down all over the nation, and one expert just told NBC News that we should expect shortages of meat in our grocery stores “around May 1″…

Beef, chicken and pork could be as scarce as toilet paper soon because so many meat processing plants have been temporarily shut down amid the coronavirus pandemic, industry experts are warning.

“We’ve just completed our third week of reduced slaughter and production,” Dennis Smith, a commodity broker/livestock analyst with Archer Financial Services in Chicago, said. “My guess is that about one week out, perhaps around May 1, shortages will begin developing at retail meat counters.”

So many of the things that we have been warning about for a long time are starting to happen, but most Americans still do not grasp the seriousness of this crisis.

All of the economic dominoes are starting to fall, and even if the remainder of this pandemic goes much more smoothly than anticipated, it will not fundamentally alter our current economic trajectory.

The “Everything Bubble” lasted far longer than it should have, but now that it has burst the pain is going to be absolutely immense.

And it is those at the bottom of the economic food chain that are going to be hit the hardest.