You are here: Home / The Economic Collapse Blog / Any Hope For A “V-Shaped Recovery” Has Been Completely Crushed
ShareTweetSubscribe 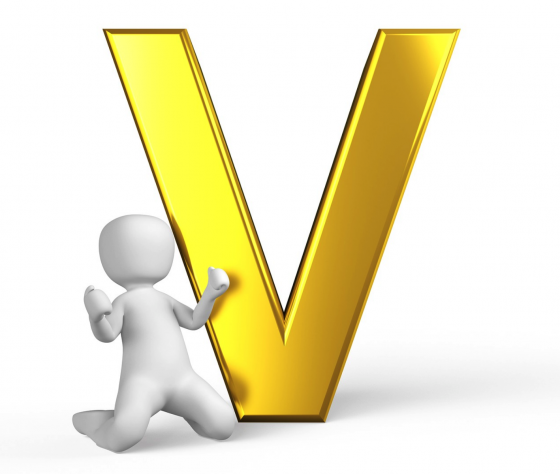 We were supposed to be well into a “recovery” by now, but instead more bad economic news just keeps pouring in. In fact, the numbers that I am going to share with you in this article are absolutely eye-popping. Initially, many of the economic optimists had been trying to convince us that we would experience a “short, sharp recession” followed by a “V-shaped recovery”. Well, at this point it has become quite clear that we can forget all about that scenario. The mainstream media is increasingly starting to use the word “depression” to describe what is happening to the U.S. economy, and the raw numbers definitely support the use of that label. For example, the Atlanta Fed’s GDPNow model is now projecting that U.S. GDP will decline by 46.6 percent on an annualized basis during the second quarter of 2020…

The GDPNow model estimate for real GDP growth (seasonally adjusted annual rate) in the second quarter of 2020 is -46.6 percent on June 25, down from -45.5 percent on June 17. After this week’s data releases from the U.S. Census Bureau, the U.S. Bureau of Economic Analysis, and the National Association of Realtors, a decrease in the nowcast of second-quarter real residential investment growth from -25.9 percent to -35.9 percent was offset by an increase in the nowcast of real business fixed investment growth from -31.1 percent to -28.2 percent, while the nowcast of the contribution of the change in net exports to second-quarter real GDP growth decreased from 0.30 percentage points to -1.27 percentage points.

If that figure is anywhere close to accurate, this quarter will be remembered as the most disastrous economic quarter that we have ever seen in all of U.S. history up to the point.

Meanwhile, the number of Americans filing new claims for unemployment benefits each week continues to surprise most analysts…

Economists surveyed by Dow Jones had been expecting 1.35 million claims.

As I keep reminding my readers, the all-time record for a single week prior to this year was just 695,000, and that record had stood since 1982.

But now we have more than doubled that old record for 14 weeks in a row.

Just think about that. After laying off tens of millions of workers, you would think that companies would be running out of people to fire, but we continue to see vast hordes of Americans file new claims for unemployment benefits each week.

Overall, more than 47 million Americans have now filed a claim for unemployment benefits since this pandemic began.

If this isn’t an “economic depression”, then how bad would things have to get for us to be in one?

Of course Congress certainly didn’t help matters by giving out such generous unemployment bonuses. Millions of unemployed workers are now bringing home more money than they did while they were actually working, and this is discouraging many from returning to work.

But that will change very abruptly in just a few weeks…

Many out-of-work Americans counting on receiving an extra $600 a week through the end of July may be surprised to discover that benefit will disappear nearly a week earlier than they expected.

The additional $600 in weekly jobless benefits provided by the federal government is officially set to end July 31. But states will pay it only through the week ending July 25 or July 26, a significant blow to unemployed workers counting on that money to bolster state benefits that average just $370 a week.

Starting around the beginning of August, all of a sudden a whole lot of people will be very interested in finding new jobs, but there won’t be many jobs available.

Thousands upon thousands of businesses have already shut down permanently, and more are closing their doors with each passing day.

This new economic downturn has been particularly brutal for small businesses. Just consider the following numbers from the Wall Street Journal…

Roughly 140,000 Yelp-listed businesses that had closed since March 1 remained closed on June 15. A large minority of that set, 41%, has shut for good, according to Yelp.

The figures have improved by about 20% compared with April data, when 175,000 businesses were closed. But the large share of persistent closures, which were spread nationwide, showed the pandemic’s stubborn hindrance to life as normal even as all 50 states have taken steps to reopen.

And it isn’t just the private sector that will be shedding jobs like crazy in the months ahead. As tax revenues collapse, state and local governments all over the nation will be forced to let workers go. In fact, it is being projected that more than 5 million of them will be laid off…

Those are not jobs that have already been lost.

Those are future job losses that haven’t shown up in the numbers yet.

And those job losses will be particularly painful, because government jobs tend to pay higher than average wages and they tend to come with better than average benefits.

As the job loss tsunami continues to roll on, the number of Americans forced to move back home with their parents or grandparents will continue to soar. Of course what we have been witnessing already is deeply alarming…

A record 32 million American adults were living with their parents or grandparents in April, according to the latest American Community Survey from the U.S. Census Bureau, an increase of 9.7 percent over a year ago. The data, analyzed by Zillow researchers, showed that 2.7 million adults moved back home in March and April, and that about 2.2 million of them were aged 18 to 25 — also known as Generation Z.

One domino after another is tumbling, and obviously economic conditions are not going to return to the way they were previously.

But this wasn’t supposed to happen.

Once the coronavirus lockdowns ended, we were told that the U.S. economy was supposed to snap back very rapidly.

Unfortunately, the truth is that our economic pain is just beginning. We have entered an extended economic downturn, and our society is not equipped to handle such a downturn at all.

As I have warned so many times, what we are facing is going to make the last recession look like a Sunday picnic, but most Americans continue to hold out hope that some sort of a “recovery” is still on the horizon.