You are here: Home / End Of The American Dream / America’s “Food Lines” Are Being Measured In Miles As Desperation Sets In All Over The Country
FacebookTwitterSubscribe 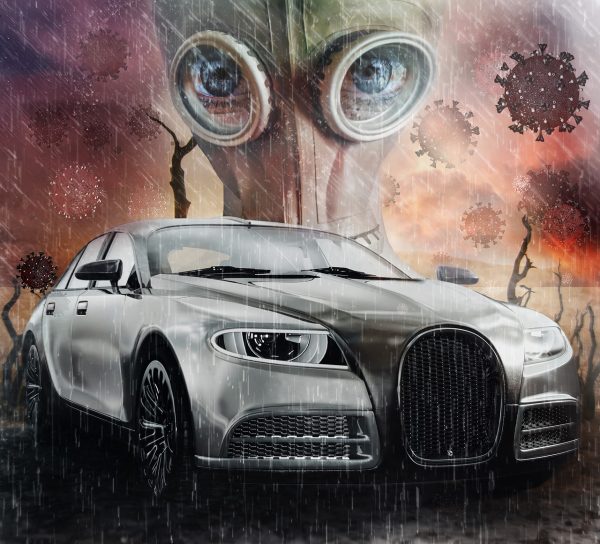 When I repeatedly warned that a large portion of the population was completely and utterly unprepared for any sort of a serious economic downturn, I was not exaggerating one bit. A survey that was taken last August found that 59 percent of Americans were living paycheck to paycheck at that time, and that wasn’t going to be a major problem as long as the paychecks kept rolling in. But now we have seen the biggest spike in unemployment in the history of our country, and millions of workers suddenly don’t have paychecks coming in anymore. In just a matter of weeks, economic desperation on a massive scale has erupted from coast to coast, and the stress that this is putting on food banks and other charities that work with the poor has been unprecedented.

Everyone has seen photos of the “bread lines” during the Great Depression of the 1930s, but in many instances the lines of vehicles that are lining up for free food here in 2020 are even longer.

For example, just yesterday vehicles lined up for “about a mile” at a “pop-up food pantry” in Van Nuys, California…

A pop-up food pantry in Southern California on Thursday drew so many people that the line of cars waiting for free groceries stretched about a mile (1.6 km), a haunting sign of how the coronavirus pandemic has hurt the working poor.

Hundreds of other people, many wearing trash bags to shelter from the rain, arrived at the one-day grocery giveaway on foot, forming a blocks-long queue in Van Nuys, in the central San Fernando Valley region of Los Angeles.

Further south, vehicles were “lined up 14 deep” at a Feeding San Diego food distribution event last weekend, and all of the food was completely gone in less than an hour…

At Feeding San Diego’s emergency drive-thru distribution Saturday, vehicles lined up 14 deep in the SDCCU Stadium parking lot for boxes filled with produce and nonperishable food. About 1,200 vehicles were served until the food bank ran out in just under an hour.

I can’t recall ever seeing anything quite like this.

Yes, things got really bad during the last recession, but not this bad.

Over the last two and a half weeks, Feeding San Diego has purchased more food than it normally does in an entire year, but it hasn’t been nearly enough to meet the crushing demand.

Of course scenes like this aren’t just happening in California. On Thursday morning, a line of vehicles that was “miles” long formed outside of a food distribution event in Las Vegas…

Food distribution for Las Vegans in need prompted a line of cars to form for miles Thursday morning in central Las Vegas.

Cars stretched from Rancho Drive, where food was being handed out at Palace Station, all the way past Valley View Boulevard.

And the Greater Pittsburgh Community Food Bank has been making headlines for quite a while now because the demand for food has been so great. The National Guard has actually stepped in to help distribute food there, and NBC News is reporting that the line of vehicles waiting for food on Monday afternoon was “over 2 miles long”…

On Monday afternoon, at one of its drive-thru distribution operations, over 15,785 pounds of food were handed out every hour. The line of vehicles wrapped down a nearby highway and stretched over 2 miles long.

BACKED UP OVER A MILE: Hundreds of Pittsburgh residents waited in line for hours to receive boxes of food from the Greater #Pittsburgh Community Food Bank amid the Coronavirus pandemic. More: https://t.co/xoYb8iJQFnpic.twitter.com/X6z2ahTQvZ

Isn’t it crazy how much things have changed in America in just a matter of a couple months?

The very first confirmed case of COVID-19 in the U.S. was announced in late January, and now here in early April we are seeing extreme desperation all over the nation.

Just yesterday, “thousands of cars lined up” at a food distribution event in San Antonio, Texas…

The San Antonio Food Bank distributed one million pounds of food to roughly 6,000 families in a single day as millions across the country turn to charity organizations to avoid going hungry amid coronavirus lockdowns.

Families in need waited hours to get their hands on fresh fruit, vegetables and other non-perishable goods that have become hard to find in traditional stores as panic-buying leaves shelves empty.

Distributing a million pounds of food on a single day is definitely an impressive feat, and they should be congratulated for their efforts.

But will they be able to do it over and over again as the economic suffering intensifies in the months ahead?

As donations from major retailers dry up, and as demand continues to escalate, food banks all over America are going to have to raise staggering amounts of money.

Even in rural areas, food banks are having to spend crazy amounts of money just to keep up with demand…

In an average month, Brian Barks, the CEO of Food Bank for the Heartland, spends about $73,000 buying food to distribute to people in need across Nebraska and western Iowa.

Meanwhile, COVID-19 is starting to cause some food production facilities here in the United States to completely shut down. Here is one example…

Tyson Foods was forced to suspend operations at a pork processing plant in Columbus Junction, Iowa this week, after more than 24 employees there tested positive for coronavirus.

On Thursday, Smithfield Foods announced that it will close its processing plant near Sioux Falls, South Dakota, after state officials said more than 80 employees there had tested positive for coronavirus.

The company will suspend operations in a large section of the plant on Saturday and completely shutter on Easter Sunday and Monday, the company said. During the shutdown, the plant will be thoroughly sanitized, and more physical barriers will be erected around workstations to isolate employees.

This is just one of the reasons why it was so important to get prepared in advance, because things can get very chaotic in a crisis situation. As I have discussed previously, food distribution systems are becoming extremely stressed around the country, farmers are having a very difficult time getting enough temporary workers during this pandemic, food production facilities are being hit hard by this coronavirus, and food banks are being overwhelmed by a tsunami of desperate people.

And of course other nations all over the globe are dealing with similar issues.

At the same time, the plague of locusts that has been hammering Africa and the Middle East has reached a dangerous new stage. According to PBS, a new wave of “billions” of young locusts are voraciously eating crops…

Weeks before the coronavirus spread through much of the world, parts of Africa were already threatened by another kind of plague, the biggest locust outbreak some countries had seen in 70 years.

Now the second wave of the voracious insects, some 20 times the size of the first, is arriving. Billions of the young desert locusts are winging in from breeding grounds in Somalia in search of fresh vegetation springing up with seasonal rains.

As I have discussed before, some of these locust swarms are the size of major cities, and once they descend on a farm they can literally eat all of the vegetation in as little as 30 seconds.

Without a doubt, this is going to cause widespread famine, and in some areas the food riots have already begun. For example, check out what just took place in Kenya…

In the Kenyan capital of Nairobi, people desperate for food stampeded, pushing through a gate at a district office in the Kibera slum. Police fired tear gas, injuring several people.

The global economy is collapsing, global food production and global food distribution systems are under an extraordinary amount of stress, and COVID-19 is going to be with us for a long time to come.

Anyone that assumes that things are going to go back to “normal” soon is just being delusional. A nightmare scenario is unfolding right in front of our eyes, and we are still just in the very early chapters.