You are here: Home / End Of The American Dream / Amazing Things Are Happening For Michael Snyder’s Campaign For Congress! 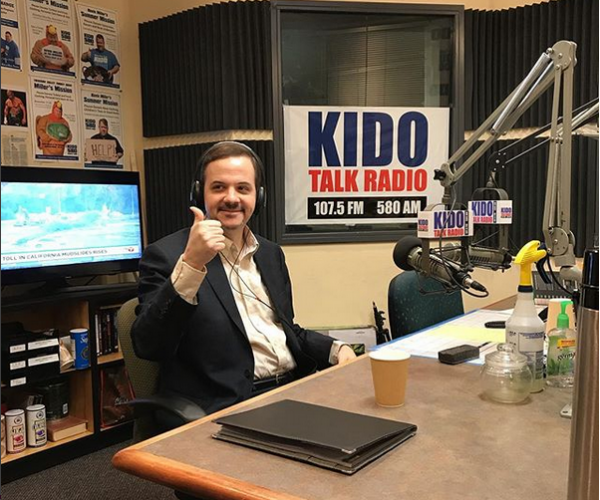 Yesterday I got back from the best campaign trip down south that we have had so far. It has been difficult for me to get to sleep these days, because I am incredibly fired up about the tremendous momentum that is building for our campaign. I am so thankful for those of you that have been donating and volunteering, because without you none of this would be possible. I thought that I was going to have to run as a “political outsider”, but so many members of the Idaho state legislature are now very enthusiastic about what we are trying to do. In fact, our campaign was just officially endorsed by Senator Dan Foreman. Dan is one of the top conservative voices in the entire state of Idaho, and to have him on our side is a major breakthrough.

If you are not familiar with Senator Foreman, the following are three short quotes from his Wikipedia entry…

-“Daniel D. Foreman (born 1953) is a Republican member of the Idaho Senate. He represents the 5th district, which covers parts of Benewah and Latah counties.”

-“Foreman graduated from Bradley University in 1975. He served in the United States Air Force for 30 years, and later as a police officer with the Moscow Police Department.”

-“Foreman introduced several bills to the legislature during his first weeks in office, including one that would “classify abortion as first-degree murder — for the mother, as well as the doctor who performs the operation — except in cases where the mother’s life is endangered.” He also introduced a bill that would reduce Idaho’s sales tax from 6% to 5%, as well as two other tax bills.”

Senator Foreman is the “real deal”, and to have him endorse our campaign is a major league gamechanger.

Over the next four months I am going to spend a lot of time in Senator Foreman’s area and the rest of the district as well. If we want to win this thing, I have got to hit the campaign trail incredibly hard, and unfortunately traveling is not cheap. If you would like to help us with our campaign travel costs, I very much encourage you to consider donating to the campaign. If you would like to donate online, you can do so right here…

During my trip down south, I was also interviewed by Idaho Education News. They are not conservatives over there, and so I was quite concerned about how the article would turn out. Fortunately, the article turned out great and the thousands of people that will read it will learn that I am a “100 percent supporter of President Trump”. If you would like to check out the article, you can find it here.

On top of everything else, I was able to get interviews with the two biggest political talk radio hosts in the entire state of Idaho on the same day. On Thursday I was interviewed by Nate Shelman in the afternoon, but it was my interview with Kevin Miller in the morning that had conservatives buzzing all over the district. If you have not seen that interview yet, you can find it right here…

Please share this video as widely as possible, because Kevin Miller is greatly respected by the conservative community here in Idaho.

We did several other events while we were down there, and a whole bunch more people indicated that they want to get involved in the campaign.

This is actually happening guys – we are actually on the verge of becoming the next member of Congress from Idaho’s first congressional district. But there are five other candidates in this race, and the primary is only four months away. We need your help more than ever, because without you we would never have enough resources to get across the finish line. If you believe in what we are trying to do, please help us today…

More than anything else, we need your prayers. We are in a full out sprint to election day, and we are doing our very best to work harder than everyone else. It is a grueling process, but we have got to put everything into this effort if we want to win.

I cannot thank all of you enough for all that you have done so far. You guys believed in me when nobody else did. At first the “political experts” here in Idaho didn’t think that we had a chance, but now they are starting to change their tune in a major way.

Four months from now, we are going to shock the entire country when we win this thing. But in order for that to happen, we need your help. We have a brief window of opportunity to take our government back, and we desperately need more good people in Congress. If you have followed my work for a long time, please help us with this endeavor.

Every generation of Americans has had to stand up for the cause of liberty, and now it is our turn. We must not abandon our Republic when it needs us the most, and I pray that you will decide to join our cause.