You are here: Home / Wake Up World / Allowing Others to Simply Be: A Key Strategy for Empaths
Print Friendly or Save as PDF 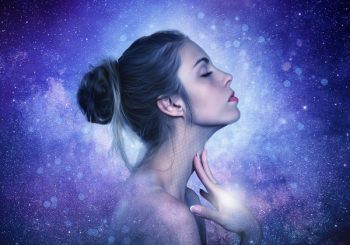 The other day I learned an interesting concept for all of us empaths: don’t let your awareness exceed your allowance.

Take a minute to digest that. I had to.

What it means is when we’re super aware or super open we pick up energy easily. Sometimes when we pick up energy easily like in crowded places, we can get irritable. Too much energy coming in from places like the mall or Disney can overwhelm us. Particularly if the people you’re around are unaware or disrespectful or name any other lower vibrational energy, it can set you off. Or bring your mood down in an instant. Ever have that experience? I know I have.

The common technique recommended for empaths is to put yourself in an imaginary bubble or some other protective type device to shield you from incoming energy. If you like that idea, go with it.

However, when we reach higher consciousness, we realize we don’t need to be protected. When your light is shining brightly that is your protection so to speak. Your higher frequency makes you unattractive to most negative people. If you are around negative people, they won’t irritate you because your consciousness is higher and you know not to let it bother you.

By noticing it and not labeling it you are not judging it. Instead, you are allowing them to be. They don’t need your approval to act the way they do. They don’t need anything from you. They are just being who they are. Who they are may not be who you are or the kind of person you prefer to be around. You’re not trying to be their friend. You just happen to be standing in line behind them at the grocery store or walking near them in the mall. They’re a random stranger whose behavior isn’t how you would act. No one said we all have to act the same, right? I mean, sometimes it would be nice, but we have to be realistic. Everyone is at a different place in their awareness level. That’s what makes the world go round.

Allowance is the Key

Here’s where the allowing comes in. Allow them to be who they are with no judgment from you. If you label them as disrespectful, jerky, rude etc what will that accomplish? Only to get yourself upset and bothered by it. The goal here is for you not to be irritated or overwhelmed.

Maybe they are talking too loudly or they smell like they haven’t bathed in a week. Again, you’re not trying to be their friend. You just happen to be in the same place at the same time as they are. Crowds bring all kinds of people. To this date I’ve never seen a mall, grocery store, concert etc that only lets in respectful, quiet, clean people. It would be nice for all of us sensitive people, but that’s probably not going to happen.

Since we can’t control who is in the same place at the same time as us in crowded areas the best we can do is notice their behavior and shrug it off with an, “isn’t that interesting” attitude. Allow them to be who they are. Like I said, you’re not trying to be their friend.

Let Your Allowance Exceed Your Awareness

If you’re hyper aware and it’s upsetting you, then you’re not allowing people to be who they are. Your awareness is exceeding your allowance. Your empath antenna is picking up too much energy and it’s bothering you. The goal is for your allowance to exceed your awareness.

Allow their behavior to roll off of you like water off a duck’s back.

Let’s use an example. Say you have a friend or relative who’s always late. By doing so it often messes up plans. While waiting for your friend you actively complain to your other friend, “So and so is always late! Ever notice that? Why can’t she ever be on time? She messes everything up because she’s always late!”

What have you accomplished by that little outburst? You might justify yourself by saying now you feel better you got that off your chest. But did you really? Instead you put your attention on her tardiness and made it bad. You judged her behavior. In the judging your mood changed. You went from possibly being excited to seeing your friend to being irritated she’s late once again.

Alternatively, if you let it go and just noticed so and so is always late, oh well, let’s move on, you wouldn’t be upset. You would move on. You would have allowed her to be who she is – perpetually late – and not let it ruin your day.

As humans we want people to be like us. We want them to have our values. Truth of the matter is, we’re not all alike. It’s ok. Diversity adds excitement and interest. We can’t and won’t all be the same.

To create harmony in our life, we usually surround ourselves with people of similar core values. I don’t mean personalities, I mean values. There’s a difference. That’s why we often marry people with the same values. It works better that way. That’s why pick friends with similar values. We tend to like people who are like us in some way.

Differences are what makes the world go round, right? 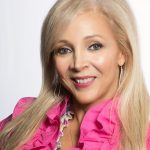 Catherine Cates has helped thousands go from doubt to making their dreams come true. With her unique blend of intuition and twenty-five+ years in the business world she helps people find direction, focus and, success.

Are you looking to create the life you desire? Catherine’s unique style as an Intuitive Visionary and Mindset Coach will get you there by raising your awareness, highlighting possibilities and identifying the best choices for your success.

If you’re ready to level-up and transform your mindset for success, it’s time to contact Catherine. Turn your life or business from ordinary to extraordinary! Reach Catherine at www.catherinecates.com, [email protected] for a free exploratory coaching session.