You are here: Home / End Of The American Dream / All Of The Coronavirus Models Were Wrong
FacebookTwitterSubscribe 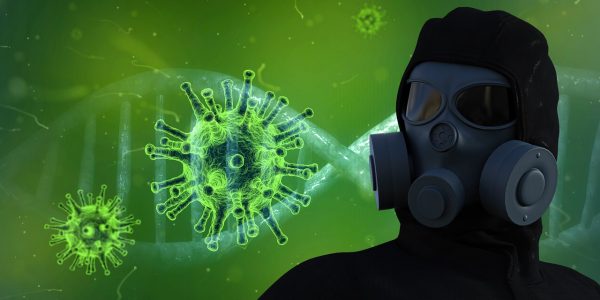 How is it possible that all of the coronavirus models could have been so completely and utterly wrong about what was going to happen? Very early in this pandemic, some models that were predicting millions of deaths caused quite a bit of panic all over the globe. In fact, a projection done by researchers at the Imperial College of London warned that 40 million people could die from COVID-19 this year alone. Obviously that estimate was dead wrong, and it has become quite clear that this pandemic is not an “end of the world” scenario. But on the other extreme, there have been a lot of models that were forecasting a relatively low death toll, and those models have been proven to be completely wrong as well.

For example, the Los Angeles Times just published a story that discussed the fact that a number of models had projected that the U.S. would not reach 60,000 deaths until “late summer”…

The death toll from COVID-19 reached nearly 60,200 in the United States on Wednesday, and confirmed cases surpassed 1 million, according to Johns Hopkins University. Some models had suggested the U.S. would not reach this milestone until late summer.

Well, we just blew by that figure and we are rapidly moving up toward 70,000 deaths.

During the 24 hour period that just ended, another 2,390 Americans died from COVID-19, and the number of daily deaths is likely to escalate as some states attempt to “reopen” in the weeks ahead.

But a prominent model that the Trump administration has been relying on very heavily had been projecting that there would not be a single U.S. death from the coronavirus after June 21st…

An influential model cited by the White House predicts that coronavirus deaths will come to a halt this summer, with zero deaths projected in the United States after June 21.

Not a single person will die in the ensuing month and a half, according to the model, which makes predictions until August.

Obviously some U.S. officials must strongly disagree with that sort of a projection, because the Wall Street Journal is reporting that the federal government just ordered 100,000 more body bags…

The federal government ordered 100,000 new Covid-19 body bags, in what officials described as preparations for a “worst case” scenario.

The giant order last week for “human remains pouches” comes as more than 58,000 Americans have died from Covid-19, according to data from Johns Hopkins University.

That would seem to be a tremendous waste of money if this pandemic is essentially going to be over in June.

Of course the truth is that this pandemic is not going to end any time soon, and every day we continue to get more indications that it is going to be much more grisly than many had originally anticipated. For instance, on Wednesday police in New York found dozens of dead bodies stored in trucks outside a funeral home…

Police found dozens of bodies being stored in unrefrigerated trucks outside a Brooklyn funeral home and lying on the facility’s floor Wednesday, law enforcement sources told The Post.

Between 40 to 60 bodies were discovered either stacked up in U-Haul box trucks outside Andrew Cleckley Funeral Services in Flatlands or on the building’s floor, after neighbors reported a foul odor around the property, sources said.

Nearly 70 residents sickened with the coronavirus have died at a Massachusetts home for aging veterans, as state and federal officials try to figure out what went wrong in the deadliest known outbreak at a long-term care facility in the U.S.

While the death toll at the state-run Holyoke Soldiers’ Home continues to climb, federal officials are investigating whether residents were denied proper medical care and the state’s top prosecutor is deciding whether to bring legal action.

While it is true that this pandemic is not “the end of the world”, nobody out there should be attempting to claim that it is a “nothingburger” either. Just check the carnage that authorities in Ecuador have been dealing with…

Front line medics in one of Latin America’s coronavirus epicenters are lifting the lid on the daily horrors they face in an Ecuadoran city whose health system has collapsed.

In one hospital in Guayaquil overwhelmed by COVID-19 patients, staff have had to pile up bodies in bathrooms because the morgues are full, health workers say.

In another, a medic told AFP that doctors have been forced to wrap up and store corpses to be able to reuse the beds they died on.

The only reason why we haven’t seen a lot of other health systems around the world get overwhelmed is because most of the planet is shut down right now.

As some parts of the globe attempt to “reopen”, it is inevitable that cases will start to surge again in those areas. In fact, that is precisely what is starting to happen in Germany.

Sadly, this pandemic has become highly politicized at this point, and there are many out there that would love to exploit it for their own nefarious purposes. For example, Hillary Clinton told Joe Biden during an online town hall that “this would be a terrible crisis to waste”…

This is a high-stakes time, because of the pandemic. But this is also a really high-stakes election. And every form of health care should continue to be available, including reproductive health care for every woman in this country. And then it needs to be part of a much larger system that eventually — and quickly, I hope — gets us to universal health care. [Biden nods] So I can only say, “Amen,” to everything you’re saying, but also to, again, enlist people that this would be a terrible crisis to waste, as the old saying goes. [Biden nods] We’ve learned a lot about what our absolute frailties are in our country when it comes to health justice and economic justice.

Instead of dividing us even more deeply as a nation, this pandemic should be bringing us together. And hopefully that will happen, because even greater challenges are in our future.

But for now, we still have a very long battle with this virus ahead of us.