You are here: Home / Wake Up World / After Legalizing Weed, Unemployment in Colorado Lower Than Rest of Country
Print Friendly or Save as PDF 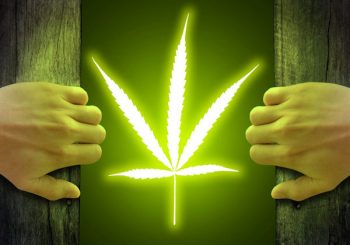 According to Governor John Hickenlooper, multiple factors have contributed to Colorado’s job growth, including the state’s business-friendly policies. He touts the state’s very low business tax rate, noting Colorado has “one of the lowest business income tax levels at just a little over 4.6 percent.”

This approach has helped create over 60,000 jobs in the clean energy sector, a fact that should please both business and environmental advocates. One of the main factors in Colorado’s successful economy, however, is undeniably the cannabis industry.

Last year, cannabis generated $1.3 billion in profit, which yielded nearly $200 million in tax revenue that the state is using for various programs, including education, substance abuse and cannabis awareness programs for youth, and even the Attorney General’s office.

Further, with over a billion dollars in business, jobs undoubtedly follow.

“These indirect impacts of marijuana legalization came from increased demand on local goods and services: growers rent warehouse space and purchase sophisticating lighting and irrigation equipment, for instance. Marijuana retailers similarly rely on other companies, like contractors, lawyers and book-keeping services, to conduct their own businesses.”

That growth has continued. In July of last year, CBSreported that according to the Marijuana Business Daily, “Colorado now has 27,000 occupational licensees, up from about 16,000 at the end of 2014, according to the Colorado Department of Revenue.”

Though clean energy jobs currently outnumber on-the-record cannabis jobs by roughly 35,000, the speed of job creation appears far quicker with weed. According to the Denver Business Journal, for example, the clean energy sector created 1,583 new jobs in 2014. By comparison, the Marijuana Business Dailyreported in May of 2014 that less than six months after legalization, the cannabis industry had already generated between 1,000 and 2,000 new jobs — roughly the same number of jobs as clean energy created in the course of the whole year.

Further, according to a 2016 Clean Jobs Colorado report by the organization Environmental Entrepreneurs, Colorado already had 62,000 clean energy jobs in 2015 — roughly where it rests now — making that industry’s growth apparently slower than the 18,000 new cannabis-related jobs the Post reported for the same year (it’s important to note, however, that some of these jobs already existed but were part of the black market and were counted as “new” when the industry was legalized).

This is promising news not just for Colorado, but the broader market. “Cannabis-related companies now employ an estimated 100,000 to 150,000 full and part-time workers, according to a new report by Marijuana Business Daily,”CBS noted last year.

As Business Insider pointed out in March, “California, home to the world’s sixth largest economy, fully legalized marijuana last November. Its state capital region alone could see 20,000 jobs created if it becomes a hub for the industry.”

According to a report from the New Data Frontier, which focuses on cannabis industry data, there could be as many as 283,000 jobs in cannabis by 2020. Business Insider points out that this figure will outpace the manufacturing industry, which is expected to lose 814,000 jobs by 2024.

In Colorado, where Governor Hickenlooper initially opposed legalization but changed his mind when he saw the positive results, there are yet to be serious negative consequences. Though Hickenlooper told CNBC it’s still “too soon to know” what the downsides may be, he remained optimistic. “We don’t see more people doing more marijuana in Colorado after legalization. It’s through a regulated process now,” he said.

It appears the only spike so far has been in jobs, coupled with other forward-thinking developments like the growth of the clean energy sector and the freedom for businesses to thrive.

Carey is the editor-in-chief of Anti-Media. Shortly after graduating from UCLA with a degree in History, she got her start making Youtube videos, which led her to Anti-Media. Besides editing, she also covers foreign policy, the war on drugs, and solution-oriented developments. Her work has been published in Newsweek, Ron Paul’s Liberty Report, and the Foundation for Economic Education.