You are here: Home / SouthFront / Accusations Against China And Its Wuhan Biolab Pile Up 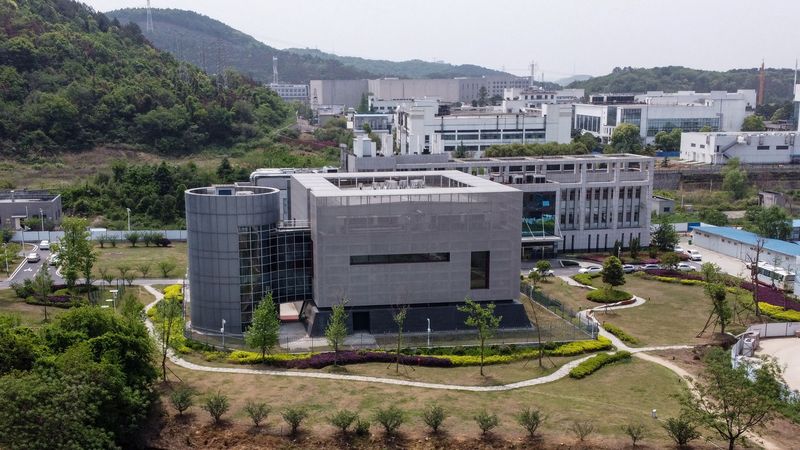 On April 18th, Yuan Zhiming, director of the Wuhan National Biosafety Laboratory responded to US and others’ accusations that coronavirus originated in the lab.

“There is absolutely no way that the virus originated from our institute,” Yuan said in an interview with the state-run China Global Television Network.

Yuan rejected theories that the yet-to-be identified “Patient Zero” for Covid-19 had contact with the institute, saying none of its employees, retirees or student researchers were known to be infected.

In his words, US Senator Tom Cotton, and the Washington Post were among those “deliberately leading people” to mistrust the facility and its “P4” top-level-security pathogen lab.

“They don’t have any evidence on this, what they rely on is only their guess,” Yuan told CGTN. “I hope such a conspiracy theory will not affect cooperation among scientists around the world.”

US President Donald Trump at the April 18th COVID-19 conference said that China should face consequences if it was “knowingly responsible” for the outbreak.

Trump just days earlier said that “more and more” the story was being heard and that US was thoroughly investigating the matter.

“What we know is that the ground zero for this virus was within a few miles of that lab,” Peter Navarro, a Trump trade adviser, said on Fox News. “If you simply do an Occam’s razor approach that the simplest explanation is probably the most likely, I think it’s incumbent on China to prove that it wasn’t that lab.”

Earlier, French President Emmanuel Macron said that it would be “naïve” to say that China was much better at handling COVID-19 than everybody else.

“Let’s not be so naive as to say it’s been much better at handling this,” he said of China’s management of the outbreak. “We don’t know. There are clearly things that have happened that we don’t know about.”

“We’ll have to ask the hard questions about how it came about and how it couldn’t have been stopped earlier,” British Foreign Secretary Dominic Raab said at a press conference.

Germany’s officials have kept silent on the matter, but the editor-in-chief of its biggest newspaper – Bild, accused the Chinese Government and President Xi Jinping of failing to even lie about the coronavirus.

In an article titled “What China Owes Us”, Julian Reichelt wrote to the Chinese president that “Your embassy in Berlin has addressed me in an open letter because we asked in our newspaper Bild whether China should pay for the massive economic damage the coronavirus is inflicting worldwide.”

“You, your government and your scientists had to know long ago that coronavirus is highly infectious, but you left the world in the dark about it. Your top experts didn’t respond when Western researchers asked to know what was going on in Wuhan. You were too proud and too nationalistic to tell the truth, which you felt was a national disgrace.”

Reichelt said that, “You rule by surveillance. You wouldn’t be president without surveillance. You monitor everything, every citizen, but you refuse to monitor the diseased wet markets in your country. You shut down every newspaper and website that is critical of your rule, but not the stalls where bat soup is sold. You are not only monitoring your people, you are endangering them – and with them, the rest of the world.”

He then noted that “surveillance is a denial of freedom. And a nation that is not free, is not creative. A nation that is not innovative, does not invent anything. This is why you have made your country the world champion in intellectual property theft.”

“China enriches itself with the inventions of others, instead of inventing on its own,” Reichelt wrote. “The reason China does not innovate and invent is that you don’t let the young people in your country think freely. China’s greatest export hit (that nobody wanted to have, but which has nevertheless gone around the world) is coronavirus.”

Bild, prior to this situation calculated that China owed Germany €149 billion for coronavirus damages. Bild said the compensation amounts to €1,784 per person if Germany’s GDP drops by 4.2 percent. The Bild article was titled: “What China owes us.”

In response, the spokeswoman for China’s embassy, Tao Lil, published an open letter to Bild in German on the embassy’s website stating that, “I followed your reporting on the corona pandemic in general and China’s alleged guilt in particular today. Apart from the fact that we consider it a pretty bad style to blame a country for a pandemic that is affecting the whole world and then to present an explicit account of alleged Chinese debts to Germany, the article ignores some essential facts.”

She added that “We note that many countries now struggling with COVID-19 have had time to prepare for the cross-border spread of the pathogen after China reported its outbreak under IHR [World Health Organization] guidelines.”