You are here: Home / The Economic Collapse Blog / About One-Fifth Of All The Jobs In The U.S. Are Already Gone, And This Economic Depression Is Just 6 Weeks Old
ShareTweetSubscribe 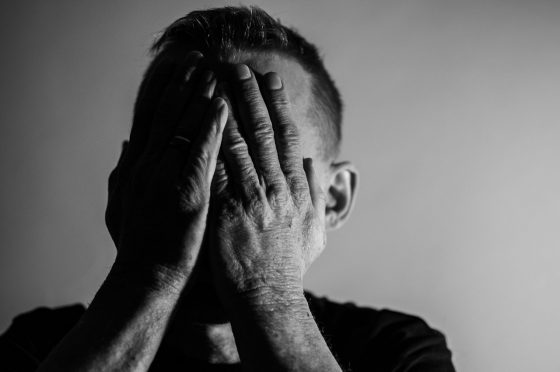 In all of U.S. history we have never seen anything like this. I have been sitting at my desk for quite a while searching for the proper words to convey the gravity of what we are facing, and to be honest it has been quite a struggle. On Thursday, we learned that another 3.8 million Americans filed initial claims for unemployment benefits last week. That was much higher than many experts were anticipating, because by now the initial surge of unemployment caused by the coronavirus lockdowns should have started to fade quite a bit. But instead, the job loss tsunami continues to roll on, and at this point a total of 30.3 million Americans have filed new claims for unemployment benefits over the past six weeks. The following comes from ABC News…

Roughly 30.3 million people have now filed for jobless aid in the six weeks since the coronavirus outbreak began forcing millions of employers to close their doors and slash their workforces. That is more people than live in the New York and Chicago metropolitan areas combined, and it’s by far the worst string of layoffs on record.

According to numbers that come straight from the Federal Reserve, more than 152 million Americans were working in February, and that was an all-time high.

So losing 30.3 million jobs in six weeks means that nearly one-fifth of all jobs in the United States have officially vanished in just a month and a half.

And actually things are even worse than that, because millions of Americans still have not been able to successfully file claims because state unemployment websites have been so overloaded. Just check out these truly alarming numbers from the Economic Policy Institute…

The Economic Policy Institute found that for every 10 people who said they successfully filed a jobless claim in the previous four weeks, three to four more attempted to apply but couldn’t get through the system to file a claim.

Meanwhile, another two people didn’t even bother to try because it seemed too hard.

State unemployment websites were never designed to handle this sort of an onslaught. For some unemployed Americans, attempting to get the benefits that they have been promised can be an exceedingly frustrating experience…

Marci Oberst sat down at her computer Tuesday and embarked on what’s become a daily ritual – trying to log onto the Maryland Department of Labor’s website so she can extend her unemployment insurance.

How is that even possible?

Sadly, this is what an economic collapse looks like, and the months ahead are going to be exceedingly painful.

Needless to say, economic activity has come to a virtual standstill during these lockdowns, and this is really starting to show up in the numbers. For example, Edmunds is projecting that U.S. auto sales will be down by more than half compared to last April…

The car shopping experts at Edmunds say that April will be a record down month for the auto industry due to the coronavirus (COVID-19) pandemic, forecasting that 633,260 new cars and trucks will be sold in the U.S. for an estimated seasonally adjusted annual rate (SAAR) of 7.7 million. This reflects a 52.5% decrease in sales from April 2019, and a 36.6% decrease from March 2020. Edmunds analysts note that this is the lowest-volume sales month dating back to at least 1990; the second worst month for sales in the past 30 years was January of 2009, when 655,000 vehicles were sold.

And major retailers are failing so rapidly now that it is hard to keep up with all the carnage.

The latest major victim to make headlines is J. Crew…

Clothing apparel company J. Crew is preparing for a bankruptcy filing that could come as soon as this weekend, people familiar with the matter tell CNBC.

Privately held J. Crew is working to secure $400 million in financing to fund operations in bankruptcy, said the people, who requested anonymity because the information is confidential. They cautioned that timing could still slip, and plans are not yet finalized.

COVID-19 has created an environment of great fear, and as I have been warning for a very long time, financial institutions tighten the flow of credit in such an environment.

We saw this happen during the last financial crisis, and it is starting to happen again now.

All over America we are seeing lending conditions being greatly tightened, and Wall Fargo just announced that they will no longer be taking applications for HELOCs at all…

Wells Fargo, one of the largest home lenders in the U.S., is stepping away from the market for home equity lines of credit because of uncertainty tied to the coronavirus pandemic.

The bank informed its mortgage personnel of the news Thursday in a conference call, according to a source, and the move was confirmed by company spokesman Tom Goyda.

I was absolutely floored when I first read that.

Our entire system depends on easy credit, and these changing conditions are going to create quite a bit of chaos for the foreseeable future. Americans are going to find that it is much, much more difficult to be approved for home loans, auto loans and credit cards, and that is going to greatly depress economic activity.

Fear is also deeply affecting U.S. consumers, and at this point they are hoarding cash at a pace that we haven’t seen since the 1980s…

Americans are so nervous about the state of the economy that they are stashing cash in the bank at a rate not seen since the first year of Ronald Reagan’s presidency.

The United States government’s Bureau of Economic Analysis reported Thursday morning that the savings rate surged to 13.1% in March — up from 8% in February.

But of course there are tens of millions of Americans that have already run through their savings and can’t hoard cash because they don’t have any left.

According to one brand new survey, many of those Americans now find themselves unable “to pay the rent, mortgage or utility bills”…

The coronavirus’ seismic hit on the U.S. economy is rattling people’s finances. Roughly 41% of working-age adults say their families have experienced a job loss, a decrease in work hours or other employment-related declines in income in recent weeks, according to a new analysis by the Urban Institute.

Underscoring the jump in financial distress around the country: More than 4 in 10 of Americans whose work was affected by the pandemic said they weren’t able to pay the rent, mortgage or utility bills; skipped medical care; or were at risk of going hungry.

Fear of COVID-19 turned out to be the “black swan event” that burst our debt-fueled economic bubble, but this economic depression would not end even if the coronavirus pandemic suddenly disappeared tomorrow.

Now that the economic dominoes are tumbling, all of the economic momentum is taking us in just one direction, and nobody is going to be able to reverse this process now that it has started.

Next week, a couple more million unemployed Americans will probably be added to our rapidly growing total, and it is just a matter of time before “great civil unrest” starts breaking out.

Our debt-fueled economy and our Ponzi scheme financial system were never going to be sustainable in the long run, and many have been warning for years that we would eventually be facing this sort of a scenario.

Now it is here, and I wish that I could tell you that everything is going to be okay and that our leaders are going to be able to put the pieces of our shattered economy back together, but I can’t.